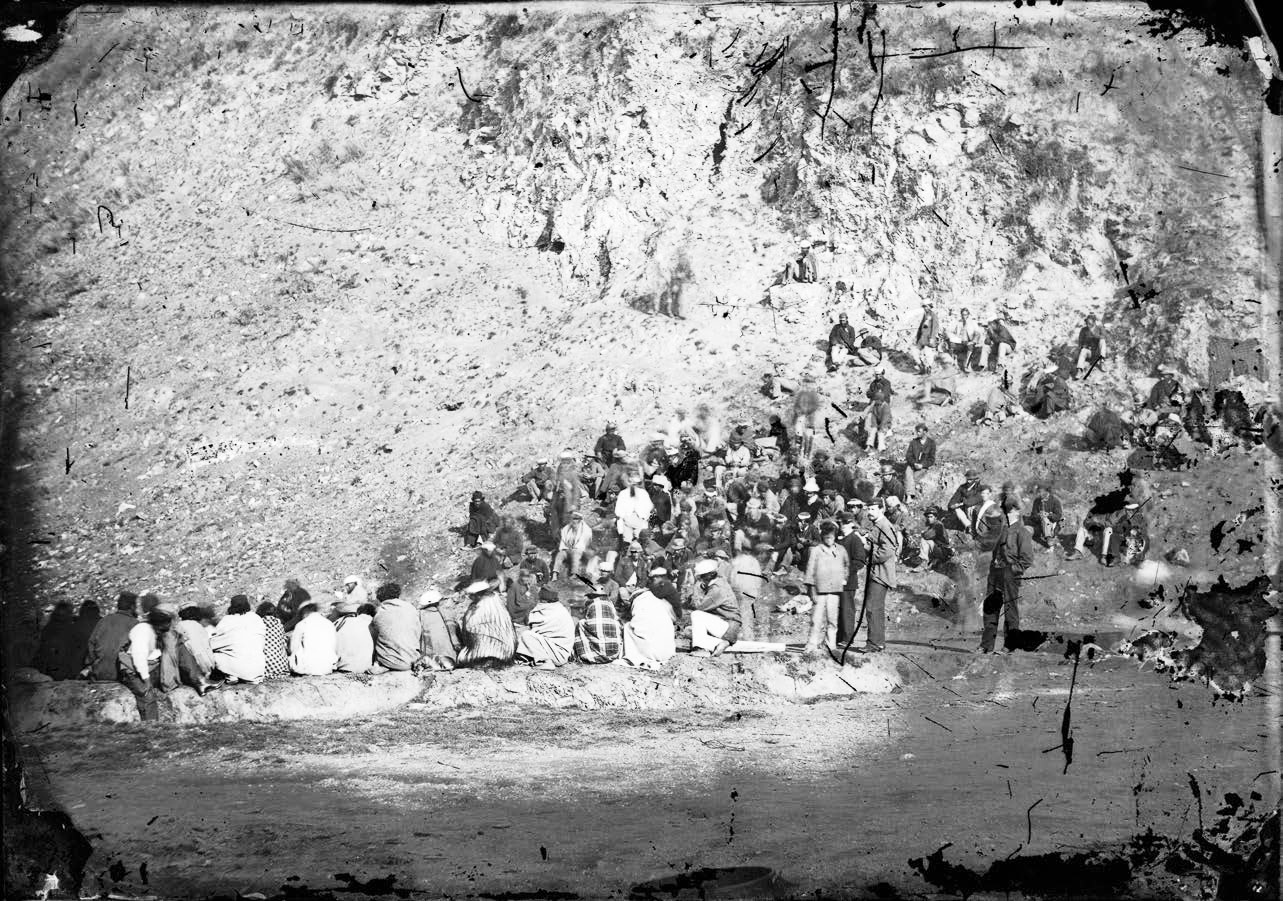 Walter Hood, a Christchurch cattle dealer, was sampling a cask of ale in the hold of the schooner Rifleman, which lay at anchor off Chatham Island, when he heard “a great hallooing and shouting” ashore. Four musket shots sounded across the bay. It was a wintery Saturday afternoon in 1868—coincidentally, July 4, United States Independence Day.

From the Rifleman’s deck a commotion could be seen on the beach. An odd flag, white with a red border, flew over the prisoners’ quarters and 15 or so Māori were making for the supply ship in a captured boat, armed with weapons taken from the redoubt’s magazine. Others overran the only other vessel in the bay, the small ketch Florence, and drove it ashore, holing it to prevent pursuit.

In the words of one report, the “precision, rapidity, and completeness” of the operation were surpassed only by the “moderation” shown to the captives (there was just one revenge killing).

The island’s entire Māori prison population was then ferried aboard the schooner―298 in all, including 64 women and 71 children. Among them was the leader of the uprising, a slightly built man in his mid-30s who signed himself Te Kooti Te Turuki.

Two years earlier, almost to the day, Te Kooti had been exiled without trial to Chatham Island—having been arrested on suspicion of spying during fighting against followers of the religious movement Pai Mārire (Hauhau) in Hawke’s Bay. Conditions on the island had been dire. Arriving in midwinter, the inadequately clothed prisoners—many of them Hauhau—were compelled to build communal shelters out of ponga and flax. They were expected to grow food to supplement the government rations, yoking themselves to ploughs to turn the soil. The doctor was an alcoholic and the guards often physically and psychologically abused their charges. The harsh climate and hard physical labour took their toll. Some 28 prisoners died of consumption and overwork, and Te Kooti himself almost lost his life to tuberculosis.

In his illness, he had fevered visions. In one, God appeared, “his head like a myriad of stars, his crown like the sun”, and gave Te Kooti two signs—a lizard, representing a new spirit world, and flame of light that did not burn; in another, Te Kooti was told that he had been appointed the mouthpiece of God.

Soon after, Te Kooti began proclaiming a new religion—identifying Māori with the Israelites and preaching God’s unconditional promise of return from exile. It was a timely message. Government officials had at first indicated that the prisoners would likely be home within a year, but in 1867, that was delayed until East Coast land confiscations had been settled. The arrival, in April 1868, of wheat seeds for a fresh round of planting signalled unending incarceration on the island and hardened their resolve to escape.

Late in the afternoon of 10 July, six days after seizing the Rifleman, the escapees made landfall at Whareongaonga, a secluded coastal settlement in Poverty Bay. There, Te Kooti sacrificed a rooster and a pig for their safe delivery from bondage. He instructed his followers to no longer kneel in prayer, but—adapting a Hauhau gesture—to “raise up your hand, stretch it out and praise our creator”.

So, from the crucible of captivity, the Ringatu faith was born.