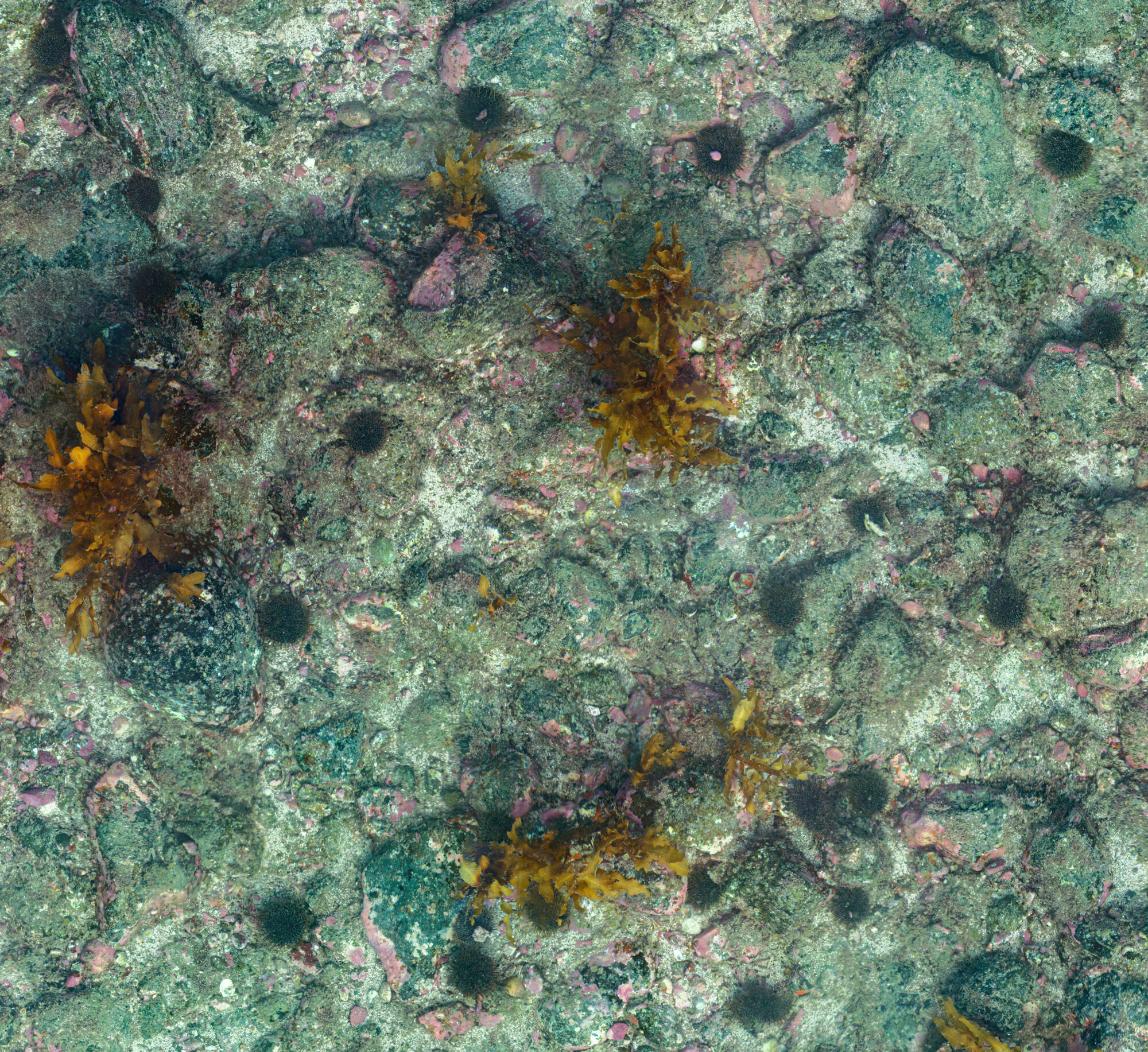 The Hauraki Gulf was once one of the must abundant and powerful ecosystems on Earth—heaving with fish, crayfish, marine mammals and birds.

Today, most species have been fished to low levels (20% or less of previous abundance), leaving the web of ecological relationships in tatters. Crayfish are functionally extinct, causing kina numbers to explode and decimating kelp forests. Scientists call this process ‘trophic collapse’—like a structurally compromised building collapsing level upon level until there is nothing left but rubble and dust. Rather than verdant and diverse reef systems, there are barren wastelands—marine deserts devoid of life. Seaweed is grazed down to its roots on the reefs and the flats are featureless plains of mud.

These barrens are being noticed across the gulf, including some of the most remote and previously pristine sites, such as the outside of Little Barrier, even the Mokohinau Islands. These sites are not affected by pollution, sedimentation or plastic, and relatively unaffected by climate change. It is the result of just one thing; consumption.

We have eaten away the structuring devices of this ecosystem—the fish, crayfish, shellfish—and left only the frail skin.

Underwater photogrammetry technology being pioneered by New Zealand Geographic lays bare the extent of these kina barrens. Developed by New Zealand Geographic and funded by the marine charity Live Ocean—established by yachtsmen Peter Burling and Blair Tuke—the Seascape project combines thousands of images in the same way Google Earth collates satellite imagery. Like aerial photos change our understanding of land use, Seascape affords us the first landscape-scale view of the seafloor. Unfortunately, it’s an apocalyptic vision.

Take Nordic Reef, for instance. In clean, clear water near Leigh, it was once one of the most lush and fishy reefs in the gulf. Scroll down a 100-metre transect of the reef, below, mapped by New Zealand Geographic’s scientist-at-large Arie Spyksma and look for sea weed, sponges or fish. (Spoiler: There is little, just kina. The inner gulf is even worse.)

If we want to fix this, we need to fix fishing… and a few other things.

A tragedy of the commons