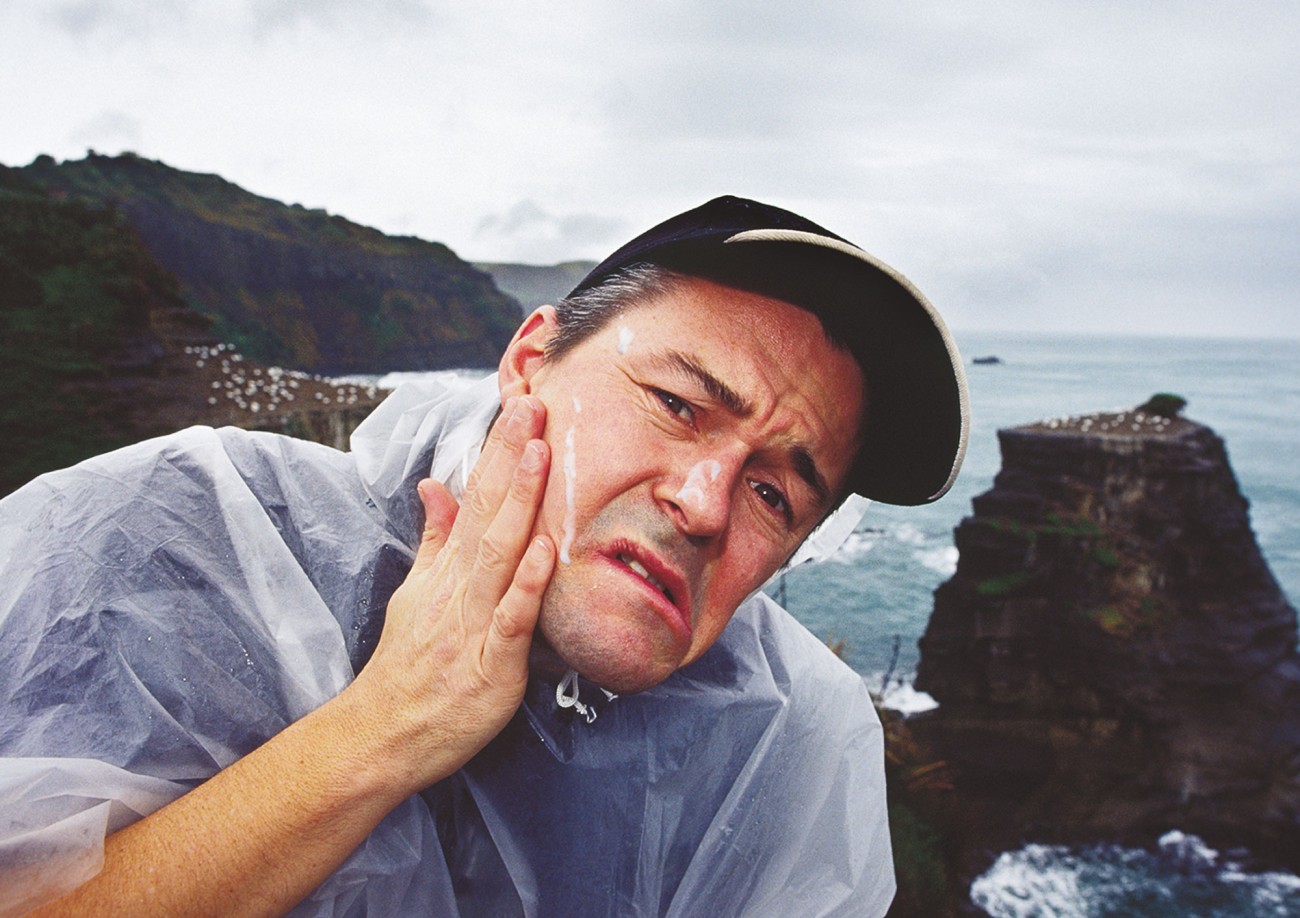 “Some weeks I went out there three or four times, looking for just the right conditions to capture the shots I had in my head”, he says. “But during early winter when the colony is deserted, I would only go there to surf.”

Some visits lasted all day, others for just a few hours in the morning or late afternoon when the light was more favourable. On some days the weather was sub­lime, at other times the rain was torrential and the wind screamed. On such days the birds would sit out the storm with their heads tucked under their wings. Richly-scented gannet droppings regularly garnished his skin, clothes and camera gear. “I’m sure the white stuff still stuck around the cracks of my camera and flash is gannet guano,” he confides.

Sometimes he saw things that upset him. Like beer bottles thrown into the colony, and fishermen hooking birds. A rock shelf below the gannetry is popular with surf-casters, and under certain wind conditions, gannets hover just out from it. Some fishermen cast regardless, not infrequently hooking a bird, which would usually end up being reeled in from the sea surface.

The aggressiveness of the birds towards each other regularly astonished him. “Any bird wanting to take off from the colony usually launched itself from the edge of the cliff, but to get there it had to make a mad dash through all the other birds, running a gauntlet of snap­ping beaks.”

Has three years of gannets satiated Jason? Apparently not. “I’m still enthralled by these magnificent creatures and I still have a long list of shots I want to capture.”