The summer of 1995-96 was the warmest for six years. December in particu­lar broke records, with a number of places in Northland, Bay of Plenty, Manawatu and Wairarapa recording highest ever December temperatures. Levin, for example, where records go back a hundred years, had a record 28.5°C on the 21st, and Te Kuiti, where records go back 33 years, had a record 32.0°C on the 3rd. Many places also had highest ever average temperatures for the month.

High air temperatures over New Zealand com­monly result from warm air masses moving down over the country from tropical latitudes. This is what happened last summer, when north-easterly airstreams affected the country more frequently than usual.

Among the more dra­matic visitations from the north are depressions formed from the remains of tropical cyclones. Fortu­nately, this season saw nothing to compare with the Cyclone Bola floods of 1988. In fact, summer was con­spicuous for the lack of tropical cyclones—possibly because of stronger than average trade winds associated with a weak La Nifia event (see New Zealand Geographic, Issue 2). The stronger trades are likely to have inhibited the formation of tropical cyclones by disrupting the low-level wind patterns necessary for their development (Issue 13).

However, there were several close encounters with decaying cyclones in March. One of these brought prolonged heavy rain to Gisborne and Hawkes Bay at the end of the month, but damage to agriculture was slight because most of the vulnerable crops had been harvested.

A much greater risk was posed by the remains of tropical cyclone Atu, which it was feared, would hammer Gisborne and Hawkes Bay with easterly gales and flood-producing rains on March 16. In the event, the low passed slightly further to the east than expected, and the region escaped with little rain.

The difficulty with forecasting the track of Atu as it left the tropics lay with timing the approach of a trough of low pressure from the west in mid-latitudes.

The tropical cyclone was moving slowly east-south­east to the north of New Zealand and was expected to swing south-south-east and accelerate as it came under the influence of the trough. This in fact happened, but the transition to a more southerly course was delayed by about nine hours from that expected three days in advance.

During this time, the tropical cyclone had moved another 150 kilometres further east, and as it swung southwards it was just far enough to the east to spare Gisborne and the rest of the North Island.

Although tropical cyclones were sparse last summer, there were a num­ber of other low pressure systems moving out of the tropics that brought heavy rain to parts of New Zea­land. One easterly storm in late January caused surface flooding in Gisborne as well as bringing record-breaking rainfall to Raoul Island north-east of the North Island. The rainfall on Raoul was 362 mm in the 48 hours up to 9 A.M. on 24 January—the highest rainfall there since records began in 1937.

The combination of high temperatures and moisture seems to have been partly responsible for reports of unusually high numbers of insects that occurred in many places around the country. In Gisborne there were reports of hundreds of thousands of Tasmanian beetles; in Christchurch, a minor plague of lady birds; fleas were a problem in Auckland, while flies were more abundant than usual in Wellington. In the McKenzie basin, fly-strike became a problem for sheep; in most years conditions are too dry for this.

Booms and crashes of insect and animal populations have been recorded as far back as Biblical times, and it is likely that the weather has had a role to play in triggering many of them. One of the ways this happens is through the effect the weather has on plants that provide food resources for animals.

For example, flowering and seed production in beech trees varies consider­ably from year to year. In years of great abundance—known as “mast years”—there can be a fifty-fold increase in productivity of seeds. In these years all three beech species (red, silver, mountain) may respond at the same time, along with other plants such as alpine tussock. Although the trigger mechanism is not completely understood, there is strong evidence that hot dry conditions in late summer and autumn will be followed by a mast year in the following spring and summer.

The abundant food supplies in mast years provide excellent conditions for the breeding of forest birds such as kaka. Indeed, in years where seed produc­tion is poor, these birds do not even attempt to breed.

A good example of the effect of the weather on bird breeding occurred in the Galapagos Islands near Ecuador during the 1982-83 El Nino. Persistent torren­tial rains caused an explosion of plant life with plentiful seeds, so that young female finches began breeding at the age of three months, whereas normally they do not begin breeding until the age of two years.

Ecologists hope that a better understanding of the cues that forests give birds as to when to breed will help with the breeding in captivity of endangered species such as the kakapo.

Mast years in the South Island beech forests are also good years for mice. The abundant flowering of the trees in spring is followed by a rapid increase in the number of caterpillars. Some of these fall to the ground, providing food for mice, which then breed more vigorously themselves. When the beech seeds fall a couple of months later, the mice benefit again. Eventually the mouse population is so large that extreme pressure is brought to bear on their food resources, and they begin to migrate from their home territories.

At this stage roads become dotted with mice flattened by cars, and trout become gorged on mice that have either drowned as they tried to cross streams, or been eaten alive as they were swimming.

The black death which decimated Europe in the fourteenth century may have been caused by a weather event impacting on the animal world. In 1332, there was a series of great floods in China alleged to have killed around seven million people and countless animals. It is speculated that in the wake of the floods there was an explosion of the rat popula­tion feeding on dead animals. When food for the rats ran low they radiated out of China, taking the bubonic plague with them. In a period of 18 months, one third of the Earth’s population from India to Iceland succumbed to the disease.

A more recent example of rodent-borne disease occurred in the USA in 1993, when dozens of people living in the Four Corners region were killed by an outbreak of hantavirus. Again the weather was involved, as heavy rains and snows in the spring of 1992 in New Mexico caused the desert to bloom, leading to an abundance of pinon nuts and grasshoppers. This was followed by a ten-fold increase in the population of deer mice, which proved to be carriers of the infection.

Food supplies are not the only way the weather can get to animals. After Cyclone Andrew devastated parts of Florida and Louisiana several years ago, an estimated 182 million fish died. The wind knocked so many trees and branches into the water that dissolved oxygen was depleted when the organic matter decayed, causing the fish to suffocate.

But the interaction between weather and animals is often more subtle than this. For example, it has long been known that browsing animals such as giraffes travel slowly upwind as they feed. It has been thought that the reason for this was to move away from predators stalking down­wind. But it has now been discovered that some trees, on being browsed, rapidly alter the chemical balance in their leaves to make them unpalatable and even toxic to animals. Some of the chemicals escape into the air when the leaves are crushed, and trees downwind can detect these chemicals and begin to alter their own chemistry before they are attacked.

The weather stories that usually make the headlines are of the type that came through from Morocco recently. Heavy rains induced a swarm of snails to emerge and cover, among other things, a stretch of the Casablanca to Fez railway, halting an express train that lost its grip on the slime.

With all these stories of the weather influencing animals, the question arises: Can animals influence the weather? Surprisingly, the answer is an emphatic “yes.” Microscopic organisms termed phytoplankton that live in the oceans in their billions play a crucial role in cloud formation. When damaged or attacked, phytoplankton release dimethysulphoniopropionate into the sea, some of which gets into the air as dimethylsulphide, which helps to make most of the condensation nuclei on which cloud droplets form.

A large change in the number of phytoplankton could have a significant impact on climate by altering the amount of cloud cover. Whether or not the meek inherit the earth, they definitely affect how much rain falls upon it. 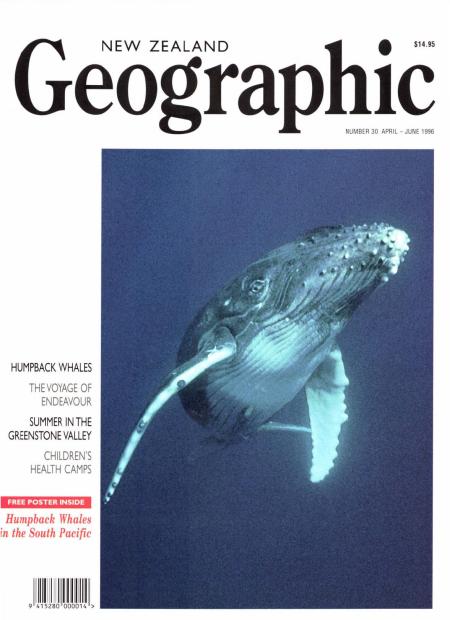