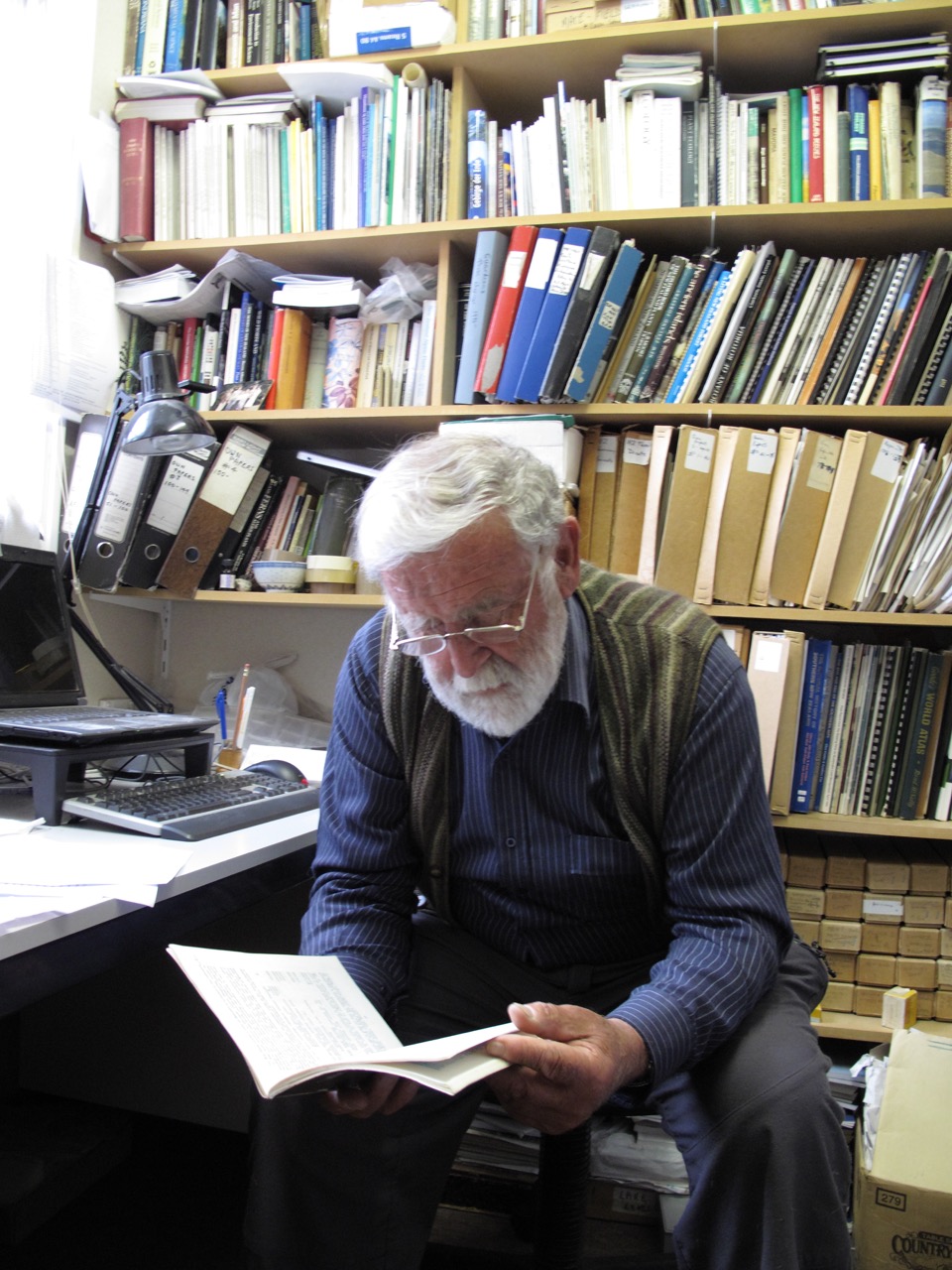 One of the subjects I asked the “old man of Manapouri” about was so-called “new conservation”—also known as anthropocentric environmentalism, pragmatic conservation and the blue-green movement—in which conservation efforts are proposed, pursued and justified not on the intrinsic value of ecosystems themselves but on their benefit to human beings.

I asked him what thought about the ecosystem services approach to conservation.

“There’s genuine value in the ecosystem services approach, and I go along with emphasising the importance of our natural systems and how dependent we are on them,” he replied. “Global warming is going to seriously affect the ability of ecosystems to deliver the services we’ve come to rely on.”

Then he spoke of the ecosystem closest to his heart: tussock grasslands. “The services that our grasslands provide are huge, but we take them for granted. For instance, our upland snow tussock grasslands are extremely valuable for maximising the production of freshwater. Any other land use, even bare land, will produce less water. Dunedin City Council recently bought a huge area of grasslands in the eastern Otago uplands for security of its water supply.”

And the term “Anthropocene,” which is being used increasingly to describe our current epoch in Earth’s history? Is this not a dangerously narcissistic word, I asked?

“I think it’s a useful term because it underscores the idea that humans have so altered the planet in terms of terrestrial and aquatic ecosystems that not only is the welfare of ecosystems in jeopardy but the welfare of the human race itself. Humans have changed the globe on a par with other geological epochs that we recognise, so it’s about time we recognised the magnitude of those changes. I don’t have any difficulty with the term if it brings a sober realisation to the disastrous impact we’re having on the earth.”

What about putting a price on ecosystem services? I had last interviewed Mark in connection with the battle for Denniston Plateau—a concerted effort by conservation groups to protect a rare upland sandstone habitat from open-cast coal mining. That battle had been lost, and the Department of Conservation had negotiated a $21.9 million compensation package with mining company Bathurst Resources for access to the plateau. How did Mark, a staunch advocate for Denniston, feel about that deal, with its monetary valuation of the plateau’s ecosystems?

He agreed there is a danger in monetising nature.

“I went to a conference a couple of years ago called ‘Valuing Nature,’ and the idea was that you can value nature but you can’t price nature,” he said. “Within a month of that conference the Director General of DOC was saying ‘We’ve priced the Denniston Plateau; it’s worth $21.9 million.’ If this is the way of the future for conservation, then, my God, where are we heading? Nature is priceless. There is no substitute for the diversity of plants and animals on the Denniston Plateau. It is so special.

“How do you value a rare lizard or a snail or a kiwi in a particular habitat? And in New Zealand we have such a high percentage of endemic flora and fauna. There is no substitute for it anywhere else in the world. We can only protect it here, and we have a huge responsibility to retain adequate representation of this highly vulnerable biodiversity. There’s no simple answer to it. We just have to keep battling for these areas for the sake of present and future generations.”

In the profile, I mentioned Mark’s admiration for Sir Charles Fleming, whose essay critical of the New Zealand Forest Service’s decision to log native forest in the Mamaku Range was published in the New Zealand Listener in 1969, almost half a century ago. I found a copy online. Here are a couple of excerpts that, sadly, haven’t dated at all:

The world, man’s environment, is being altered by human manipulation, and to form balanced judgements about our future environment we must cease being technologists and economists and become philosophers, not afraid to look at the total picture.

If we fail [to preserve sufficient expanses of native forests], posterity will be justified in accusing us of national greed, of sacrificing the quality of their lives for our dividends and Gross National Product.

Mark picked up Fleming’s gift for straight talk, and New Zealand’s biodiversity is the healthier because of it.