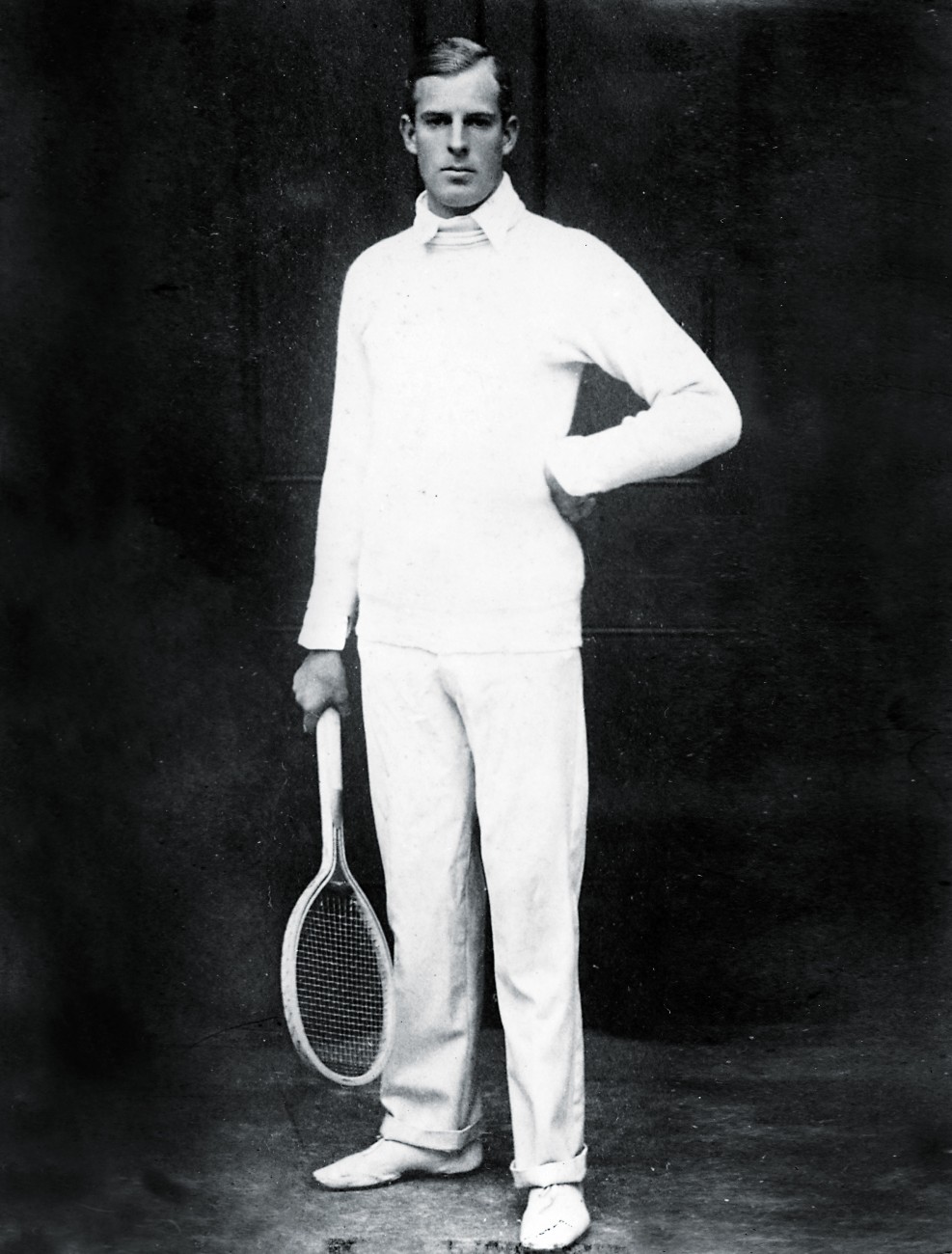 On 4 July 1913, 29-year-old Anthony Wilding strode out onto the centre court at Wimbledon before a record crowd to face the American champion Maurice McLoughlin. More than 7000 spectators had filled the ground to witness the World Grass Court Championships match, with countless others turned away at the gates. The onlookers were not to be disappointed. Wilding, the greatest tennis player New Zealand has produced, was about to play the game of his life.

McLoughlin, who was widely expected to win, began well, taking the opening two games with his smashing “cannon-shot” service. At first, Wilding was troubled by the American’s delivery, but as the match progressed, he got the measure of it, returning the ball powerfully from the back of the court with clockwork regularity. The New Zealander wrested the first set 8–6. He then took control of the second set, comfortably winning it 6–3.

“McLoughlin seemed quite at sea in dealing with his opponent’s service, and his own delivery lost much of its sting,” noted Melbourne’s Argus newspaper.

The tension rose in the protracted and hard-fought third set. “The playing of both men was of the highest order and each winning shot was received with rounds of applause,” said the Argus.

The American, “with many fine strokes”, took two games. Then Wilding, “showing wonderful resource and activity”, claimed the next four. McLoughlin recovered to take three. Wilding won another. And so it went until, eventually, McLoughlin was ground down by the superior fitness of Wilding, who took the final set 10–8. (Wilding neither drank nor smoked, took training and physical exercise seriously, and was almost always fitter than his opponents.)

“More brilliant players, greater artists, and more subtle tacticians have appeared on the centre court, but no finer athlete, no man better equipped physically for the fray, no man inspired with such a consuming desire to do his best,” wrote his friend and biographer Arthur Wallis Myers.

With his easy charm, love of adventure and square-jawed good looks, Wilding brought an undeni­able glamour to the game. When, at the end of the match, a number of women fainted after being caught in the crush and “had to be laid out on the court beside the roller until they could be removed”, some suspected another cause for the swooning.

The 1913 match was Wilding’s fourth succes­sive Wimbledon singles victory. That year, he went on to chalk up a unique world championship singles trifecta, also winning the hard-court title in Paris (on clay) and the covered-court title in Stockholm (indoors, on wood). In his spectacular sporting career, he also claimed the Wimbledon doubles title on four occa­sions, the Davis Cup four times (as a member of the Australasian team) and a bronze medal at the 1912 Olympics.

Of his indefatigable journeying from one tournament to the next, Wallis Myers quipped that “it may truthfully be said that no man has seen so much of the world’s crust from the saddle of a motor-cycle”.

At the outbreak of the First World War, Wilding immediately enlisted. He was killed in action in France on May 9, 1915, less than two years after his Wimbledon triumph.

In its obituary, the Press wrote that, even more than the All Blacks, Wilding had “carried the name of the Dominion into regions of the earth where it was probably unknown until it became associated with his fame”.