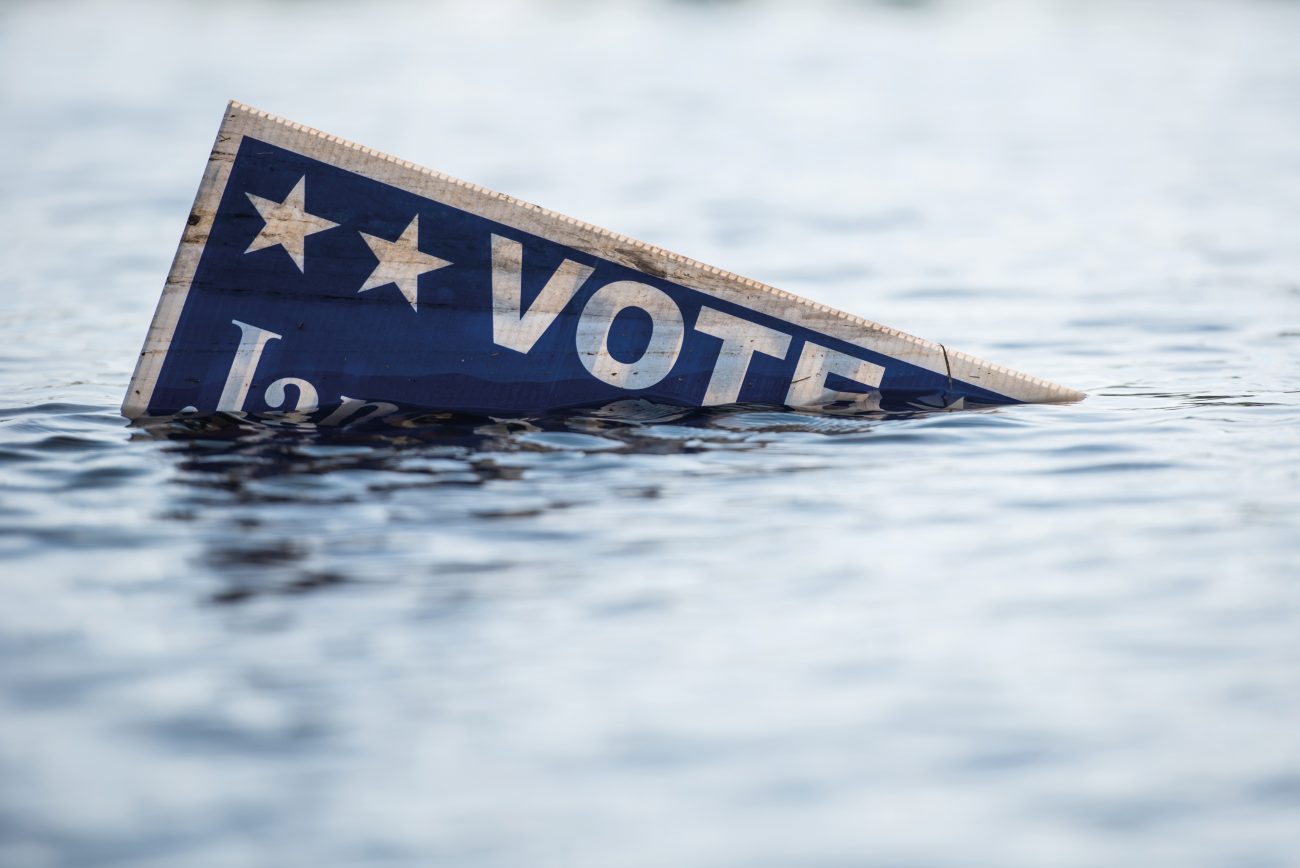 Hurricane Matthew was a record breaker. It was the longest-lasting major hurricane in the Atlantic for the month of October, spending 102 hours at an intensity of category 4 or stronger (mean speed 209 kilometres per hour or more). Matthew was also the most destructive hurricane ever to strike Haiti, killing at least 547 people and causing $1.9 billion of damage—almost four times the previous record. Preparations for the presidential election there were disrupted and the election was postponed for six weeks.

Severe damage also occurred in Cuba and in the Bahamas.

Running up the east coast of Florida, Matthew brought flooding rains and widespread coastal erosion. But as the eye stayed just offshore, the strongest winds on its eastern flank remained over the ocean. Still, more than a million people were ordered to evacuate coastal areas of Florida by the governor. (When some asked for more time to register to vote in the upcoming presidential election, the governor refused, but his decision was overturned by a federal court.)

The eye of the hurricane crossed the coast of South Carolina on Saturday October 8 just north of Charleston, causing a record storm surge, while the heavy rains caused record flood levels in rivers in North Carolina. There were 49 fatalities in the United States and damage was estimated at $10 billion.

Striking just before the US elections, Matthew had the potential to influence the outcome. After all, it had happened before: four years earlier, hurricane Sandy devastated New Jersey, causing immense damage. Exit polls showed that President Obama’s handling of that disaster influenced a significant number of swinging voters and contributed to his winning a second term.

In 2016, the weather appeared to rally for the Democrat campaign again, but fell short. The Republican candidate, Donald Trump, claimed that human-induced climate change was a fraud perpetuated by the Chinese Government to steal jobs from citizens of the United States.

But as the election drew near, the strongest winds from Hurricane Matthew remained just offshore of Florida, and right-wing media delighted in accusing the National Hurricane Centre of lying about the hurricane’s intensity, suggesting it was part of a “conspiracy” to inflate the danger of climate change.

Further south, in Colombia, Matthew was blamed for changing the result of the peace plebiscite. Passing only 100 kilometres north of the Guajira Peninsula, Matthew set a record for the closest approach of the eye of a category-five hurricane to South America.

Matthew’s heavy rain bands brought destructive flooding to the northern coastal areas of Colombia just as the country was voting in a plebiscite to accept the peace deal negotiated by the government with the FARC guerilla movement to end the decades-long war. In the department of La Guajira, which had been suffering a three-year drought, flooding restricted the voter turnout to 19 per cent compared to the national average of 34.7 per cent. Several adjacent departments had turnouts only slightly higher.

Nationwide, those against the peace deal won by around 50,000, but along the north coast those that did make it to the polls were about two-thirds in favour of accepting peace. A newspaper in Bogotá calculated that if the voter turnout in northern areas had reached the national average and maintained their ratio in favour of peace, then the peace vote would have won by 80,000 votes.

Matthew was one of the fastest-deepening hurricanes, with winds rising from 113 to 257 kilometres per hour in 36 hours, something the old meteorology textbooks claimed was not possible and which is not captured by the modern computer models that forecasters rely upon for their predictions. Like most of the explosively deepening hurricanes in recent years, Matthew was fueled by a sea that was not only warmer than average at the surface, but also warmer well below the surface.

The sea surface is now warmer than average in many parts of the world, and in the Arctic Ocean in particular, where sea ice has been at record-low levels every day since October 20 and throughout November. The Danish Meteorological Service has been calculating an average daily temperature for the Arctic north of 80º since 1956. On November 16 they found the Arctic temperature to be a staggering 20ºC above normal.

Paradoxically, the large areas of open ocean in the Arctic help to increase snowfall over adjacent land areas such as Siberia and Asia, because the liquid ocean can feed more heat and water vapour into the atmosphere than sea ice. Consequently, storms downstream are more vigorous and have more water to make snow with.

The hot ocean is helping drive the world to a record global average temperature this year, which now looks likely to be around 1ºC above the average for the 20th century. This will be the third year in a row to break the record for warmth—something without precedent.

Near the end of November, the hot sea cooked up another record-breaking hurricane. Otto intensified to category-2 strength before making landfall in Nicaragua, just north of the border with Costa Rica on the 24th. This is the latest in the year a hurricane has formed over the Caribbean, and the latest-ever hurricane landfall in the Atlantic Basin, according to records going back to 1851. It was also the furthest south that hurricane landfall has occurred in Central America and the first time a hurricane has directly affected Costa Rica, where flooding killed at least nine people. It was also the equal-strongest hurricane for this time of year in the Atlantic.

The new US administration is being filled with people who deny the human causes of climate change, which will likely see a sharp reduction in funding for climate science and satellites to measure events as they unfold. Curiously, the National Oceanic and Atmospheric Administration’s list of names for next season’s Atlantic hurricanes—compiled some years ago—includes “Don”, while the list for the northeast Pacific includes “Hilary”. There’s a chance that both will wreak havoc in 2017.