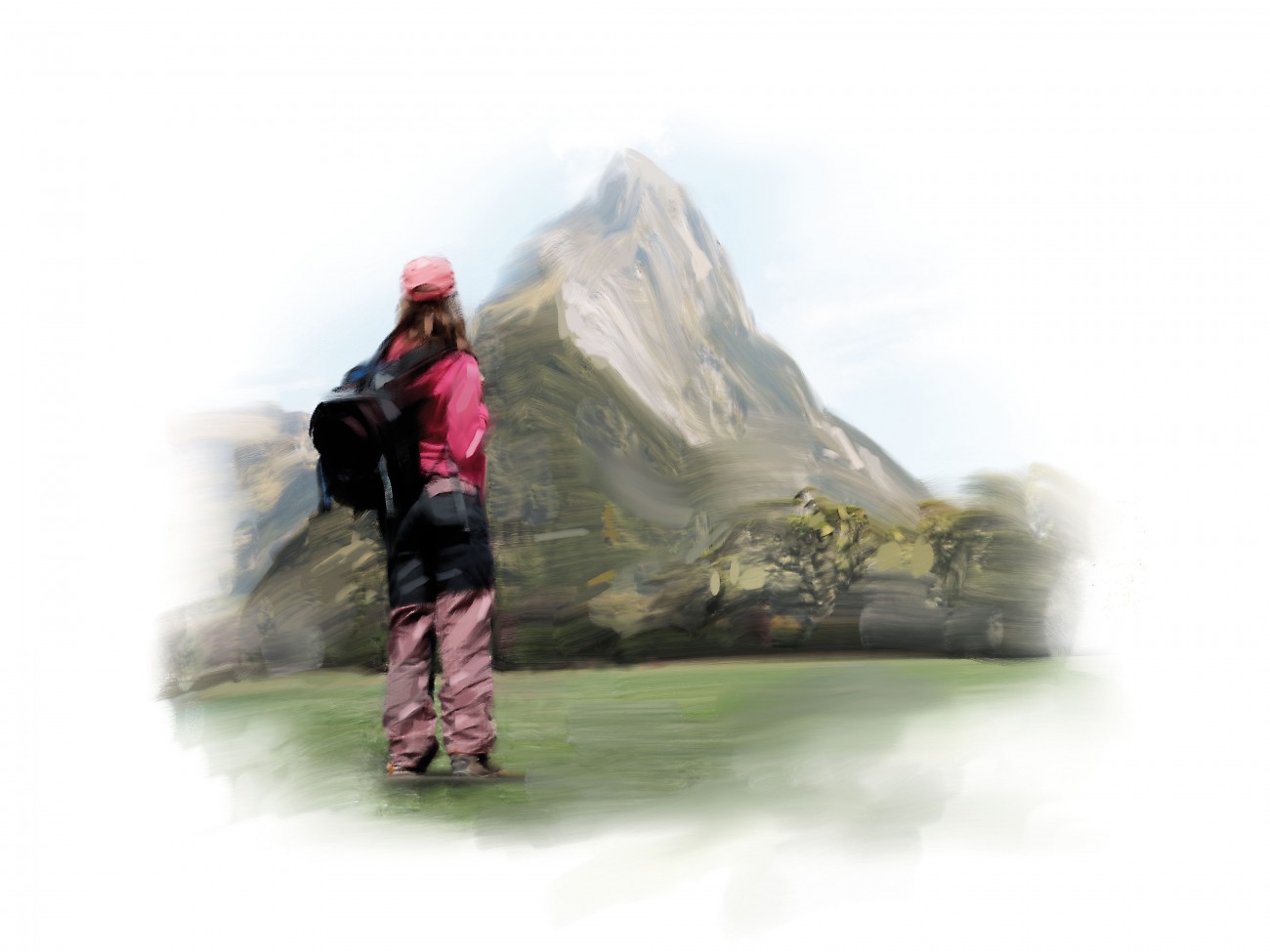 When asked why they climb, mountain­eers’ replies are often dismissive and unsat­isfying. But if you ask them how they became a mountaineer, you’re more likely to hear stories of childhoods spent climbing trees and dreams of being an explorer. Unlike the answers to the first question, these stories of humble beginnings illuminate the contours of a climber’s life.

I trace the beginnings of my own alpinism to the family migration south, from the damp and crowded city to the parched, bare hills of Central Otago. I was a chubby, dreamy child trailing around after older brothers who were always off on an adventure. With them I was a test pilot in trolleys that hurtled down our steep driveway, or an explorer lost in the wilderness between the back of our house and the banks of the Manuherikia; I leapt from a jetty into the ice-cold depths of Lake St Bathans.

Sometimes, the last stop on these outings was my father’s rooms at the local medical centre, where I was stitched back together, though it never put me off.

While still in my teens, my brother John invited me on a trip to the Bonar Glacier in Mount Aspiring National Park. Due to my previous ‘accidents’, our mother tried to deter him from leading me to what she assumed would be certain death. He ignored her, believing (I assumed) in my potential as a fledgling mountaineer. His faith in me hardened my determination to overcome any physical failings.

Fully laden, we plodded slowly up the West Matukituki Track until we reached Scott’s bivvy, a simple rock shelter beneath a large boulder. We crawled into the dank, cramped space and settled in for the night. John lit a candle and we watched as wetas dropped from the ceiling onto our sleeping bags. I think he was surprised that I slept soundly through the night.

But the real test came the next day. It was a revelation even to me that I could haul a heavy pack up the exposed rock slabs paving the route to Bevan Col. We wove nervously through the crevasses of the Bonar and into the shadow of Mount Aspiring, before arriving exhausted at Colin Todd hut. In the end we didn’t stand on top of any mountains. It didn’t matter. Nor did the exhaustion, the fetid-sweat smell of the crowded hut, the trepi­dation of being dwarfed by imposing peaks, or the searing pain of blisters. (The beautiful leather climbing boots John bought me at a secondhand shop were slightly too small and rubbed my heels so raw that I walked the final two hours down the Matukituki Valley barefoot.)

What mattered was the change this expe­rience wrought upon my sense of who I am and what I could do. It had a seismic effect.

A few years ago, after a period when climbing dominated my life, I found myself bound to the city in a full-time job and part-time study. With fewer opportunities to be physically in the mountains, I chose to inhabit them more fully in my mind, collecting the life stories of New Zealand mountaineers for my PhD. As I spent more time thinking about climbing than actually doing it, I grew hesitant about calling myself a mountaineer.

Then, as I listened to climbers around the country, the answer to my identity crisis echoed across their stories.

In the early 1960s, Kobi Bosshard was “in the game” at Mount Cook. Having served his mountaineering apprenticeship in his native Switzerland, he impressed the New Zealanders with climbs of steep faces. Now in his seventies, he doesn’t do the “hard stuff” any more, but then doesn’t see that as a reason to stop climbing either. You adjust your ambitions to your capabilities, he says, and you’re never disappointed. These days, he told me with a grin, his goal was to climb at least one grade lower every year.

The mountains infuse his work as one of New Zealand’s foremost contemporary jewellers, as does the time he spends with his son Sam, who is a mountain guide. “It’s part of my life,” says Bosshard. “It’s one activity which sometimes I have been doing more and sometimes less. I’ve been fanatical about it at times, and more relaxed about it.”

There were other versions of this story, but the message was the same, whether it was being up high, mesmerised by solitude and an alpine vista unfolding to a hazy horizon, or wandering up a valley for a night in a wood-smoked hut. Says Bosshard, “Just being in the mountains, and having a love for the country, for the mountains, makes us mountaineers.”