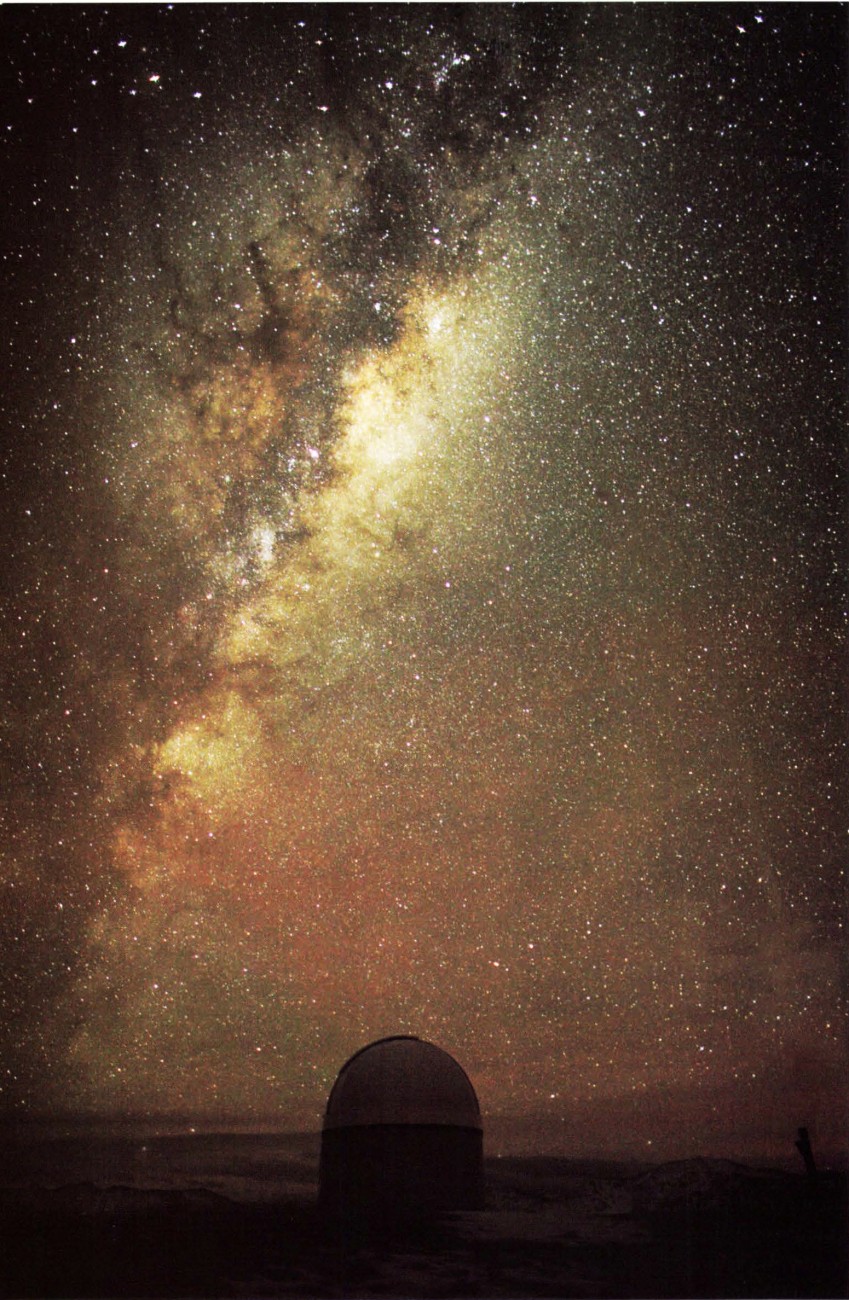 About 830 UNESCO World Herit­age sites already exist but so far a dark sky park hasn’t been included. A dark sky park is an area where artificial lighting is kept to an absolute minimum to remove the haze of light pollution that hangs over urban areas, obscuring all but the very brightest stars. A dark sky park can provide amazing—and often awe-inspir­ing—views of the natural, starry night sky but it’s becoming more and more difficult to find such sites across the developed world. Although some dark sky parks already exist, particu­larly in the USA and Canada, none of them have the international prestige that comes from being designated as a world heritage site. In addi­tion, New Zealand’s position in the Southern hemisphere has an added advantage because some of the most spectacular and interesting objects in the night sky, such as the Large and Small Magellanic Clouds, can be seen only from southerly latitudes.

“It will certainly attract people, particularly those interested in as­tronomy,” predicts the Hon. Margaret Austin, former Chancellor of Lincoln University and the recently retired Chair of the National Committee for UNESCO in New Zealand. She is a leading advocate of the proposed dark sky park which would aim to preserve the almost pristine dark skies of the Mackenzie Basin.

The University of Canterbury’s astronomical observatory is perched atop Mt John, overlooking the small township of Tekapo, and attracts professional research astronomers from around the world (see The Quest for New Earths, New Zealand Geographic, Issue 81). Light pollution would interfere with their work so the Mackenzie District Council has established strict regulations about the types of outdoor lighting allowed in the area. Land Transport New Zea­land has installed special low-pres­sure sodium street lighting along state highway 8 where it passes through Tekapo. These existing controls on lighting, coupled with the low level of urban development, ensure that the views of the night sky from Mt John and the surrounding Mackenzie Basin can be superb on clear nights.

Professor Phil Butler, the Head of Physics and Astronomy at the Uni­versity of Canterbury, grew up in the area and describes himself as “a very strong supporter” of the proposed dark sky park. “It’s partly because an objective of the university is to ensure the future of professional astronomy in New Zealand, but mostly it’s because it really is a wonderful night sky here and there’s very few places left in the world now where you can get that view,” he says, explaining that Mt John was chosen as the site of the university’s observatory because “in the early 1960s various sites in New Zealand were trialled to see which had the best viewing and Mt John came top of the list.”

At the moment, though, most tourists merely stop in Tekapo only long enough to take advantage of the public toilets, wander around the Church of the Good Shepherd and photograph each other by the turquoise-blue waters of Lake Tekapo. The creation of the world’s first UNESCO World Heritage Dark Sky Park could be of real economic value for the local community if it encourages visitors to stay in the area a bit longer and, as it would protect and preserve the natural environment, it would also fit in well with New Zealand’s perceived ‘clean and green’ image abroad.

Tourism brought about $96 million into the Mackenzie region in 2005 and Ministry of Tourism forecasts show this growing by almost 40 per cent to about $133 million in 2012—without the dark sky park.

However, the council is waiting to see a formal proposal from the dark sky park supporters. “We haven’t got an official policy on this yet because it hasn’t been presented to the coun­cil yet,” says the mayor, John O’Neill. “There have been some initial discus­sions around our unique position here and I’d be happy to promote that, but at the moment we haven’t got enough information to be able to as­sess the implications and the impact on the local community that a dark sky park would bring.” For instance, there could be restrictions on further development of the area.

Margaret Austin knows that a lot of work has yet to be done to get the idea turned into reality. “It would be unfair to say that there aren’t going to be difficulties,” she says. “I’ve already spoken to Francesco Bandarin, the di­rector of the World Heritage Centre, about the idea but it will take some time. The World Heritage Convention require their parks to be land-based and ours would be in the sky! It means that we’ll have to work to­wards a change in the conventions to establish a World Heritage Park in the sky but I’m sure it can be done. We’ll certainly be setting a precedent.”

Coincidentally, New Zealand has a high profile on the WHC at the moment. “It’s a great privilege to have had Tumu to Heuheu—the Paramount Chief of Ngati Tuwhare­toa—as our representative on the WHC for the last three years, and he’s now chair of the committee,” says Margaret Austin. In addition, Christchurch has been chosen as the site of the next WHC meeting which runs from June 23 to July 2. It will be the first time that New Zealand has hosted the WHC meeting and DOC is planning a variety of field trips and social events to showcase the cultural and natural heritage of the country, and to leave the expected 600 to 800 delegates with a positive impression of New Zealand. Marga­ret Austin perceives this combination of circumstances as serendipitous for the dark sky park supporters.

The Pacific region is under-repre­sented when it comes to UNESCO World Heritage sites. “We don’t have lots of beautiful cathedrals or buildings that are a thousand years old here in the Pacific but we do have sites of great natural beauty, and we’re also trying to bring a greater understanding of the impor­tance of cultural sites and intangible values to the convention,” explains Shannon Coghlan, the World Herit­age Officer at DOC.

DOC has been working on a tentative list of potential World Heritage sites within New Zealand since December 2004, when they released a discussion document and invited public comment. “We received about 300 submissions on the discussion document and since then two advisory groups have been working through all of those,so we’re only now in a position to submit our final report to Cabinet, recommending a list of sites that we think should be submitted to the World Heritage Committee,” she says.

These recommendations were due for review by cabinet early this year and a final list of sites will be pro­duced shortly afterwards, so time is getting very short for supporters to get the dark sky park included. They have heard that Palma, Spain, has a similar idea but hope New Zealand will be the first in the world to do this.But even if the dark sky park makes it onto the final list of sites this time, UNESCO procedures still have to be followed, meaning that no decision can made on the New Zealand sites until the WHC meeting next year.

“We’ve unfortunately missed the boat for getting decisions made at this year’s meeting,” explains Shan­non Coghlan.

Without doubt, it would be a coup if New Zealand could persuade UNESCO to formally recognise a new type of environmental world heritage site. However, with much to be done in a limited time, it re­mains to be seen whether it is New Zealand—or Spain—that leads the world into the star-studded glory of a new Dark Age.