Whatever it was, Christopher Dean didn’t know it had snuck up on him until he turned and shone his torch. In the dark of 2.00 am, the eyes looked huge, “the size of 50 cent pieces”, and glowed green and malevolent.

“It was obviously black,” Dean recalled. “It was very stealthy, and slowly lowered its head… There was no other animal around other than this creature. We immediately got back into the car and left.”

Dean is one of dozens of New Zealanders to have seen what he believed was a black panther, in the dead of night at Omaui, near Bluff, in 1996. He’s one of way fewer who have seen one twice. In 2002, he “saw the same huge eyes watching me from about 150 to 200 metres away, as I headed back to the road in a hurry”. 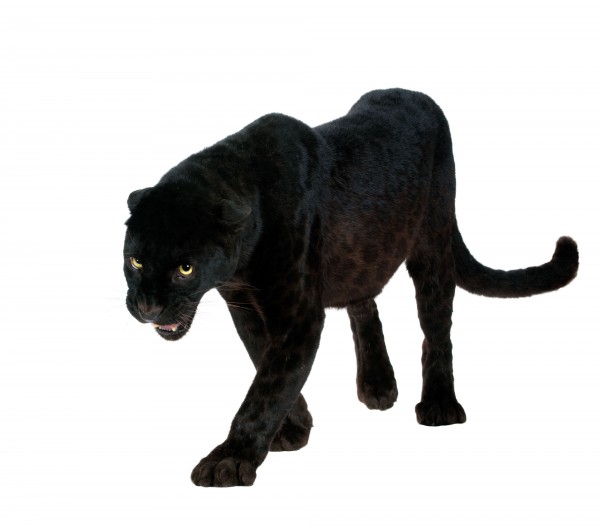 Those accounts, on the website Mysterious New Zealand, are just two in a burgeoning file of black panther sightings in the lower south of the country. Since the early 1960s, startled walkers and travellers have reported seeing large—usually black­ cats from locales such as Twizel, Cromwell, Banks Peninsula, Ashburton and Hakatere, where Brent Thomas and his wife saw a “very, very large jet-black cat” near the mouth of the Ashburton River. Thomas reckoned the creature to be as big as his Labrador/mastiff cross, with a very long tail.

“Before, I was sceptical, but seeing some­thing with your own eyes is very definite. The stories are true. I have seen it.”

The website is one of many hundreds that delve into the paranormal puzzle of things that simply shouldn’t be. Translated from Greek as the “study of hidden animals”, cryptozoology concerns itself with the search for creatures whose existence hasn’t been proven. These might be persistent survivors of known species long considered extinct, such as the woolly mammoth, or undescribed animals for which there is not a speck of evidence but which continue to be reported, such as the Bigfoot and the Chupacabra of the Americas. A third line of investigation is concerned with wild animals apparently roaming well beyond their normal geographic ranges, such as the Canterbury ‘black panther’.

There are so many cases world­wide of these peripatetic felines that crytozoologists have come up with an acronym. ‘ABCs’, or alien big cats, have apparently found their way to Britain (in a crypto-double-whammy, one was allegedly filmed near Loch Ness), Denmark, The Neth­erlands, Switzerland, Australia, even Hawaii.

Not all New Zealand ABC sightings have happened in the wilds. The strangest has to be the case of the Christchurch woman who rang police to say she’d seen a tiger outside her suburban Kaiapoi home in 1977. The laughter died after large paw prints and droppings were found at nearby Pines Beach the same week. The nearby zoo, Orana Wildlife Park, insisted all its big cats were present and accounted for. The same year, a security guard was convinced he saw a lion in Mangere, South Auckland. Reports of large cats have also come in from urban Wellington: several from Newlands in 1980 and one from Tawa in 1994.

In 2006, Biosecurity New Zealand officers and Orana Wildlife Park experts went looking for the cat(s). They found none.

In 2010, mid-Canterbury farmer David Wightman set a panther trap on his high-country spread, Winterslow Station, using a goat as live bait. It survived.

But in August 2011, during the North Canterbury blizzard they’d been assigned to film, TV3 camera crew Geoff Mackley and Bradley Ambrose (a name you might recognise from a separate paranormal event, involving a teapot and a Prime Minister) also shot footage of a putative panther.

The pair were convinced they’d seen an ABC, citing—as many witnesses had—the animal’s long tail. But while the footage, posted on TV3’s website, undoubtedly shows a big black cat, it appears very much to be instead…a big black cat.

At one point, the creature trots (not lopes, crucially) past an ordinary roadside marker post. Freeze that frame and the scale of reference confirms several things that real biologists have known for decades. The first is called gigantothermy, a distinctly non-para­normal phenomenon that happens when endothermic animals live in cold places.

Between them, natural selection and physics create bigger individuals, because of plain old surface-to-volume ratio. Proportionally, a bigger animal exposes less of its body to a cold environment than a smaller one of otherwise similar shape. Thus it loses heat to that environment much more slowly.

Pest officers will tell you that the domestic cat, Felis catus, transmogrifies into a very different creature after just a few genera­tions of roughing it. In June 2005, Melbourne hunter Kurt Engel shot a cat near Sale, in Victoria, Australia, that was so big (estimated at a metre long) that he cut off the 600 mm-long tail and took it to Melbourne University for DNA testing, which was a match to a feral cat.

In New Zealand, adult feral males can weigh eight kilograms or more, and in Canterbury and Otago they do very well on a diet of rabbits. Feral cats widely revert to their ancestral tabby or tan coloration (and not all ABC sightings have been of black cats), but the cat family is notorious for a trait called melanism—essentially, black-coatedness. A predomination of black pigment is a common polymorphism in 11 of the 37 known felids, and while it’s never expressed throughout an entire population, it’s become the dominant trait in leopards living on the Malay Peninsula, where they’re known as black panthers.

The advantages of a black coat for a nocturnal ambush predator are self-evident to everyone but its hapless prey, and there’s no reason melanism wouldn’t have developed among Canterbury and Otago feral cats, which, unlike their tabby kin, don’t have to blend into forest. And they would certainly benefit from the warming a black coat would offer on days of thin winter sun. The more advantages these traits confer, the more widespread they become.

In 2005, Mark Brosnahan photo­graphed a large black cat on a foot track near Lake Camp, in mid-Canterbury. It’s big, yes, but it’s no panther: the pointed ears are trademark F. catus.

To attain respectability, then, the panther yarn still has to clear an Olympic lap of incon­venient hurdles. They live for around 15 to 20 years, yet sightings go back to 1962. That calls for a breeding population. Survivorship in top predators is more tenuous than you might think. Studies of relict tiger populations in Kerinci Seblat National Park, in Sumatra, Indonesia, found that three separate populations of 21, 105 and 16 animals could avoid extinction only with intensive manage­ment and protection. The removal of just three tigers a year effectively doomed the two smaller populations to oblivion.

In the United States, the Florida panther clings to existence by one claw, and then only thanks to concerted expertise and expense.

The idea that an unmanaged popula­tion of large cats could be perpetuating itself in secrecy, on a diet of rabbits and lambs, in marginal habitat, just scrapes inside the bounds of possibility, and only because leop­ards in particular are adaptable, resourceful and famously furtive: three were found living in a city train station in Kampala, Uganda, in 1990.

But possibility and probability are two different things. Any New Zealand population had to come from one pregnant female, or two progenitors, raising not just the question of genetic bottlenecks, but how they got here in the first place.

Dunedin film-maker Mark Orton, who researched ABC sightings for his 2007 docu­mentary Prints of Darkness, was told by old-timers of a plan at the height of Otago’s deer infestation to release a panacea of panthers into the province. Even by the same ecological reasoning that saw the release of stoats and ferrets, that would have been an unconscion­ably reckless act. The idea that it could have been done without consultation—or at least a warning to parents and sheep farmers—is improbable at best.

Then there’s the ‘unwanted pet’ theory, but it assumes that someone successfully imported a large, dangerous animal without anybody noticing, although Orton was told that import rules were extremely relaxed until just 15 years ago. He investigated other possi­bilities, such as escapes from wildlife parks and circuses, but turned up nothing.

Another story, that the panthers arrived as US Marines’ mascots, only to be let go, can be dismissed as the sort of embellishment that hangs off the coat-tails of most mysteries. There’s always an entrepreneur ready to exploit one for publicity, as evidenced by the now Panther’s Rock Tavern at Mayfield, complete with a mock big-cat road sign in the bar.

In all probability, the only niche occupied by the ABC—in New Zealand at least—is the human need for monsters and mysteries. For some reason, we seem to need reassurance that there’s more to life than demonstrable fact or sound logic. Besides, monsters are fun.