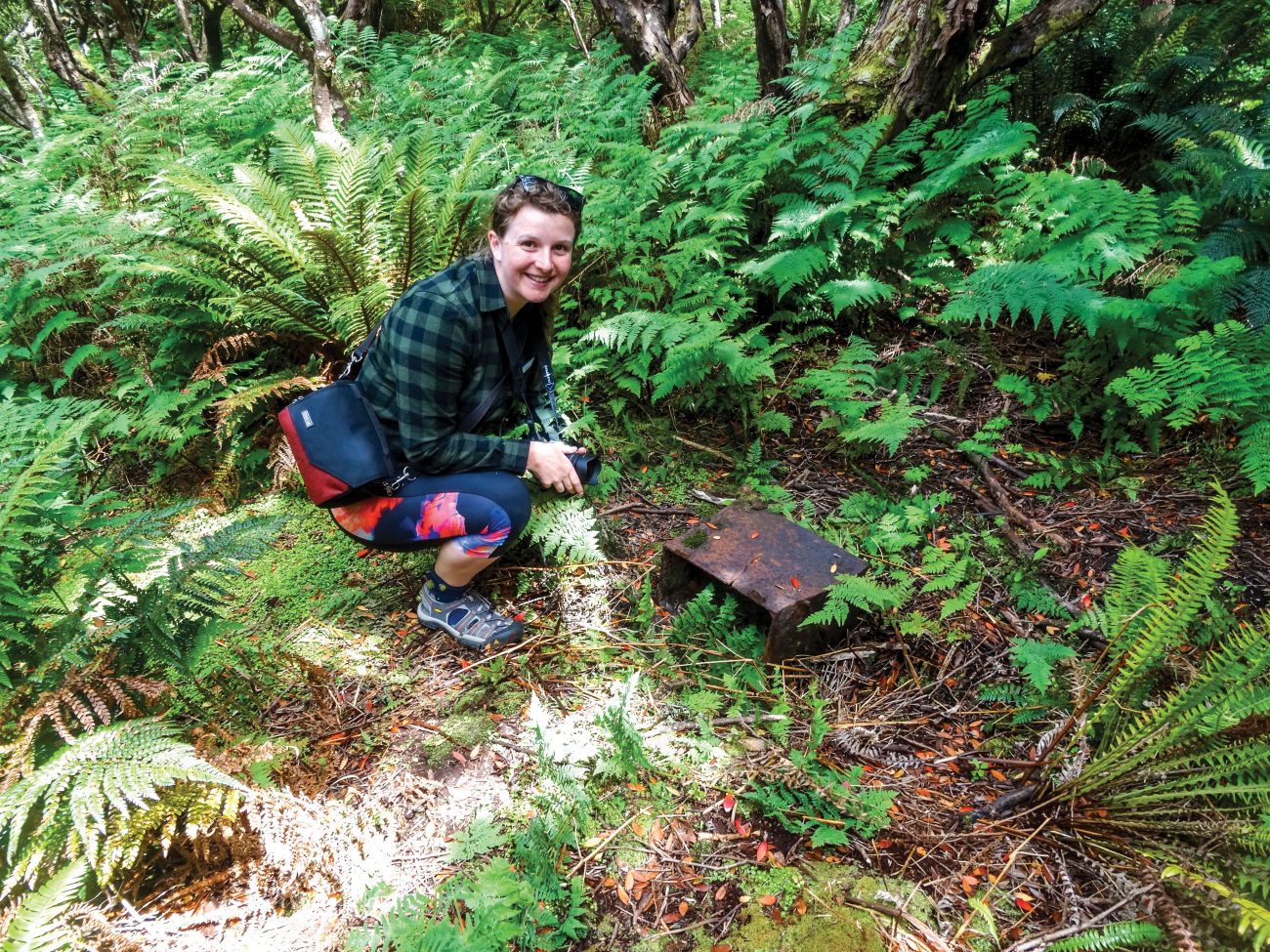 Growing up in Christchurch, Ellen Rykers listened to stories of her intrepid great-great-great-grandparents. In 1849, Sarah and Isaac Cripps left London for a far-flung island where no one lived—or so they thought. They helped start a settlement, Hardwicke, but that ended in disgrace two years later, and the Crippses began again, no better off, in Island Bay, Wellington. Rykers is named for one of their 10 children, Ellen Franklin.

So when Rykers won a scholarship to visit the subantarctic, including the island where her ancestors had lived, she was nervous—had she inherited Sarah Cripps’ legendary sea-sickness? (Perhaps, she says—but she has the advantage of modern medicine.)

It rains 311 days out of 365 in the Auckland Islands, but Rykers visited on one of its 54 clement days—it was 17 degrees, and she got sunburned. A thick blanket of cloud lingered over the tops of the main Auckland Island, but the coast, and Enderby Island, were sunny, almost tropical.

Not that it looked any better a place to plant a brand-new, self-sufficient town, says Rykers. “I think they were absolutely crazy to try and settle down there. The soil—you can immediately tell it’s very peaty.”

The iron stove, above, is now the only sign of the farmhouse that once stood on Enderby. This island had a slightly better climate, and a white-sand beach, so settlers were sent on holiday here—including the Cripps family, in 1850. The farmhouse was set just behind Sandy Bay, where crowds of sea lions now loll.

Did Sarah and Isaac and their children share the beach with seals, or stumble across penguins in the forest?

Researching this story, she was surprised by how little remains of the settlement—few direct accounts of life at Hardwicke, the whole settlement picked up and removed wholesale. It was as though people had attempted to erase it from the land and to forget their time there.

Rykers left the subantarctic with a new appreciation for the perseverance of her forebears—and an expanded view of the country.

“Seeing those albatrosses up close, the yellow-eyed penguins just wobbling around, it does broaden your sense of what New Zealand nature encompasses. We just have this wealth of ocean-based wildlife that you don’t encounter that often but is still part of our natural heritage—it really opened my eyes to how much we have.”