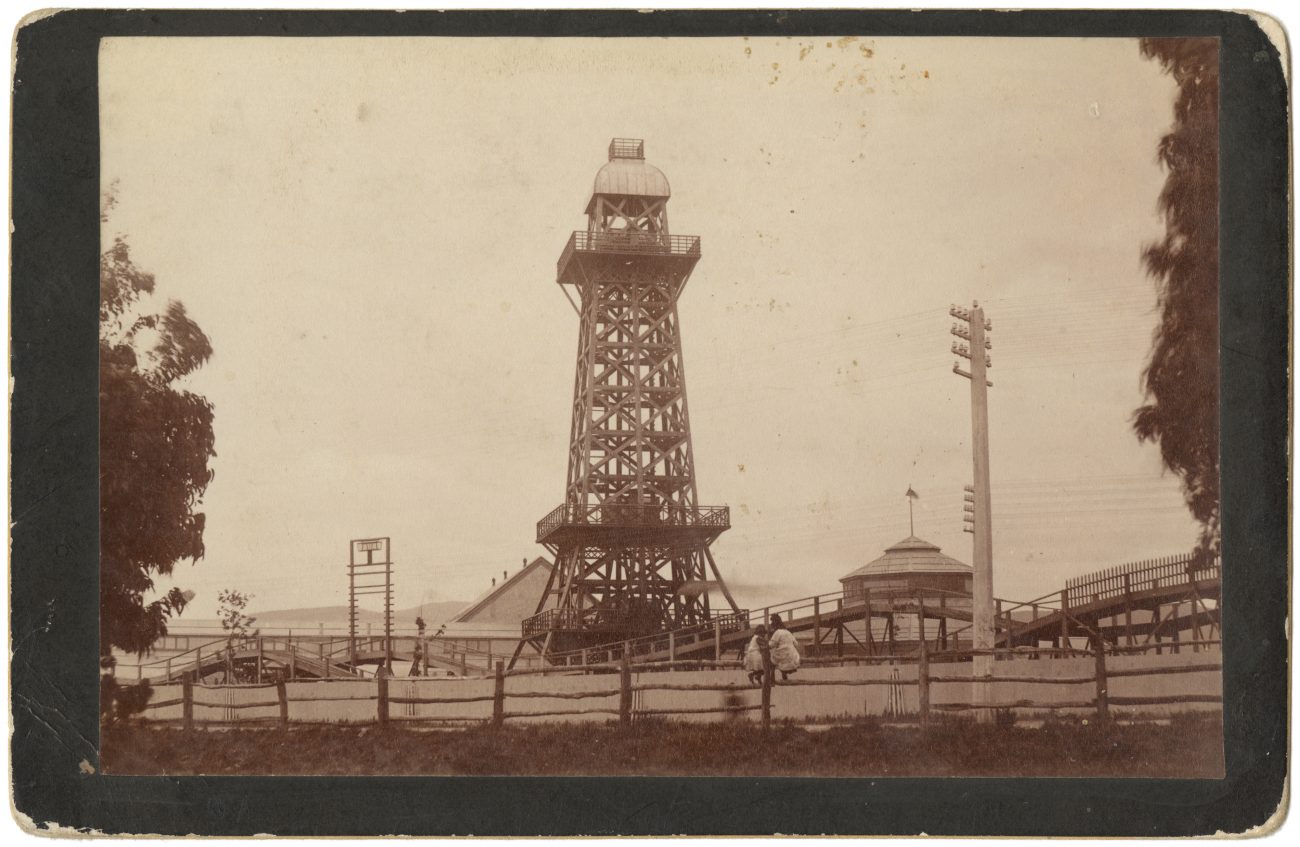 In early 1889, all of France toasted the engineering brilliance of Gustave Eiffel, whose crowning achievement—a record-breaking 300-metre-high wrought-iron tower—formed the gateway to the newly opened Exhibition Universelle in Paris. The iconic lattice structure so captivated architects and city administrators the world over that cities elsewhere decided to build replicas. Surprisingly—and in typically Antipodean fashion—New Zealand got there first.

On December 17, 1889, a 40-metre-tall homage to the Eiffel Tower, built from wood on reclaimed Harbour Board land, opened to an enthusiastic public welcome in Dunedin. As with the original, it formed the centrepiece of a trade fair—the New Zealand and South Seas Exhibition, which ran from November 26, 1889, to April 19, 1890.

What made Eiffel’s Paris structure such an enduring drawcard —today it is the world’s most visited paid monument—was its elevators, which saved tourists a daunting 1710-step ascent to the top. Their value was underscored during the Nazi occupation of France 50 years later, when Resistance fighters cut the lift cables in an act of defiance, forcing an arduous climb on German sightseers.

The enterprise behind Dunedin’s tower was the Austral Otis Elevator Company. The European branch of its parent company had been responsible for the ingenious lifts between the Eiffel Tower’s first and second levels. Austral Otis unveiled New Zealand’s first elevator—powered by the pressure of street water mains—in Dunedin’s splendid five-storey Grand Hotel just one day before the New Zealand and South Seas Exhibition opened. The exhibition was seen as another perfect showcase for its futuristic technology.

So, in the amusement zone of the exhibition grounds, near the rollercoaster-like switchback railway, was constructed a tower that bore more than a passing resemblance to a wooden oil derrick. Its timber was painted to look like metal, though even squinting couldn’t conjure the elegance of the Paris original.

However, the tower’s looks, and the lateness of its completion—three weeks after the fair began—were more than offset by what it offered. For a modest fee, visitors could step aboard a handsomely decorated elevator cabin and be borne aloft by means of “four strong wire cables”, powered by a pair of steam engines, to one of four landings. The public was assured that the operator in the car had the engines entirely under his control, “being able to start, stop, or raise the car at a moment’s notice”. The local press was also at pains to explain that the safety of passengers was guaranteed thanks to Otis’ patented emergency braking system.

The cabin and each of the landings were lit by electricity, and at night from atop the tower an impressive electric searchlight of 30,000 candlepower played across the busy fairgrounds. The Dunedin Garrison Band was even emboldened to play several tunes “on the summit” of what the Otago Daily Times habitually referred to as the Eiffel Tower.

The exhibition was hugely popular. And, unlike many others—including the Exhibition Universelle—it turned a profit. But the tower, which had sparkled with light and activity over the summer, was quickly forgotten when the exhibition gates closed for the last time. The lift was removed and the tower auctioned off for a fraction of what it had cost. No doubt it hid elsewhere in the city, wrote one reporter just weeks later, “probably in a backyard, stacked as firewood”.