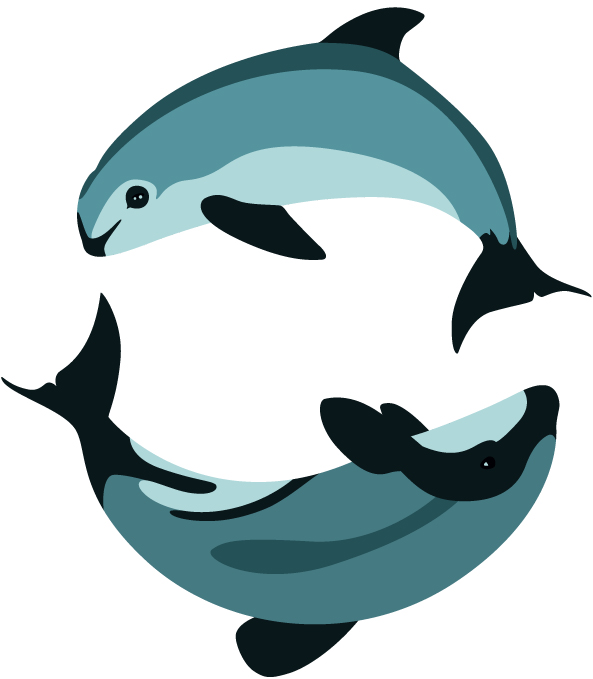 Half a world apart, a porpoise and a dolphin are locked in a tragic race to extinction. One lives in a developing country riven by drug wars and corruption, the other in a prosperous nation famous for its pristine environment. In both cases, the cetaceans’ populations are down to fewer than 100 individuals.

In the first country, the government has banned the nets that kill the porpoises, deployed its Navy and spent tens of millions to compensate fishermen. Now, it’s preparing to spend millions more on an audacious plan to save the remaining porpoises—if it can catch them.

In the other country, the government has banned all nets in only a slice of the dolphins’ habitat, mandated observers on just two per cent of commercial fishing days, and says that’s enough. It denies the dolphins are still dying in nets and insists more research is needed before the lives of fishermen can be impacted.

The first country is Mexico, the second is, you guessed it, New Zealand.

The Mexican vaquita (which means ‘little cow’ in Spanish) is about the size of a Māui’s or Hector’s dolphin. It looks like it’s received a black eye in a fight, and wears black lipstick. Like the New Zealand dolphin, it is Mexico’s only endemic marine mammal. It lives along the northwestern coast of the Gulf of California, an area it shares with a fish called the totoaba, whose swim bladder is prized for medicinal soups in China. Fishermen use drifting gill nets to catch totoaba and sell it for thousands of dollars, and the vaquitas get entangled in the nets and drown, just as the dolphins do in New Zealand.

Even after the government banned totoaba nets in 1975, the vaquita numbers dropped from an original 4000 to 567 in 1997, 245 in 2011 and 97 in 2014. In late 2014, the government launched an all-out war on gill-netting, deploying Navy vessels and 300 marine troops and handing out $74 million to compensate fishermen. The Sea Shepherd environmental organisation sent the Sam Simon, which readers of this magazine may recall played a key role in the campaign to end illegal catching of toothfish off Antarctica.

Scientists had expected that last year’s vaquita census would show a levelling-off of the species’ decline. Instead, the death slope of the vaquita’s population line got steeper: half the population, 30 out of 60, were killed in just one year. Now scientists are preparing to catch as many survivors as they can next autumn, put them in near-shore pens and find a small bay along the coast that can be closed off, hoping they will reproduce there. But porpoises are harder to breed in captivity than dolphins, and the chances of success are slim—as are the chances that enough of the remaining 30 will survive the March-to-May totoaba season.

Now for New Zealand. I came here on a grant to find out why the government was allowing its Hector’s dolphins, stars of the tourist trade in Akaroa Harbour, to die at an average rate of 1000 a year for the past 45 years. One slightly larger sub-species, the Māui’s dolphin, is on the brink of extinction on the west coast of the North Island.

What I was surprised to discover on this visit is a government that echoes my own in the United States, with ministers offering lies repackaged as ‘alternative facts’, to use the expression of an adviser to President Donald Trump. But unlike in the States, I found no real push-back in New Zealand—no street demonstrations, no boycotts, no letter-writing campaigns aimed at politicians. Instead, there is resignation, tinged with sadness, as if the extinction of the Māui’s dolphin was a foregone conclusion. “It’s sad that this government is so unwilling to protect wildlife,” said Diana Struthers in her small giftshop in Christchurch, “but people have a lot of other things to worry about.”

The saga of New Zealand’s endemic dolphins is fairly straightforward. When fishing with gill nets and trawl nets exploded in the 1970s, there were an estimated 50,000 Hector’s dolphins around the South Island. Today, there are 10,000. A separate population, the Māui’s dolphin, ranged from Maunganui Bluff, north of Dargaville, to the Whanganui River, about 600 kilometres of coastline and bays extending out 20 nautical miles—an area of more than 32,000 square kilometres. The Māui’s population, found in small groups that rarely travel more than 50 kilometres, fell from up to 7000 in the 1970s to 140 in 1985. In 2003, a net-free sanctuary was created from Maunganui Bluff to New Plymouth, just five per cent of their habitat. (It amounts to so little because the offshore boundary of the protection is too close to shore. Both gill nets and trawl nets are banned only to two nautical miles offshore, while the dolphins range up to 20 nautical miles out.)

Since then, the population has continued to decline, although slower: the estimates were for 111 individuals in 2004 but only 63 in 2016, suggesting the dolphins were disappearing at an average of four a year.

All this can be found in a multitude of texts produced by the government, academics and the International Whaling Commission. Every year since 2012, the commission has urged the government to ban all nets from the entire Māui’s habitat, and every year, government representatives have demurred.

I encountered my first alternative fact when I read that Green Party MP Eugenie Sage had asked Conservation Minister Maggie Barry why the government didn’t follow the recommendations of the whaling commission, which have been endorsed by opposition parties and such mainstream organisations as the World Wide Fund for Nature and the International Union for Conservation of Nature. Barry replied: “There have been no confirmed records of Māui’s dolphins outside the set-net ban area,” apparently meaning that no professional observer on the fishing boats outside the sanctuary had seen any. In fact, only two per cent of commercial fishing days in the Māui’s range had observers, according to the Ministry for Primary Industries.

So the fact that the very few observers—or, indeed, anyone else—didn’t see any of the 60 dolphins spread over 32,000 square kilometres of windswept sea is hardly significant: dolphins can be spotted only when the water is calm.

I tried to interview Nathan Guy, the Minister for Primary Industries. He declined, but his spokesman sent me a statement. It confirmed the government position: “If there was any evidence that Māui’s dolphins are in a wider area we would immediately look at further restrictions, but there is just no evidence for this.” He then proffered a second alternative fact: “There have been no verified deaths of Māui’s dolphins in set nets or trawl nets since 2002.”

After declining from a maximum of 7000 to 111 in about 30 years, and after a government study estimated that five Māui’s a year were being killed, suddenly the carnage stopped? When scientific studies have shown that drowned dolphins end up on a beach only one time in a dozen? When the Achilles report and the internal e-mails it yielded showed the Quota Management System gave fishermen strong incentives not to report dolphin deaths?

It was hard for an American awash in Trump’s ‘alternative facts’ not to feel a sinking twinge of familiarity.