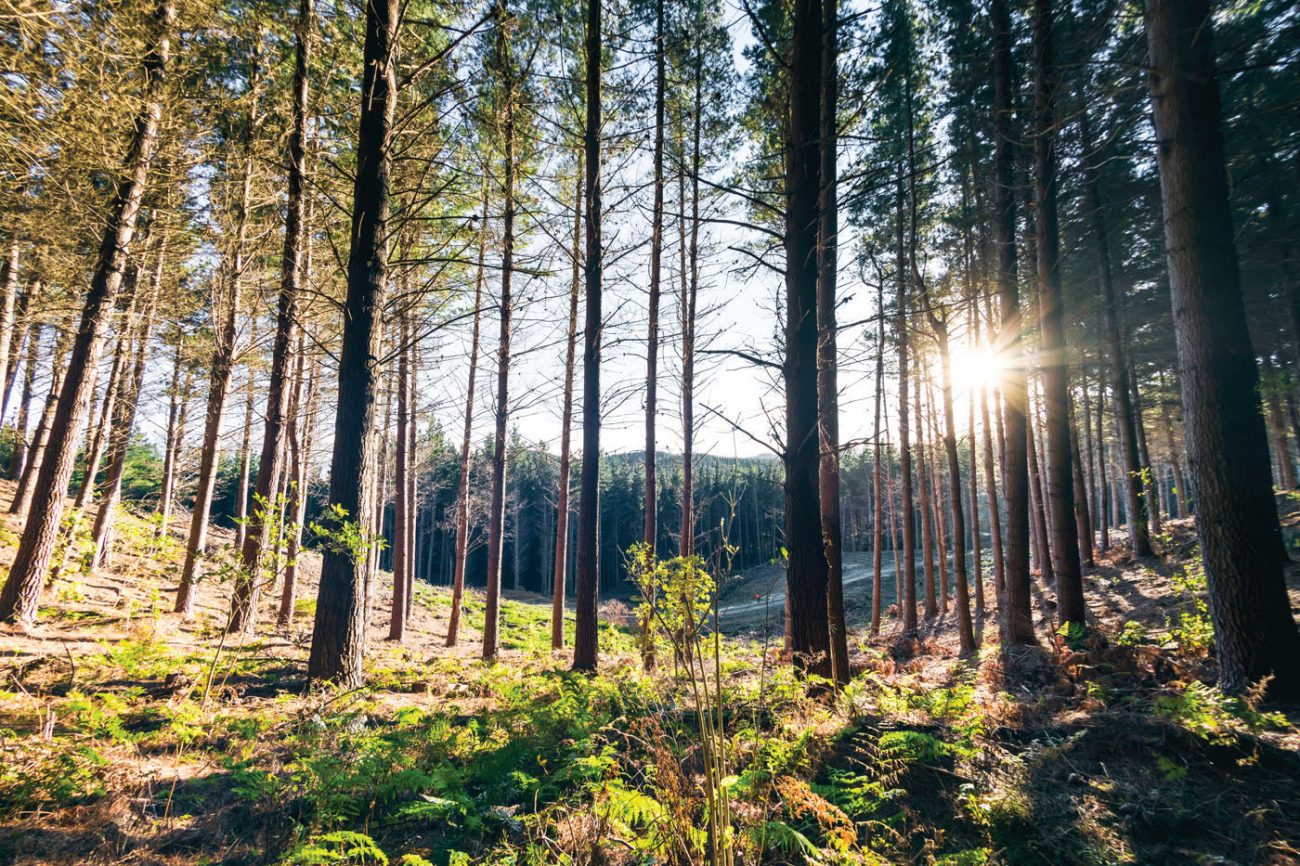 “Trees are a truly renewable resource, and a very tangible investment,” says Bert Hughes, the chief executive and co-owner of Kiwi company Forest Enterprises. “The more that people engage in the specific forest they’ve invested in, the more they like it.”

While nothing is guaranteed in the world of investments, Hughes says forestry typically runs counter to the sharemarket and, with demand for wood products continuing to grow, it offers reliable returns as an investment product.

“It’s a hedge against inflation and log price fluctuations because we’re typically harvesting over a ten-year period rather than just turning up with a whole load of logs to sell at the same time.”

Even though most of the logs are exported and milled overseas, forestry still contributes a lot to New Zealand’s regional economy, he says, and Forest Enterprises, which is celebrating its 50th anniversary this year, walks that talk: it currently employs 32 people, and its head office is in Masterton, with other offices in Hawke’s Bay, Manawatū and Gisborne. The company is owned by its six senior managers.

“When you look at how the forestry cycles work, a considerable portion of the money goes to wages. It’s a network of private businesses with long-term contracts so there will be hundreds of people logging, planting, pruning, thinning and hauling. Those people are well-paid, investors are making good returns, and the land is maintained in New Zealand ownership.”

“FSC is entirely independent. It’s a challenging process to become certified and to maintain that certification. And ours are currently the only managed investment schemes in New Zealand to be FSC certified.”

Hughes says we must continue to cut carbon emissions at the source to reduce the impacts of climate change, but sequestering carbon is also important, and the easiest way to do that is to grow woody biomass. 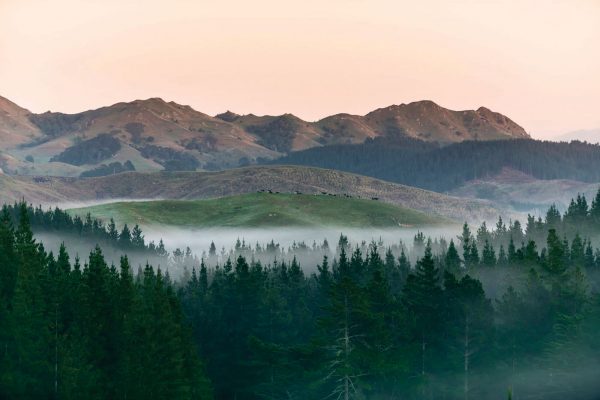 “Radiata pine is many multiples more efficient at capturing carbon than any other tree because it grows so well here,” Hughes says.

It is also a tree that the market wants because it can be used for paper, furniture or house timber.

Wood is increasingly displacing carbon intensive alternatives such as steel and concrete in construction, and laminated timber is increasingly being used in tall buildings. It is also being employed as an energy source instead of fossil fuels and petrochemicals and wood fibre is being developed into textiles and consumer goods.

“Investors in New Zealand forestry are participating in a transition to a lower-carbon future,” he says.

Hughes says he supports an economy where land is used to create the biggest benefit, and while forestry can’t compete on flat land because crops like grains and seeds are more lucrative, trees are well-suited to tougher sloping land that is marginal for other forms of farming.

An important feature of Forest Enterprises’ forestry investments is that the investors own the land the trees are grown on.

“That’s a really key part of what we’re trying to do. Our 6500 investors benefit from selling the logs as well as the land increasing in value.”

When the trees are harvested and sold, investors get their return. A new crop of trees will be planted and a new crop of investors will join the scheme, get their slice of a New Zealand forest and quite literally watch their money grow. See forestenterprises.co.nz