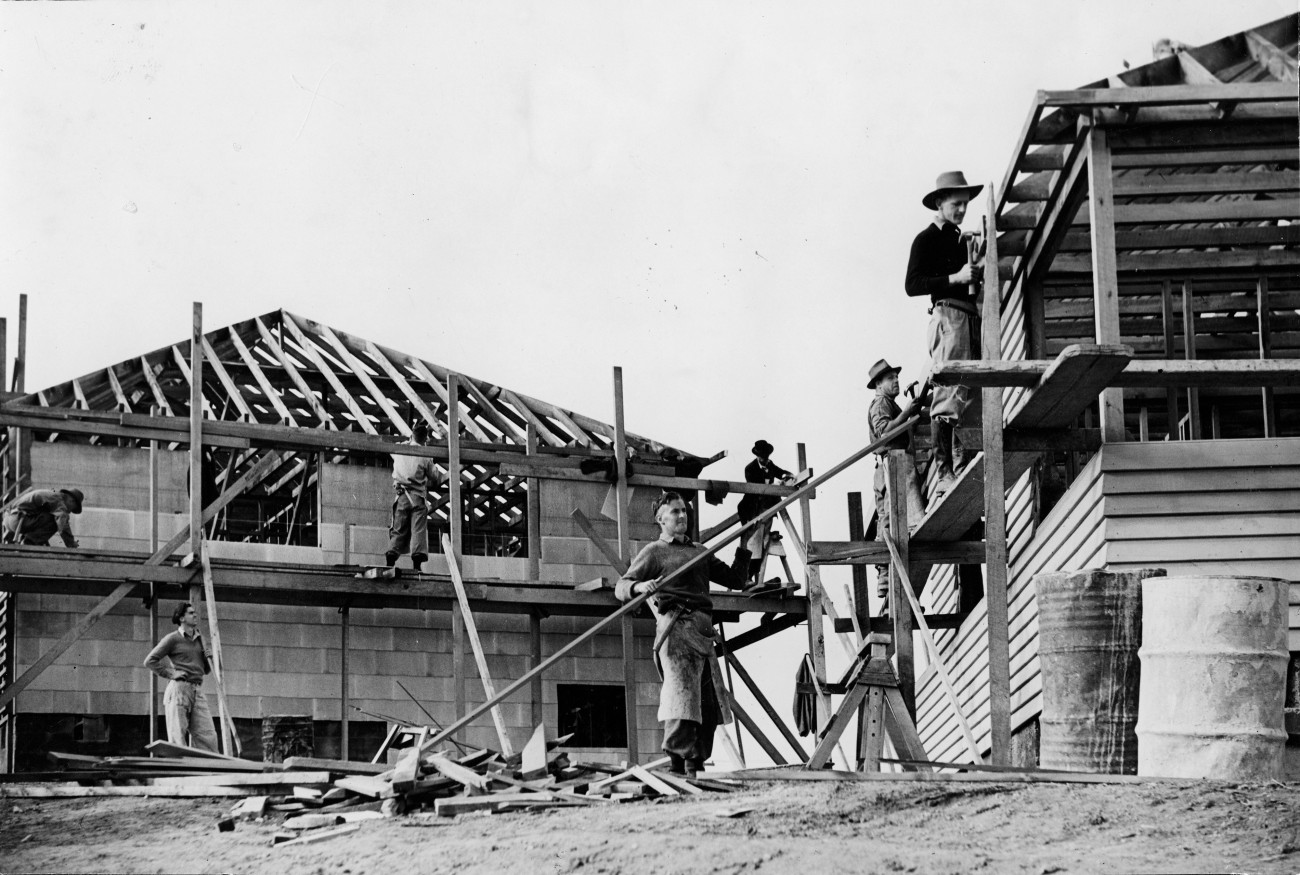 On an early spring day in 1937, Wellington tram driver David McGregor stood with his wife, Mary, and their two young children outside their newly finished stucco house in Miramar, waiting for the furniture to arrive. A sizeable crowd had gathered to witness the occasion.

Eventually, a truck swung into Fife Lane and pulled up at number 12. Several unlikely ‘removal men’, in suits and city hats, stepped down and set about unloading. One shouldered a large divan chair, made his way up the path through the grinning throng, and set down his load in the McGregors’ living room. It was Prime Minister Michael Joseph Savage. Lending a hand were Bob Semple, John A. Lee and other senior members of the country’s first Labour Government.

The highly publicised start to the government’s state housing programme couldn’t have been more symbolic: politicians as servants of the nation, committed to the belief that every citizen had a right to decent housing as well as to education and health.

There had been earlier efforts at social housing, most notably in 1905 when the Liberal Government constructed a number of high-quality suburban houses under the Workers’ Dwellings Act. The scheme, which aimed to offer an attractive alternative to the urban slums inhabited by many of the country’s lowest-paid workers, was not a success—the houses were too far from where people worked and the rents were steep.

In responding to a prolonged housing shortage in the 1930s, Labour was determined not to fall into the same trap—the McGregors, for example, paid just a third of their weekly income in rent. This was partly achieved through economies of scale. Some 5000 state houses were announced in the 1936 budget, employing more than 400 design options based on a range of house cladding and layouts. Local materials were specified, to stimulate employment.

Labour’s scheme attempted a form of social engi­neering: “Attention given to the living-room in design of State houses is a practical illustration of the aim to keep the family together as a unit,” noted an introduc­tory booklet. Tool storage was provided to encourage tenants to grow their own vegetables. The houses, on spacious sections, were located in suburban enclaves, partly reflecting the high cost of land close to city centres but also in the belief that crowded urban tenements were no place to raise children.

The state housing stock peaked in the early 1990s at 70,000. Later governments raised rentals to market levels and encouraged tenants to buy.

The recently announced proposal of a three-yearly review of social housing tenancies—including those run by churches, iwi, trusts and other community-sector providers—has also proved controversial. Critics claim that not enough affordable houses are available on the open market for people who no longer qualify for state support to move into.

It seems that the country’s overheated housing market is as much of a conundrum for policymakers today as were ungoverned urban decay in the 19th century and a housing shortage in the 1930s.