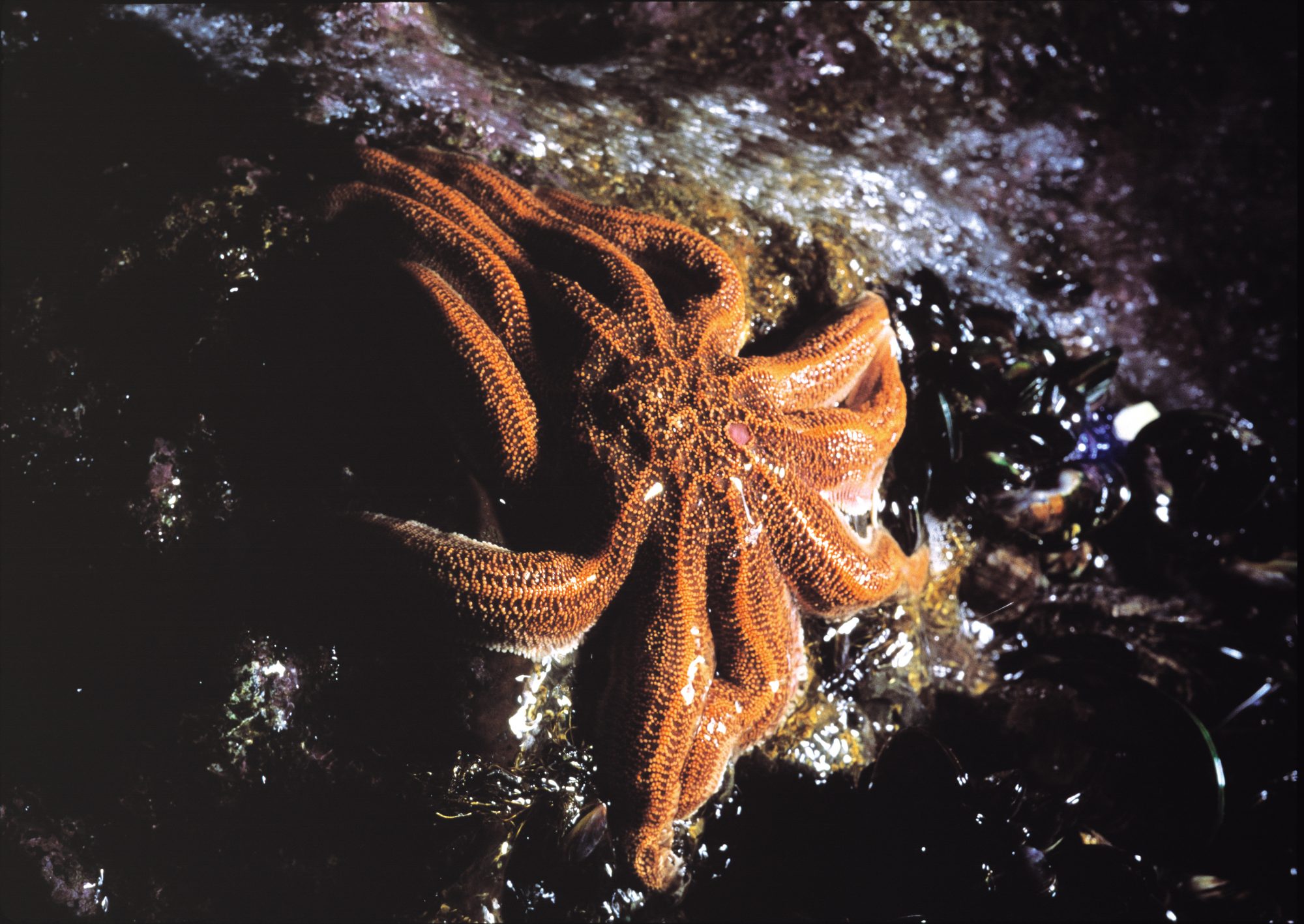 There is nothing tame or bland about this stretch of coastline. Swimmers are warned: stay between the flags! Failure to do so exposes them to the risk of being caught in rip currents which funnel the water away from shore. Surfers use these rips for rapid transport out behind foaming breakers which thunder landward with stunning power.

Unless the seas have been tamed by a prolonged spell of easterly winds and calm weather, it is almost impos­sible to go snorkelling or scuba diving along much of this coastline. Fortunately, the nature-lover can view a smattering of west-coast underwater life in the many coastal rock pools. On each high tide these pools are replenished with fresh seawater and planktonic nutrients. Among the plankton are larval creatures which may remain in the rock pool and make it their perma­nent home.

My interest in these pools began with a desire to photograph some of the colourful sea anemones that are to be found on these rugged shores. These anemones come in a wide range of colours, and it is not uncom­mon to find orange, purple, yellow and green varieties sharing the same pool. Their appearance changes from day to day: sometimes they swell up and expose their stomach lining, at other times they shrink down and all but disappear beneath the sand.

Unlike the flamboyant anemones, most rock pool inhabitants are camouflaged, or hide in crevasses or beneath rocks. To find and photo­graph them requires great patience. You have to literally immerse yourself in the subject, floating face-down in the water with mask and snorkel. This exposes you to some interesting new experiences. If you remain still you may witness a fan worm slowly extending its cluster of tentacles. Any movement will cause the animal to rapidly withdraw inside its tube home, so you must remain dead still and wait for several minutes. This can be difficult if you are under attack from the transparent shrimps that inhabit rock pools. On numerous occasions I have had my arms and legs nibbled and pinched by these tiny creatures.

Twice a day the sea reclaims many of the large rock pools. A surge of cold water on your back and tiny bubbles in the water remind you that the tide is returning and the photo­graphic session must end. You have to stay constantly aware of the tide and surf conditions on this dangerous coast. On one occasion I nearly lost my precious camera bag when a rogue wave broke over the flat expanse of Fisherman’s Rock, at South Piha. I managed to outrun the surging water and grabbed the bag before it was lost to the Tasman.

With its raw beauty and violent seas, the west coast of Auckland can be a risky place to bring a camera, but a rewarding one nonetheless. 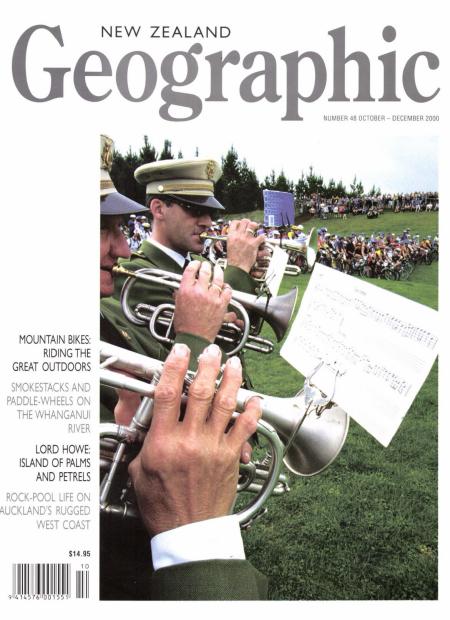 Between a rock and a hard place

Life on the rock

Coal on the coast: between a rock and a hard place