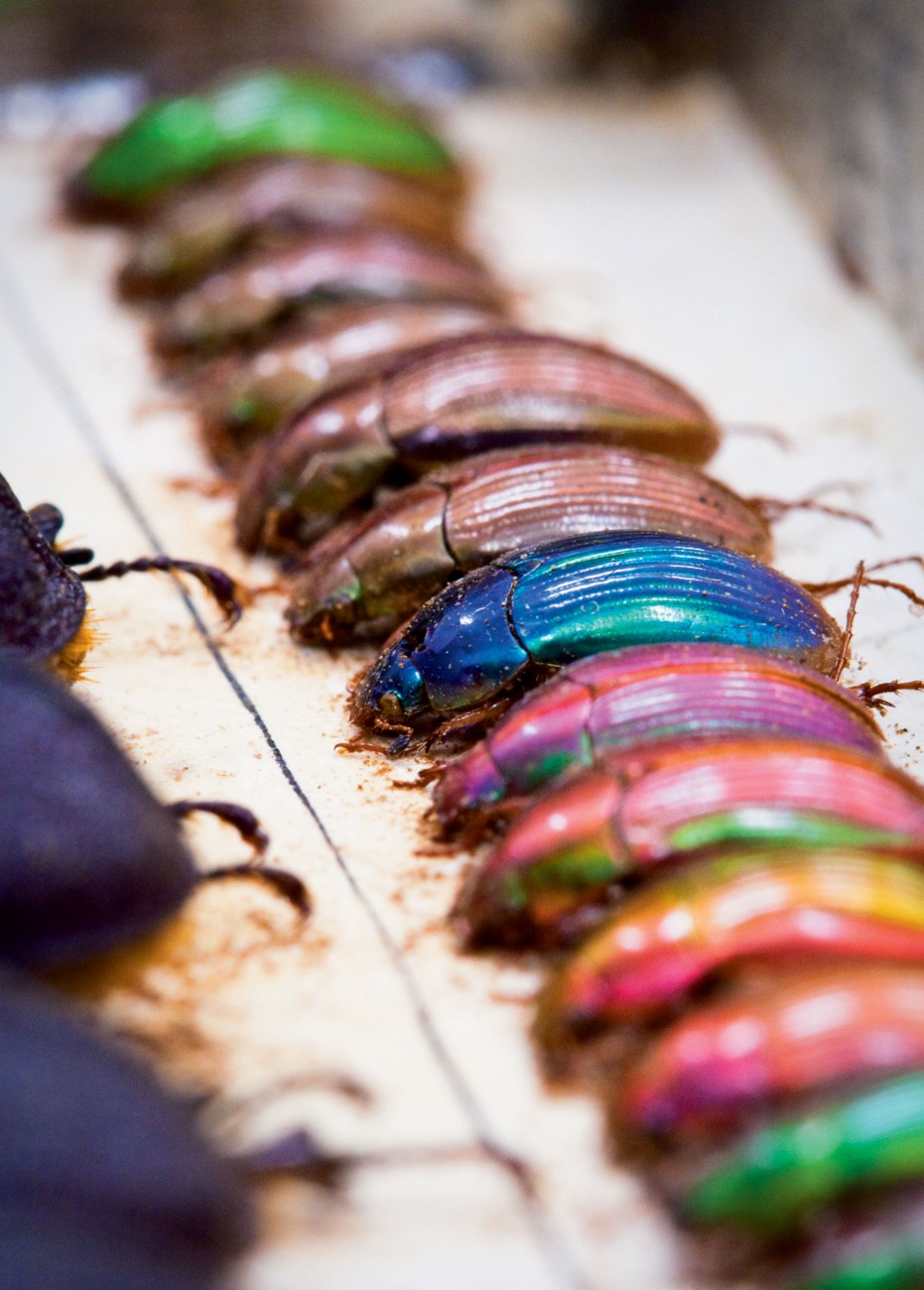 The Pritchard collection is the manifesta­tion of an unusually patient temperament, a delicate touch and an enduring commit­ment to the small things of life—long-horn beetles, two-spined weevils, bark beetles, sand scarabs, stag beetles and tiger beetles. Some of them are large, and equipped with horns and snouts, yet many of them are no bigger than a grain of rice. Every creature has been arranged in a way that best showcases its anatomy, mounted on specimen pins and arranged in meticulous rows.

The collection includes the field note­book headlined “Insects [Collecting notes] 1938–” in which the author has recorded the name of every beetle, the date, time, area and habitat in which it was found, and even a description of the relevant day’s weather. The handwriting is so minute you often need a magnifying glass to read it.

The author, Eric Pritchard (1904–1997), was a school teacher who, with his wife Kay, spent much of his life searching out New Zealand beetles and then saving them for posterity. Pritchard always had an interest in natural history, and during the 1920s worked as a volunteer alongside the museum’s or­nithologist, Bob Falla, and conchologist, Baden Powell. Then he and Kay met Manson and Elizabeth Valentine, two entomologists from the University of North Carolina, and the two couples got on so well they went on a camping-and-collecting tour of the North Island. The trip was the beginning of a life­long friendship and, for the Pritchards, an enduring interest in beetles.

Like most of New Zealand’s fauna, the beetles wear muted colours of green, grey and brown, except for the manuka beetles, some of which are red and, more unusually, a shimmering shade of aquamarine.

Most of the beetles—donated to the muse­um in 1984—came from Waimaku, in south Hokianga (where Pritchard ran the school) and later from Coro­mandel, Waipu, Waihi Beach and the Waitakere Ranges. “This gives us a snapshot of what was there at that time,” says John Early, Auckland Museum’s entomology curator. “In many cases, if we went back to some of those areas you probably wouldn’t find these things there anymore.”