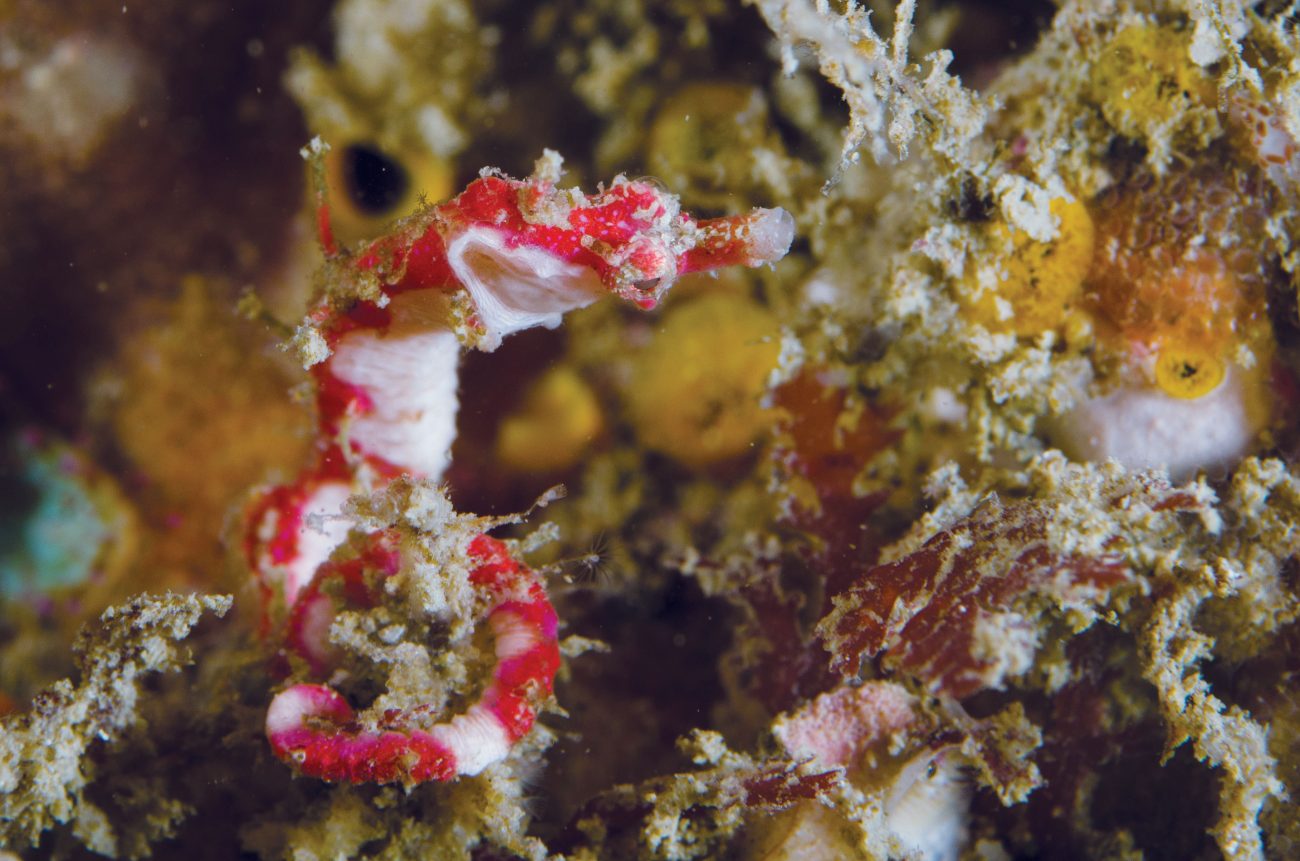 New Zealand has a brand-new endemic species: a tiny, jewel-coloured pygmy pipehorse, just a few centimetres long, that has been hiding in plain sight among the waving seaweeds of the Northland coast. “It’s very unusual for a new species of seahorse to be discovered in New Zealand,” says Auckland Museum’s head of natural sciences, Tom Trnski, who was involved in naming and describing it. “It’s so well camouflaged, and I think that’s why it’s eluded discovery for so long.”

The tiny pipehorse has so far been found only off the east coast of Northland: peering shyly from the vegetation on undersea walls near the Bay of Islands, the Poor Knights Island, and Whangaruru. Its natural range pretty much corresponds with Ngātiwai’s rohe, so the scientists asked the iwi to gift a name for the species. Together, the kaumātua and the scientists came up with Cylix tupareomanaia.

“Cylix”, which means “chalice” in Latin and Greek, refers to the cup-shaped formation on top of the creature’s head. “Tūpare o manaia” translates as ‘‘the garland of the seahorse”, referencing the animal’s jointed head crest and the word for seahorse in Māori: manaia. It also evokes the location where the original pipehorse specimen was collected, Home Point, which Ngātiwai call Tu Pare o Huia, the plume of the huia. In a world first, Ngātiwai is credited as the “naming authority” of the species. (Historically, this has always been scientists.) “It’s a really beautiful name that links this small taonga with Ngātiwai, the kaitiaki of the coast,” says Trnski.

Trnski and his colleagues first submitted the paper to a European scientific journal, but its editors wanted them to cut the Māori abstract—written in the form of a pepeha, or introduction, for the species—and refused to give the naming credit to Ngātiwai. The scientists withdrew the paper and found a new home for it at another journal, where it appeared in full, as weaving of indigenous knowledge with science was respected.