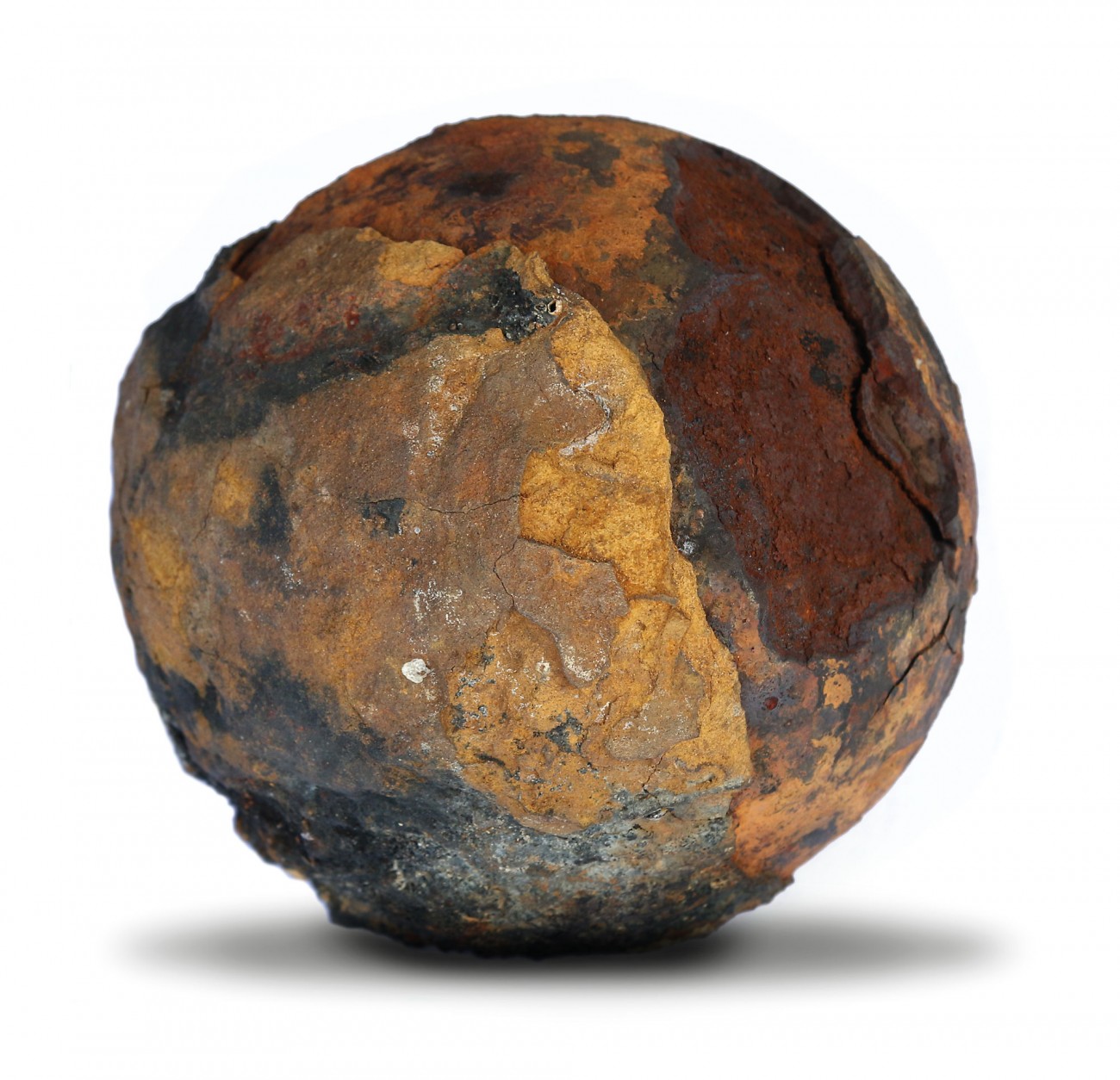 Rowan Dixon was walking along the beach on the morning of his uncle’s funeral when he spotted it, barely distinguishable from the ochre sand and rust-coloured rocks of a slip radiating from the cliff face.

“It was the size of an old-school 50-cent piece, just sticking out above the surface,” he says.

“I pointed down at this tiny chip and said to my brother Sam, ‘See that, that’s a cannonball,’” says Dixon.

Fifteen kilos, 52 centimetres around—a close match for the dimensions of shot fired from 32-pounder cannons used by the Royal Navy warships that plied the Manukau in the mid-19th century, and widely used during the New Zealand Wars from the 1840s to the early 1860s. (Later ships’ hulls were armoured with iron or steel, as the American Civil War had proved that 32-pound cannonballs just bounced off.)

Which ship did the cannonball come from? And how did it become lodged in the cliff at Grahams Beach? There were some tantalising clues.

As tension rose in Auckland during the winter of 1863, Governor George Grey prepared to invade the Waikato, seeking land for European immigrants and to punish the Māori King movement. On July 9, Grey issued a proclamation designed to separate “friends from foes”. All Māori living in the Manukau and the Waikato frontier, including Awhitu, were required to take an oath of allegiance to the Queen and give up their arms.

The British warship HMS Harrier—known as the ‘guardian of the Manukau’, and bristling with 17 32-pound cannons—anchored off Awhitu to deliver the proclamation, ordering all Māori not signing the oath to abandon their homes and pā sites on the peninsula. Three days later, Government troops crossed the Mangatawhiri River, and the Waikato war began.

Gwyn Marshall, now 89, is the great-granddaughter of the pioneer settler William Graham who came to Awhitu in 1854, and still lives at the beach bearing his name. She recalls her father taking her for walks when she was a “little thing of four or so” and pointing out cannonball holes in the cliff faces. He was born in 1876 and remembered his own father telling him the cannonballs were fired at the time of the proclamation as a warning to Māori to leave the peninsula when they became “a bit tardy in leaving”.

It’s possible this cannonball was fired from the Harrier in 1863, or it could have been launched into the cliff by any one of the 17 ships armed with 32-pound cannons in New Zealand waters from 1845 to 1864.

Either way, it’s fitting that it was found by the Dixons on the morning of the funeral for Paul Dixon. He was a hunter and gatherer, a raconteur and amateur historian who was fascinated by local and military history, says his wife, Sue. He was also the local expert on the Orpheus disaster—the ship that was wrecked on the Manukau Bar in 1863 with the loss of 189 crew, while the Harrier was stationed in the harbour and just a few months before Governor Grey’s proclamation.

“If Paul had been here he would have been absolutely ecstatic about the find,” she says. “Especially as it was found by his family on the land he loved.”

The Dixons plan to display the cannonball in the Manukau Heads Lighthouse for everyone to see.