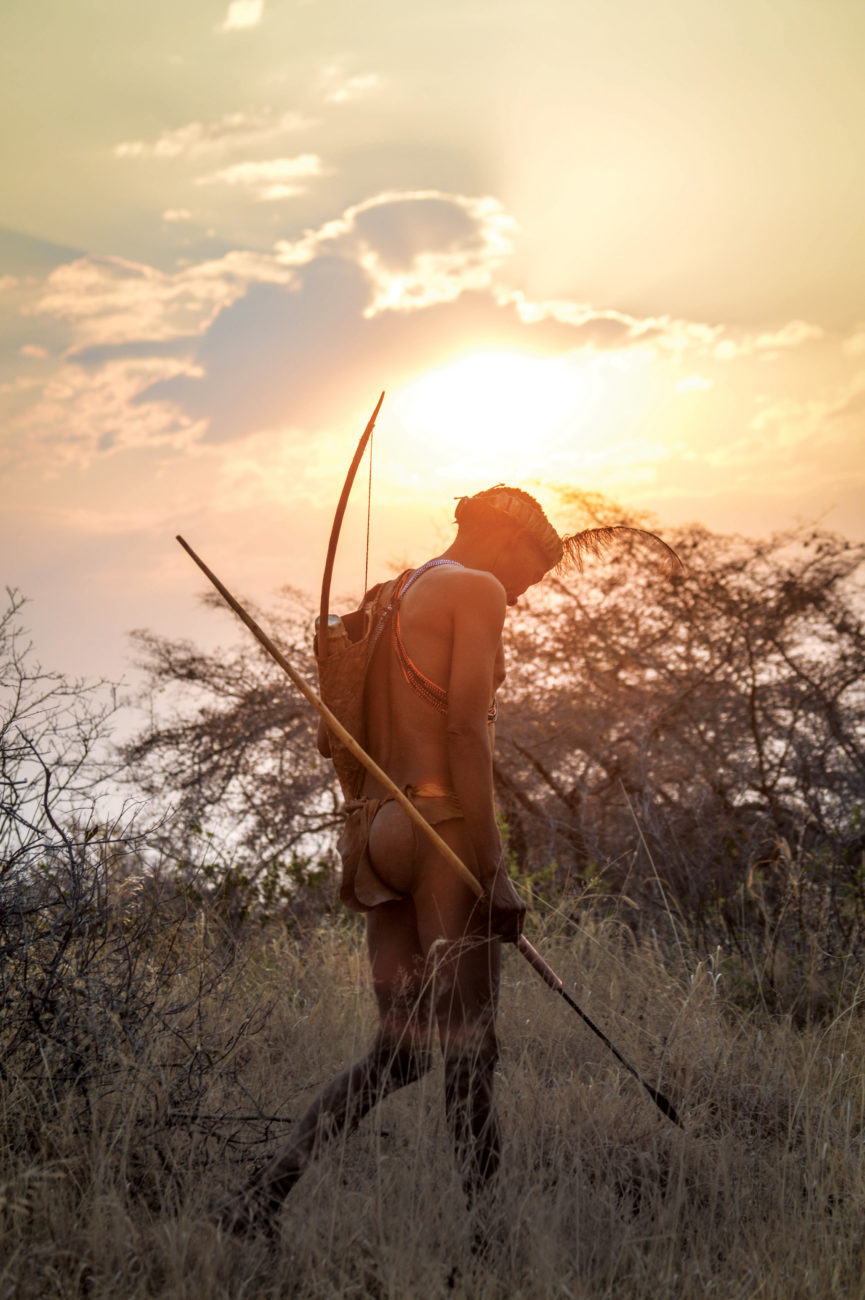 It fooled even Sir David Attenborough. In Episode 10 of The Life of Mammals, he assured us that, as one of the few species with sweat glands, our ancestors were able to run down fleet game over marathon distances. Sure enough, the cameras follow a tireless San Bushman as he runs after a kudu for hours in the midday heat until it finally halts, exhausted, awaiting the coup de grâce.

That idea, of ancient humans as persistence hunters, has enjoyed enduring support. The theory goes that over long distances, humans, who can cool themselves by sweating, will prevail over four-legged mammals, which cannot. Other animals can purge heat only by panting, which doesn’t really work while they’re running.

In his 2009 book, Born to Run, Christopher McDougall argues that arched feet, short toes, wide shoulders and long Achilles tendons not only equip humans to run ultra-marathons, they also give us the urge to go running in the first place. The running community considers persistence hunting as, quite literally, part of their DNA.

Except it may not be true. Henry Bunn, a palaeoanthropologist at the University of Wisconsin-Madison, calls into question how a human might keep a much faster quarry in sight over many hours. Sooner or later, he reasoned, the animal would disappear into cover, forcing its pursuer to become not a runner, but a tracker. Persistence hunting appeared to work in the Kalahari, when Attenborough looked on, but that was down to the featureless landscape.

At Olduvai Gorge, in Tanzania, Bunn and a colleague looked at the bones of prey species—waterbuck, antelope, and wildebeest—that had been killed by early hominid hunters. They found that, out of 19 animals, 15 were in their prime, suggesting it would have been tough to run them down. Only four animals were very young or very old. In a paper published in Quaternary International, Bunn suggests that early humans hunted by ambush rather than persistence.