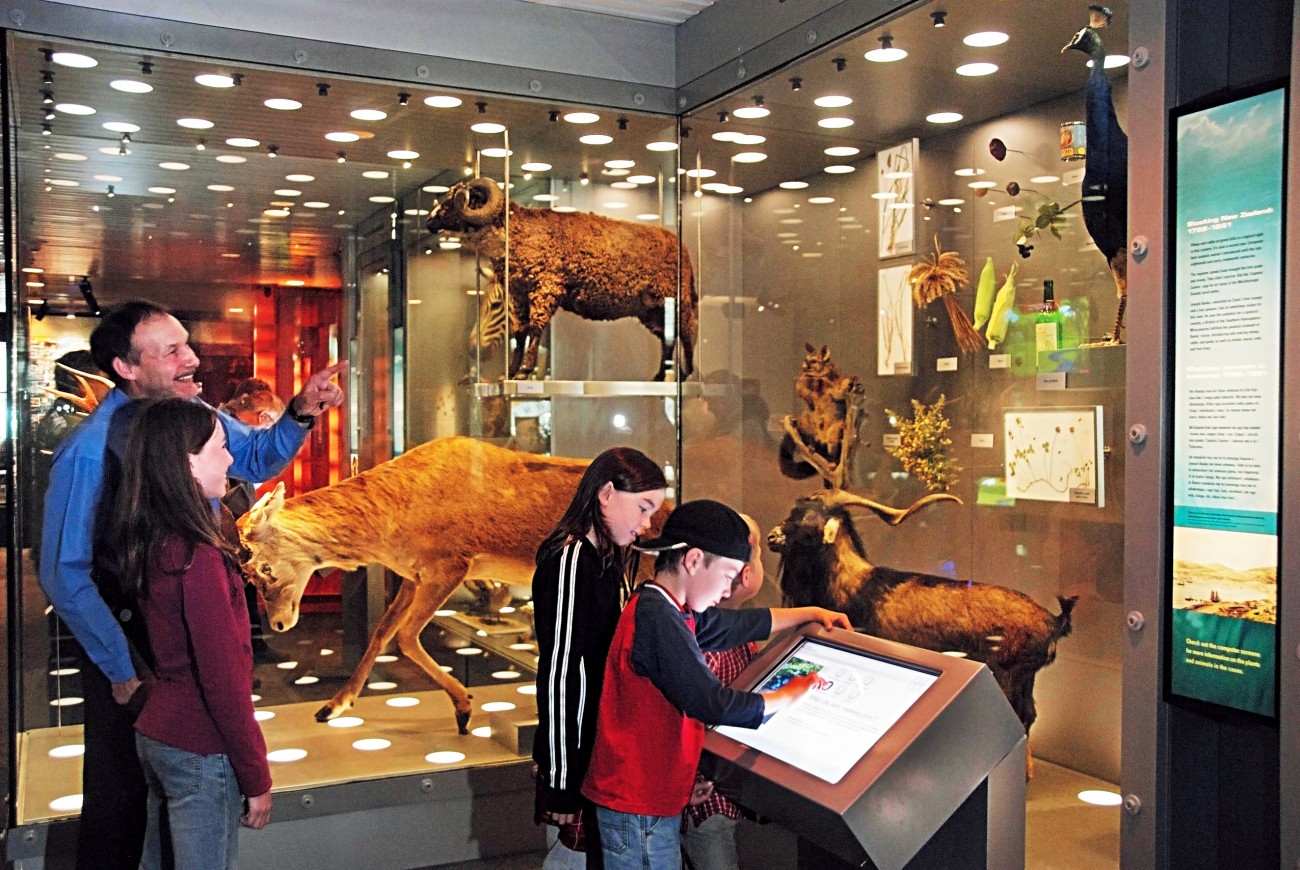 What would have greeted you, step­ping out of a waka 800 or so years ago? As familiar as we are with this land under our feet—its outlines and hues, sounds, aromas, the critters that share it with us—our familiarity is with a land that has undergone gross transformation in a relatively short space of time. Step out of a boat today and you will encounter patches of bush, perhaps, or more likely rolling hills of green pasture, salted with sheep and pep­pered with fences.

Roaming these hills a geologi­cal blink ago were unique flight­less birds, many of them giants of their types, dwelling under a thick canopy of massive trees and pre­historic ferns, forests that were in­terspersed with extensive wetlands. Present day bush containing stands of native trees are only remnants of the great forests of kauri, kahikatea, totara, beech and rimu that once were. The modern dawn chorus is, likewise, a faded echo of past times, diminished in volume and with some tonal ranges now completely missing.

Where, these days, might you find a choir incorporating the boom of moa and kakapo, the ululation of laughing owl, the grating exclamation of adzebill and a panoply of defunct or near defunct songbirds like huia, kokako, saddleback? Te Papa—that’s where!

Blood, Earth, Fire is the label of a new, long-term exhibition on Te Papa’s Level 3. It examines the impact of human settlement on the land and the struggle to survive these changes for these hitherto un­touched islands’ ark-load of native species. This is an ambitious project given the extent and momentum of change and the time spans involved, but then, Te Papa, with its resources and expertise, is certainly better equipped to tackle such a challenge than most.

Beginning with Maori exhib­its—intricately carved burial caskets for afterbirths and a selection of worked stones such as pounamu—a thread of settlement-exploita­tion-miscalculation-mishap moves us quickly to alien introductions. Organisms like kiori and other more recently introduced species of rat, domestic animals, livestock released for decoration or as game, and a long list of pests and biological invaders, are posed provocatively together to hint at the size and spread of this unlikely army.

Value judgements are cast aside in labelling family pets, farm and work animals with vermin. All are equal, being equally alien, thus challenging natives for their livelihood. Exotic flora and associ­ated products including fruit and vegetables, many of which are mainstays of our economy, are also packaged with their pestiferous enemies and you can even walk through a quarantined container where fruit fly maggots are writh­ing among imported foodstuffs, or pause to consider a blender alleg­edly containing rabbit calicivirus, an introduced disease to control an introduced pest. This, then, is one barrel of the smoking gun.

In an adjoining space: the other barrel. The orchestrated process of breaking in the land for human habitation is documented, starting with deforestation and general land clearance which had a duel purpose of sourcing timber for construction while making the land receptive to cultivation and animal husbandry.

Farming and rural sector industries are looked at closely. There is even a running collage of 60’s and 70’s TV images: Fred Dagg, Country Calendar, Chesdale Cheese, Scotty and Crumpy, the tailored version of rural life which has been digested and processed into our self-image by an increasingly urban population.

A shadowy alcove houses the land that was, replete with life-sized and life-like fauna. Te Papa claims a first—they have deduced through research that the moa (in this showcase, a family of stout-legged moa) was hunched and long, dinosaur-like rather than giraffe-tall in bearing. This doesn’t actually seem like anything more than commonsense. Perhaps their research was based on Issue 12 of NZ Geographic from 1991, which showed and explained why the moa would adopt this pose? But let’s not be picky, these are fine models, hardly discernible from exhibits composed by taxidermy, and they are ac­companied by the sounds that these creatures might have produced. The dawn chorus they have recreated is vivid and unique, and the overall effect of this exhibit is rather similar to our Extinction in the Land of Birds poster from issue 44, where an unlikely gathering of different species of birds share a small clearing.

In a small theatrette, a looped film called My Place singles out small corners of New Zealand as the (now not so) secret places of artists, adventurers and oth­ers who have cultivated a special bond with the land. Particularly notable is the manic passion of a man who throws himself off high ledges in a remote West Coast location to see if his parachute will work.

In inimical Te Papa style, the whole exhibition is littered with virtual entertainments, from sawing down your own giant tree to experience the effort required, to prompting a moa to pass faeces with farts and comical expressions and then studying the dung pile for its dietary secrets. This will surely be popular with youngsters.

Many of the displays are augmented with excel­lent maps produced by GeographX, who incidentally provide cartographic services for this magazine. While generally light on accompanying explanatory detail, this is a visually and aurally evocative exhibition, an educa­tion and an entertainment, clever in the way it combines so many disparate yet familiar elements into a strong thematic experience.

While there is clearly a sense of sadness attached to extinctions and other losses highlighted in this exhibi­tion, there is also an attempt to celebrate conservation efforts and to illuminate as positive developments some of the changes that have been wrought on the land­scape. The conjoined Maori perspective lends another resonance to the overall enterprise.

As this is the first in a series of long-term exhibitions, you have—presumably—plenty of time to see it. Admis­sion is free.