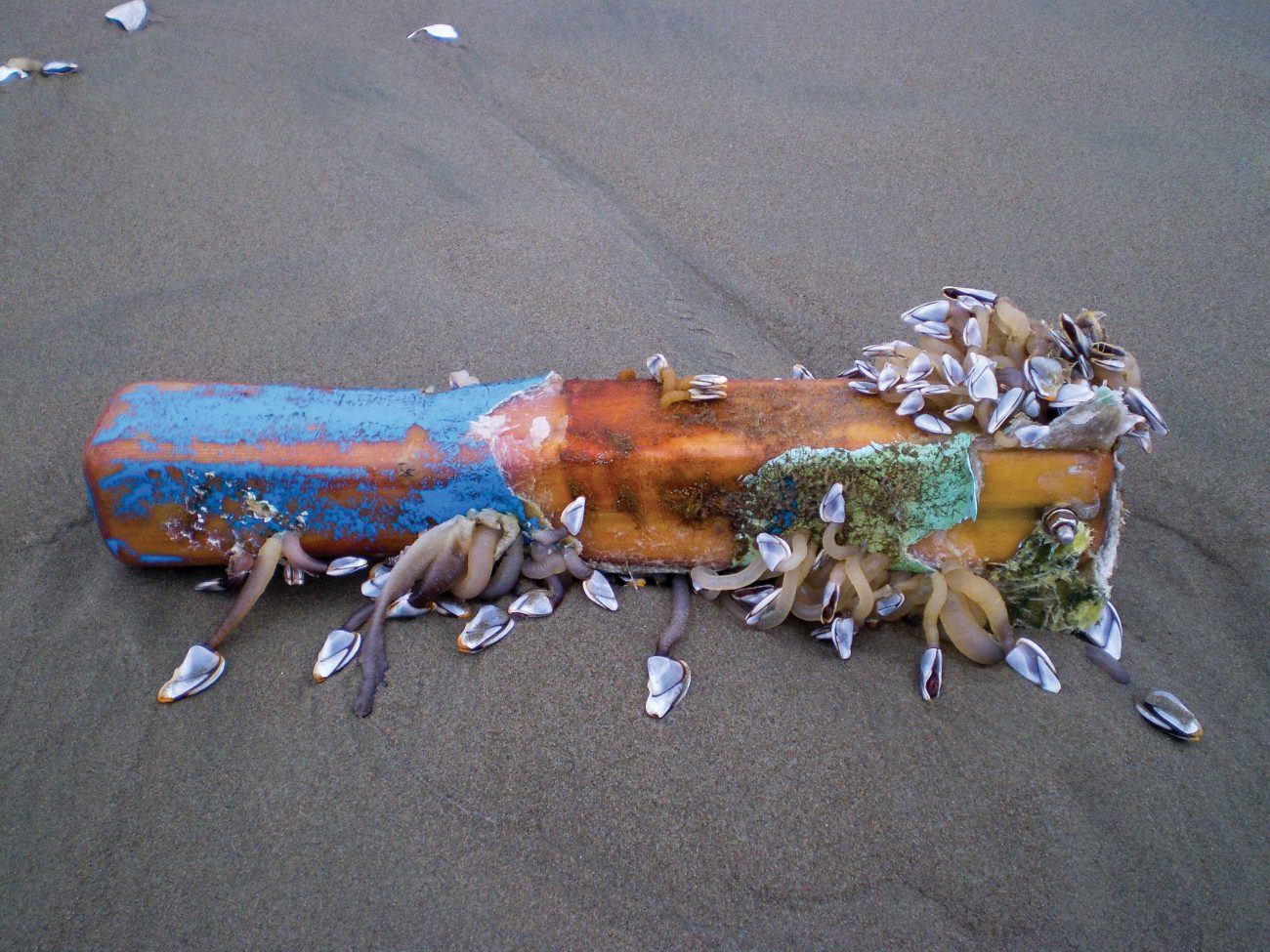 Hundreds of Japanese species have now rafted to the United States on debris following the 2011 Tōhoku tsunami—the biggest biological rafting event ever witnessed. Scientists say this is due to the rise of plastics and other synthetic materials, which create highly durable rafts.

The 2011 magnitude 9.1 earthquake off eastern Japan created a tsunami of up to 40.5 metres. In the past six years, US scientists have collected 620 pieces of debris from the tonnes that washed up after crossing the northern Pacific Ocean.

Within the debris were more than 300 species from Japan—invertebrates and fish, swimming in boat compartments. Larger debris such as buoys, crates, posts, beams, boats and docks supported a higher number of species.

Some short-lived species bred for several generations aboard the debris.

Life forms have always rafted to other continents, especially after natural disasters. But while natural rafts are made of materials such as tree and kelp debris, modern debris from coastal development contains non-biodegradable materials such as fibreglass and plastic—tough rafts that last longer distances.

When it comes to spreading invasive species, say the authors of the study, published in Science, these rafts are even more effective than boat ballast. They are slow-moving, giving the hitchhikers aboard time to grow and adapt to new conditions, and they can wash up on pristine coastlines.

Lead investigator James Carlton says this transporting of invasive species by marine debris is set to become more common, with the increase in climate-change-driven storms likely to send more debris into the ocean.