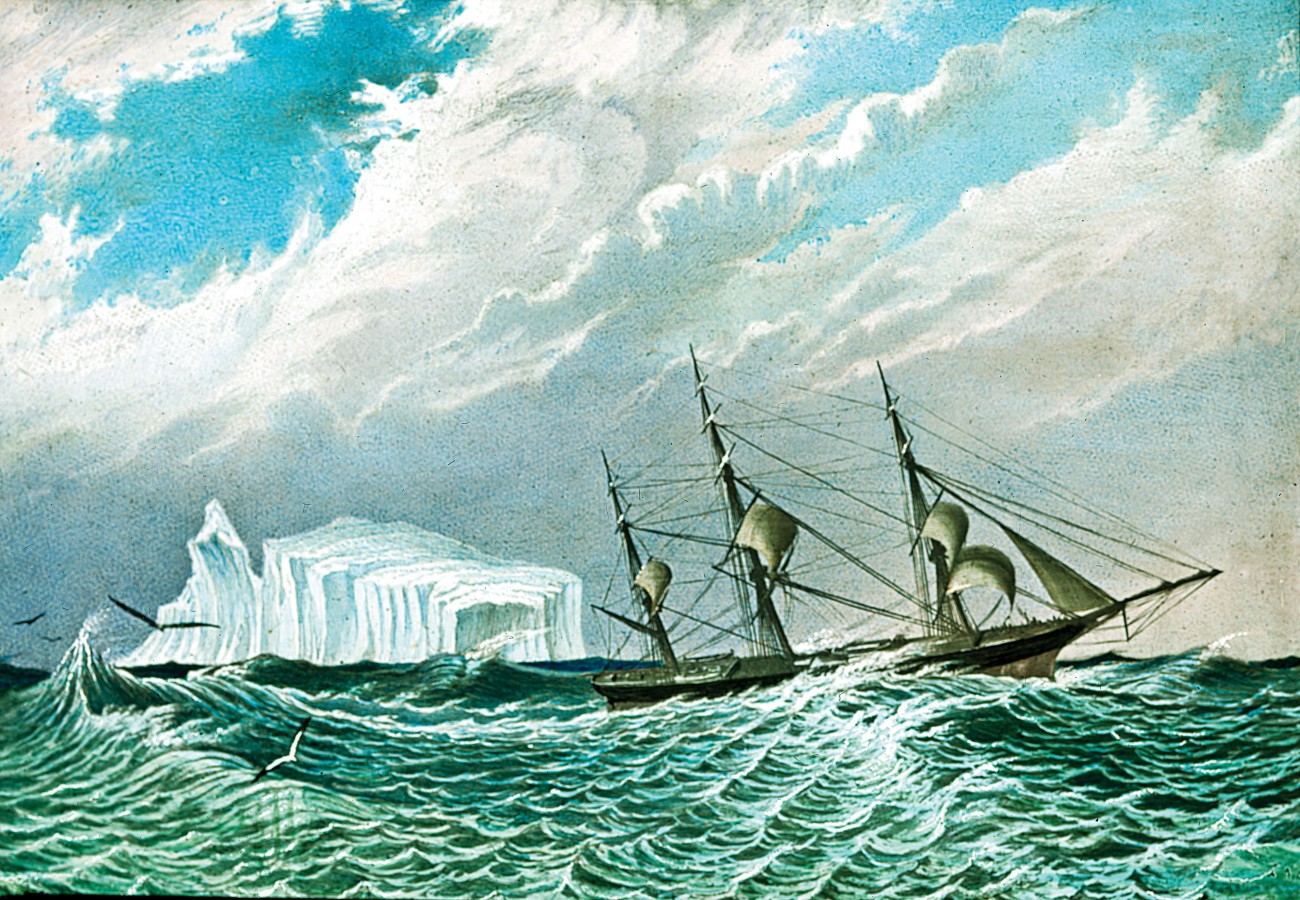 “Had a ver ruf day, the sea running moun­tains high, the ship reeling to and frow like a drunkin man, chists upsetting, watter cans pots & pans tumbeling in all directions.” So wrote an immigrant named Mathieson travel­ling to Dunedin on the Jura in 1858. Some passengers became seasick, he recorded, but none appeared to fear sinking, such was their trust in the ship and her captain.

Not so on the ship that brought Fanny Davis to New Zealand in the same year. “Last night was the worst. The wind rose to a perfect hurricane; they fastened down the hatches but that did not prevent the water making its way down to us,” she wrote. “All at once there arose a cry that we were sinking and, of course, that added to the general confusion and many were on their knees praying who had perhaps never thought on the name of God before.”

Sinking was a reasonable fear. At least 30 ships sailing to Australia and New Zealand in the 19th century were lost at sea. Some foundered in heavy storms, and one, the Guiding Star with 546 people on board, was last seen in the company of icebergs and presumed to have sunk after colliding.

Once it became clear how much time a sailing ship could save by seeking out strong following winds, the immigrant ships of the 1850s pushed deeper into the Roaring Forties and Furious Fifties. But in these latitudes, the giant atmospheric troughs that control the behaviour of fronts and lows are unstable, and naturally go through cycles of growth and decay.

Ahead of an intensifying front, wind speeds could approach hurricane force, espe­cially in spring when storm followed storm in quick succession.

Hazards of rough weather included broken bones from falls—particularly likely on wet decks or the steep narrow ladders between—and scalding when hot liquids were spilled. Cargo could work loose, and in one instance aboard the Piako on Christmas Day in 1879, chaffing caused a badly packed box of fireworks to burst into flames, setting the ship alight. The fire was put out after half an hour, although passengers and crew suffered from smoke inhalation.

In very rough weather, waves could sweep across the decks. Steerage passengers had to be confined below and the hatches closed to prevent water entering. The situation became extremely unpleasant if it continued for many days.

Privies for steerage passengers were rudimentary structures erected on deck near the ship’s side and inaccessible during storms; other solutions had to be found.

One passenger opened a porthole to let fresh air in, only for the ship to plunge into a wave, allowing the sea to flood in. The captain threatened that anyone repeating this mistake would be put in irons and prosecuted on arrival in New Zealand.

The weather suffered on a particular voyage varied depending on the time of year. Some immi­grants, lucky in their small share of storms, remem­bered the heat of the tropics as the worst part of the journey. Lack of wind and lack of progress could drag out stifling conditions for weeks.

Men were able to sleep on deck at night, and even swim in the sea during flat calms. For the women, these remedies were not available. As the lack of ventilation caused the atmosphere below decks to become oppres­sive, some women succumbed to fainting fits and delirium, their misery unrelieved by the awful-tasting water they had to drink.

When the first ships reached New Zealand, the immigrants’ trials with the weather were not over. Accommodation on land was not ready for them and they had to build their own, often from rudimentary materials. Initially allowed to stay on the ships for a few weeks as they built shelters, they were sometimes forced off before the structures were complete.

Alexander Marjoribanks, in his book Travels in New Zealand, 1846, writes of immigrants “driven out of the ship like oxen upon a Saturday night, in the midst of a storm of wind and of rain, of which you can hardly form any conception, many of them having no place to which they could fly to for shelter, until the fury of the storm was overpast”.

Marjoribanks claimed there were no gales during his trip to New Zealand and reported the captain on his ship saying he had experienced none on his only other voyage. Moreover, the captain claimed another skipper of his acquaintance had made the journey four times without suffering gale-force winds.

This stretches credibility and reads like some of the disinformation published about weather in Charles Heaphy’s book, which records the author’s travels around New Zealand in 1842. He claimed that summer in New Zealand lasted eight months and winter only two. He acknowledged there was a rainy season in winter that lasted several weeks, but that in summer and autumn, the rain that fell did so mostly at night. He accepted that the wind in Wellington could be boisterous, but never so violent as to do material injury to a field of corn.

Settlers’ letters home painted a consid­erably harsher portrait of Antipodean weather. To resolve the resulting controversy, the Colonial Administration bought some ther­mometers in 1861 and set up observatories around the country to scientifically establish what New Zealand’s weather was really like, thus giving birth to the New Zealand Meteorological Service.

The economic consequences of the industrial revolution that drove thousands of people to take the courageous gamble of immigration are well described in Tony Simpson’s book The Immigrants. For many immigrants, the voyage to New Zealand was the trip of a lifetime. For some, it left scars that lasted that long. Mary Ellen Mitcherson’s ordeal was so awful she vowed never to see the sea again, and lived in Christchurch for 60 years without ever going to New Brighton or Sumner.