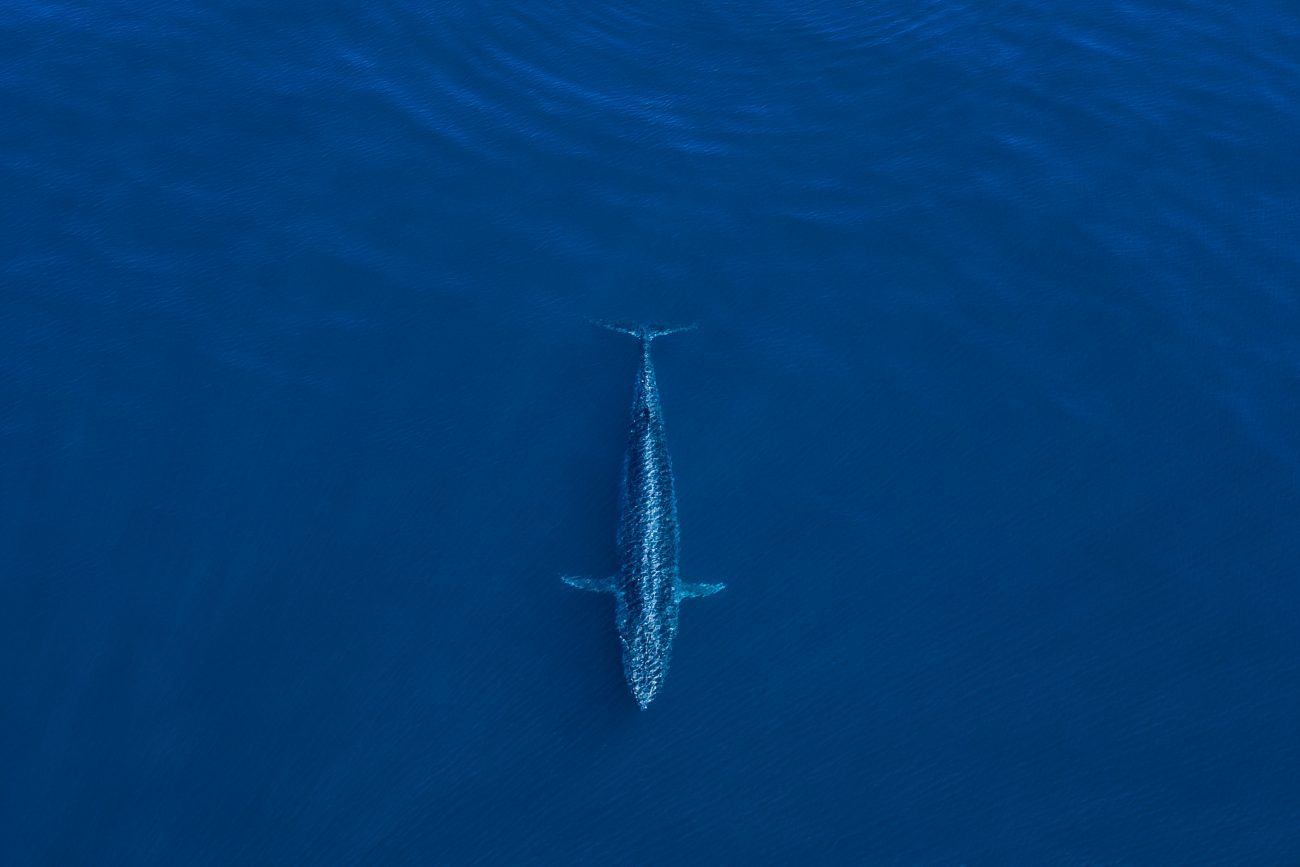 Last night I attended a funeral… at least it felt like a funeral. A couple of hundred people gathered at the Royal New Zealand Yacht Squadron on Auckland’s waterfront, filling every seat, sitting in the aisles, spilling out the doors.

Above us loomed the Americas Cup, displayed in an alarmed, acrylic case—a symbol of focus, performance, innovation, determination and, ultimately, success. The assembled crowd, however, were cogitating a different set of nouns: disappointment, fading hope and failure all came to mind.

It was the 20th anniversary of the establishment of the Hauraki Gulf Marine Park, still New Zealand’s only national park of the sea. The event coincided with the release of the sixth State of the Gulf report, which summarises in a few neat pages the litany of failures, exploitation and incoherence that has led to the wholesale collapse of the one of the world’s most abundant ecosystems.

Here are some of the highlights;

It’s a diabolical scorecard. Disappointing and distressing too, for anyone who loves the gulf. Yet, even as some plunged into despondency, others found a couple of faint reasons to celebrate. The first was the setting of a speed-limit for shipping which had resulted in the near elimination of whale-strikes in the Hauraki Gulf, protecting the resident and nationally critical Bryde’s whales as well as passers-by. The other was the success of predator eradication on 45 gulf islands; though critics quickly pointed out that it was more of a win for terrestrial conservation than marine.

Minister Eugenie Sage read out a familiar speech—the importance of the gulf, the importance of stakeholder engagement and protection, the great efforts of her government, and the still forthcoming promises that something might be done after recommendations from the Ministerial Advisory Committee that she quickly admitted “won’t be enough”.

Cunningly, Sage herself posed the most obvious question before the critics could raise a hand; “Why is it that we have less than half a percent of our marine area protected in marine reserves.” Well, good question… why? But it was rhetorical, advanced early so it could be dismissed early, because from October 2017 until today Minister Sage’s government has failed to move the needle a jot. It has been stuck, firmly, on 0.37 per cent of our Exclusive Economic Zone since 2014, despite the Government’s own Marine Protected Area Policy goal to reach 10 per cent protection by June this year, which now seems a distant prospect.

“Why is it in the marine space that there is so much argument about people’s interests and rights, and less about responsibilities,” Sage went on, pivoting elegantly from failure to thinly veiled blame. “We have got to get beyond asserting our rights and think about our responsibilities for the domain of Tangaroa.”

She was dead right, and the comment drew rare applause, on an evening that there was little to clap about. But it was political sleight of hand—we clapped because she confirmed our assumption that her government had done nothing, but it left the audience little room to contest it. The minister rapidly tapered to a limp conclusion, subcontracting governance to voluntary action by commercial fishers and land developers—easy targets in a room full of greenies clinging to hope. No announcements, no plans, no pathways.

Sage gracefully stepped off the stage, the audience took fortifying slurps of their drinks, and the evening’s MC, Clarke Gayford, made a quick segue to a panel of experts who puzzled over the myriad threats and the few solutions available. Only University of Auckland Associate Professor Rochelle Constantine ventured to suggest that there might be less fish because of fishing, an observation that drew the second and final round of applause.

The night was drawn to a soft close with a final list of tips for restoring the health of the gulf, including careful disposal of coffee cup lids and a plug to attend an Auckland Philharmonia Orchestra performance of a new tune composed on Tiritiri Matangi Island. On the eve of two decades of stilted marine conservation, this was the only forward strategy provided. (Should you wish to be bored out of your mind, then whipped into anger, view the lacklustre livestream of the Auckland Conversation for yourself.)

I was dumbstruck. The open mouths, glassy eyes and ghost-like exit of the audience into the dark night beyond the bi-fold doors suggested that others were left a little rudderless too.

But as the room emptied and conversations began among those most immobilised by the course of evening, something else began to rise. It was outrage. Reasonable people began to fume. Scientists abandoned their institutional independence. Mild-mannered NGO staff were heard cursing. And that, we realised together, was the missing element of the night.

There was no Greta Thunberg to demand attention and apply fury to the theft and destruction of one of the world’s greatest ecosystems. No one to reflect the upset and anger in the room. No one to heckle or hurl difficult questions. No one who, on balance, cared enough to dispose of their decorum.

Why didn’t someone grab the microphone and protest the lack of action, the egregious failure, the catastrophic loss. Why didn’t I?

No one at this funeral, so full of tributes, stepped up to suggest that the cause of death was in fact manslaughter. That we the public had watched on pathetically while agencies moved inadequately towards failure. How could politicians and councillors gloss over the inadequacies of their actions? Because we let them.

As publisher of New Zealand Geographic, a local, family-owned media outlet focused on accurate and relevant communication to the public, I feel a particular weight of responsibility for this outcome. We have reported on commercial fishing and quota, climate impact on our coasts and biodiversity loss in our seas for 30 years. Did none of it sink in?

Has our coverage been too vague, too worthy and imploring, too indirect? Do we need to be more explicit and specific with our science communication, and sharper, more assertive with our journalism? How did we let this happen?

Political action has failed because there has been insufficient political pressure. If you want to let our environment go to rack and ruin, there’s no opt-in box to tick, you just do nothing, say nothing. If you want marine protection, you need to fight for it, work for it, vote for it.

We know how to fix this. International experts and the UN suggest that 30 per cent marine protection by 2030 is necessary for healthy, functioning marine systems. This is an ambitious but valuable goal in the context of the Hauraki Gulf and New Zealand’s wider exclusive economic zone. We have ten years to achieve it. A reduction in fishing effort—both recreational and commercial—will be one of the biggest factors in the future sustainability of our marine environment. Our quota system is broken and our recreational take is unsustainable. Penalties on polluters will be unpopular and complex, but not impossible. Legal entity status for Tikapa Moana/Hauraki Gulf would change how we viewed the enormous, faceless embayment on our doorstep, and this has already been proposed by iwi.

None of these actions are easy, but all are of a magnitude that can ensure that the next 20 years are not as poorly spent as the past 20 years.

When America’s Cup sailors Pete Burling and Blair Tuke did some diligence around starting their marine-focused charity Live Ocean, there came a moment when, Pete told me, “We realised we didn’t have a choice. We’d heard enough, and we’d regret it forever if we didn’t do something.”

Like other media outlets, New Zealand Geographic has always put information before advocacy, but like Burling, you can only maintain impartiality for so long. NZGeo has never shied away from editorialising, but we’ll be doing a lot more of it. Expanding on the facts to offer solutions. Holding a tighter rein on authorities and agencies that have a duty of care for our society and our environment. Exposing information that is being wilfully or optimistically ignored.

If you’re a politician, New Zealand Geographic is going to hold you to account for your promises, now more so than ever. If you work for government or an agency with environmental or public responsibility, we will be more demanding and specific in our requests. We will be less accommodating of ignorance, ineptitude, politicking and half-truth. Please appreciate the urgent and important nature of public communication. Please receive this in the spirit in which it is intended, because we all benefit from a clearer more accurate view of our place in the world.

If you are a reader, you have myriad responsibilities to communicate these crucial ideas to your whanau and friends. You also have a democratic responsibility—we don’t care who you vote for, but if you would like a kinder society, a more sustainable economy and a healthier environment, you must include this in your decision-making this year. These are the values on which we will weigh our editorial decisions too.

As for the plight of the Hauraki Gulf, New Zealand Geographic will work with Blake Trust and Live Ocean to frame up a plan, and scientists, fishers, advocates, communicators, council, iwi, and yes, politicians, to implement it. If you’d like to act now, let’s start by putting 30 per cent marine protection by 2030 on the government agenda—let the Minister know here. Please watch this space, as it will never be the same again. I promise.

James Frankham is the publisher and director of New Zealand Geographic