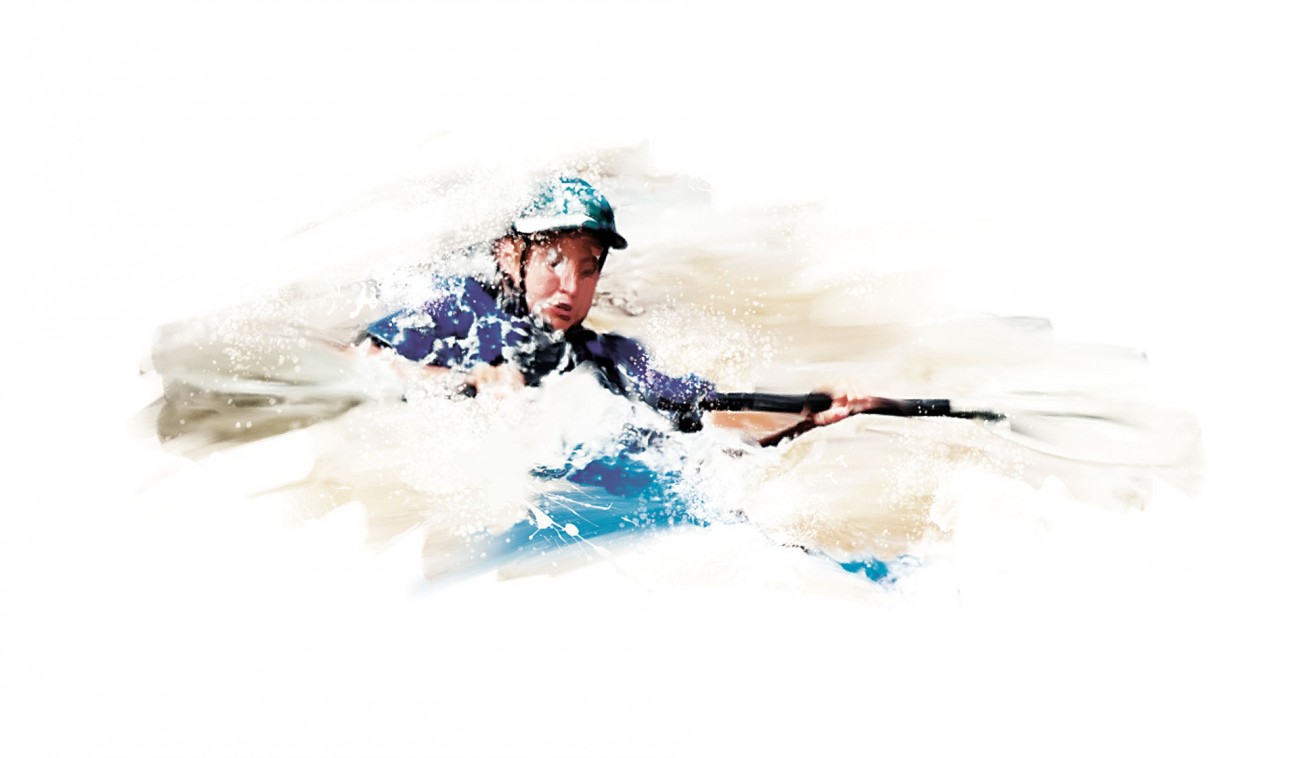 In the early 1980s, I became keen on white-water kayaking. My interest developed through friends of my brother—a group of keen rock-climbers I had met and spent time with while belaying David up at Castle Rock in Christchurch.

I never progressed beyond an intermediate level, but from a very early stage I gained a reputation for never falling out of my kayak. The reason I didn’t capsize was not that I had a “low centre of gravity”, as the others joked, but because I was afraid.

Yet, despite the fact that I was often really scared, I would follow this group of friends down most rivers. I think a lot of this had to do with the fact that I assumed fear was central to the kayaking experience. Although the danger and difficulty of each rapid are graded on a scale from one to six, it was the sense of anticipation and the heart-pounding anxiety aroused by a rapid that really defined the river. Looking at a rapid, discussing the best route, and watching the most experienced paddler negotiate a way through it helped, but even when I saw my friend give the thumbs-up, I experienced an overwhelming sense of fatalism. This feeling was often exacerbated by another friend who, when faced with danger, took pleasure in reciting the first verse of Roger McGough’s poem Let Me Die a Youngman’s Death—a ‘wish’ that came true in his case, as he was killed climbing on Mt Cook a few years later, while still in his mid-twenties.

In my experience, I always noticed the way time distorted in the minutes before tackling a rapid. Often I would be sitting in my kayak, adjusting my weight, checking my spray-skirt with one hand while holding onto a rock or the bank with the other.

During these moments when I was most scared, I would also tend to see the objects around me with clarity and in great detail. I would notice striations in the rock, streaks of quartz and small flecks of mica. The water itself would somehow feel more tactile. Depending on the river, it would feel slippery like silk or gritty like an emery board. It would be either surprisingly warm or achingly cold.

I used to dip my hands in the water and then run them along the shaft of my paddle until I was satisfied that they were positioned correctly, that I was ready. And, as I did this, I breathed slowly and listened to the roar of the water, willing it to fall silent so I wouldn’t feel so afraid.

I could tell from my first stroke what was going to happen. There is a wonderful sensation—a combination of strength and resistance—when the blade enters the water at the right moment. Immediately, you become part of the river; you move with it and respond to its changes in rhythm.

If I was unlucky, my first stroke would appear to strike nothing but air. That’s how it felt. The sensation was similar to losing my balance and falling. Rather than feeling powerful, I would feel weightless, without substance, and nothing could change that.

After a few years, something strange started to happen. I began to notice that running a rapid didn’t leave me feeling exhilarated, or even satisfied. Rather, I felt just as scared at the end of the day as I had at the start. So even if I had had a successful run, I couldn’t shake my sense of dread. I would replay each rapid in my mind, and each time I did this, something terrible would happen. If, in reality, I had avoided an under-cut bluff or a hole, my mind would re-create the scene in such a way that I would be wedged against the bank, upside down, and trapped. Every imagined scene resulted in an imagined death.

A couple of years ago, I started paddling again with my brother. To begin with, I was a better kayaker than he was, so we took things slowly and, bit by bit, my confidence grew. I realised that my fear was often triggered by noise.

If I could hear a rapid from a distance, or if it was particularly noisy once I got closer, I didn’t want to run it. And yet sometimes I ran it anyway, despite my fear.

Fear, and its companion, the desire to prove myself, no longer motivate me, nor drive me to take risks. I don’t like the extremes suggested by such motivating forces. The need to overcome fear strikes me as unhealthy.

Far more interesting, I believe, are the regions between fear (or failure) and success. It is in this grey zone that I feel most alive, most at peace and, importantly, most receptive to new experiences. It is from this place of freedom that I take risks.