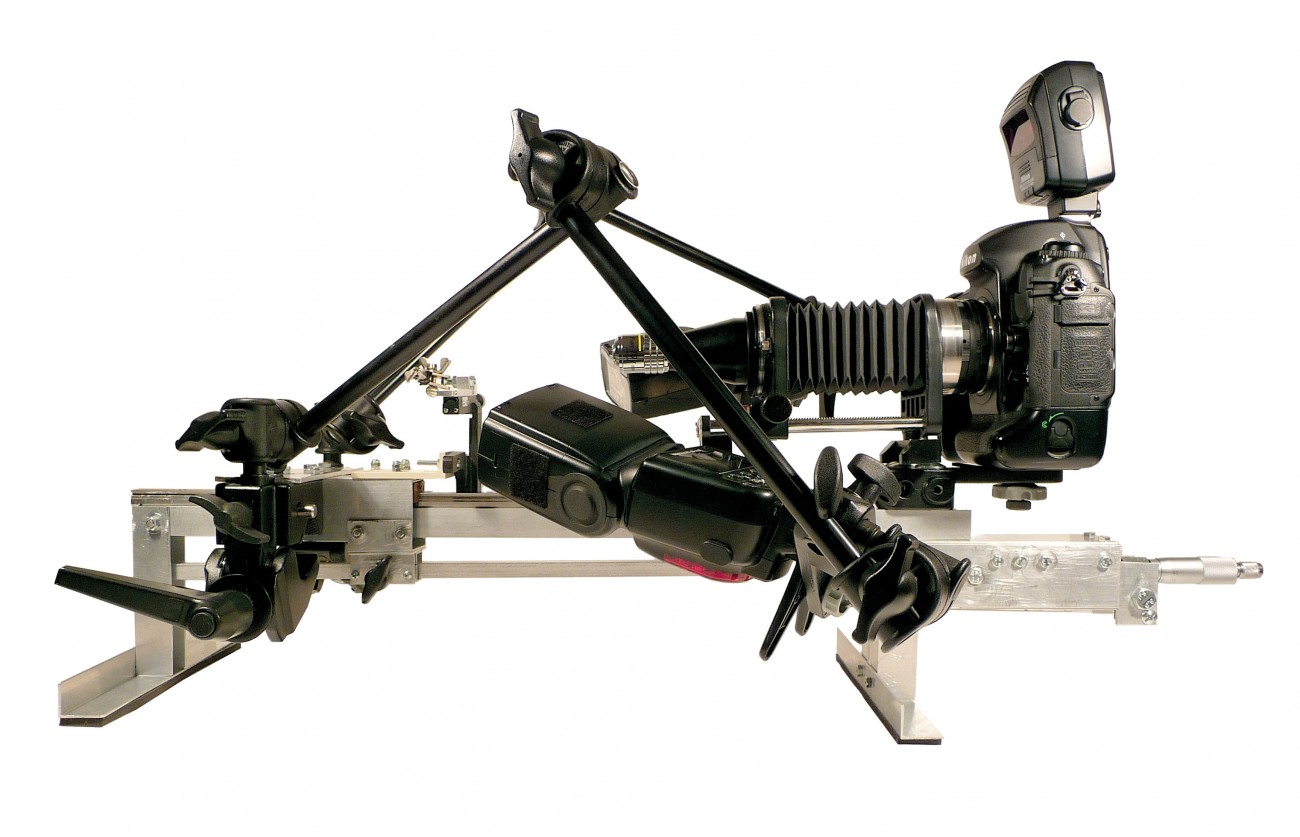 George Novak is one of the few who have seen a heart begin to beat. It took about an hour to extract an almost-invisible trout embryo from its delicate egg by peeling off portions of the shell. Looking through the viewfinder, he could see a rhythmic movement inside the seven-day-old, jelly-like embryo, the first beats of a new heart.

“I was surprised; I had never seen anything like it,” he says.

Novak, a freelance photographer based in Mt Maunganui, has an obsession for investigating what the naked eye can’t see, and was drawn to document the delicate process of new life in trout.

“I didn’t want to photograph  it as an adult fish. I wanted to see how it forms, and where it comes from,” he says. “Nature’s design is amazing.”

Most of these images have been painstakingly created through focus stacking, a method Novak has been using for the past two years. Focus stacking creates a large depth of field by combining hundreds of images taken with shallow depth of field. An image of a mosquito, for example, can require
up to 600 frames stacked together. For the trout images in this issue, Novak captured up to 8000 photos a day to end up with 50 full frames.

“It’s time-consuming,” he says. Growing up in Transylvania, Romania, Novak took his first photo at the age of 8—a  black-and-white image of a horse. A passion for biology was nurtured at university, where he completed papers in entomology (the study of insects) and dendrology (the study of wooded plants) before coming to New Zealand for a visit. He got “stuck”, and has been here seven years.

Novak now spends his time photographing in his “man cave”, a garage converted into a basic lab and photographic studio. He can now record parts of insects as small as one square millimetre using a custom-built contraption called a macro rail.

“I find it fascinating, because it’s at a dimension that you can’t see in everyday life, and it’s something different.”

There are always new specimens to photograph, says Novak. Come spring, he will commence work on two new projects: a series on New Zealand mosquitoes, and another on fleas.

“I ask everyone that I know with a dog or a cat for a flea. They all think I’m crazy.”