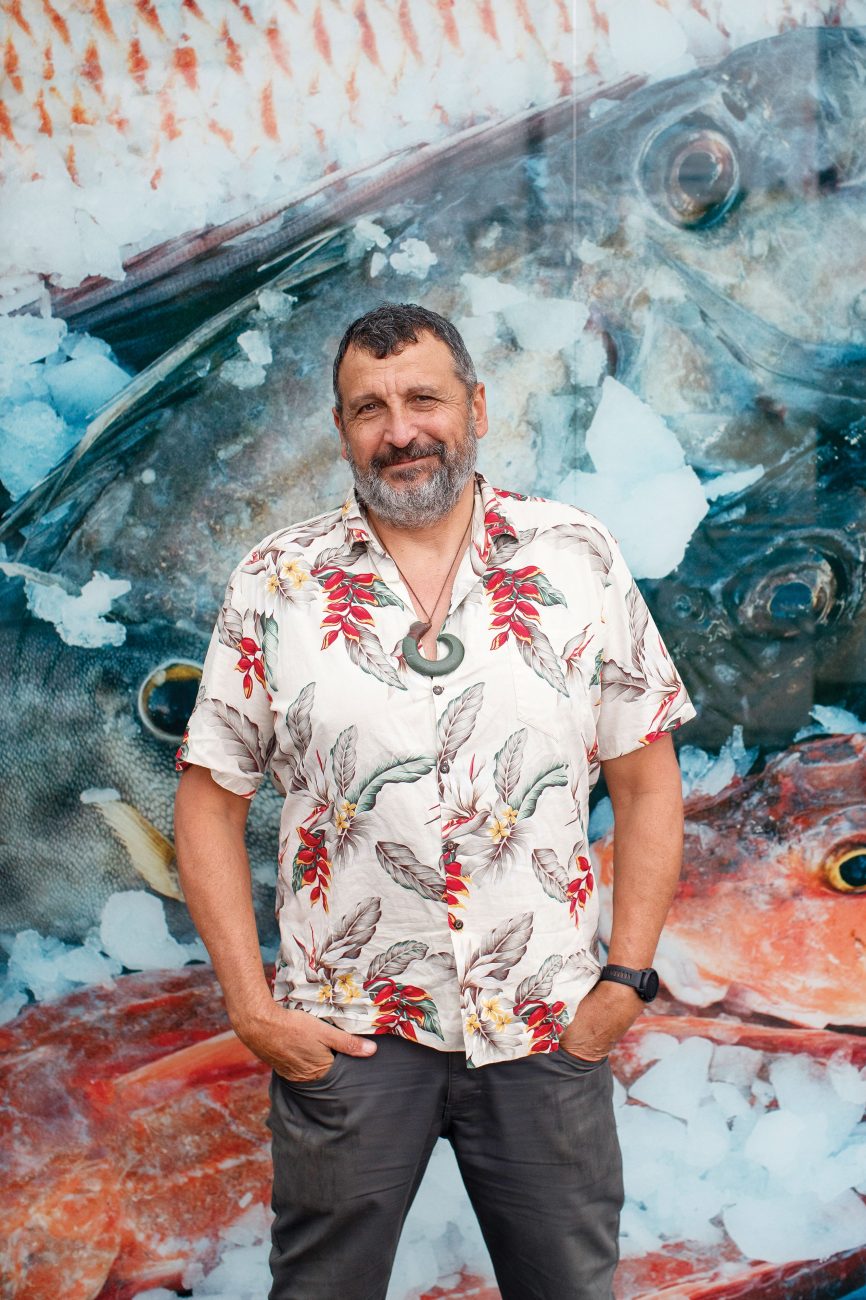 Francisco Blaha joined the Argentinian navy when he was 12 years old. At that time, in the late 1970s, during the country’s military dictatorship, joining the armed forces as a cadet was a way for children from remote areas to get a high-school education.

The recruits were allowed one personal item. Most kids had a photograph of their parents, but Blaha’s cherished object was a second-hand copy of a 1976 National Geographic magazine. It had an article about the Hōkūle’a, the Polynesian double-hulled voyaging canoe that sailed from Hawai’i to Tahiti using only traditional navigation techniques.

He would need it. In April 1982, Argentina invaded the Falkland Islands, sparking a ten-week war with the United Kingdom. On May 2, a British nuclear-powered submarine sank the Argentinian warship General Belgrano, killing 323 people, including many of Blaha’s colleagues.

Blaha, still a teenager, was mobilised into the search and rescue unit—a gruesome experience. “It wasn’t good for a 16-year-old guy to be doing that,” he says.

Still, Blaha’s navy school grades got him into university. To pay for his studies—in biology and fisheries—he went fishing in the South Atlantic. After completing a master’s degree, he worked as a fisheries observer, then as a senior technician for Argentina’s National Institute of Fisheries, though he was put on a cleaner’s contract “because my family had no connections”, and there were no opportunities for advancement.

Utterly disillusioned with his country, he decided to go to the place that had always represented escape for him: the Pacific.

In 1991, aged 25 and with just US$300 to his name, he talked his way onto a Tahiti-bound German yacht as a crew member, then spent several years working as a tuna fisherman in the Cook Islands, Fiji, Samoa and Tonga. When the fishing boat he was working on was damaged in a fire, he helped bring it to Auckland for repairs.

Back then, Blaha had long, salt-stained dreadlocks, and when he spotted two guys downtown with hairstyles like his, he followed them to a reggae party featuring New Zealand band The Twelve Tribes of Israel Soundsystem. It blew his mind, and he decided to stay in the country. Within three weeks, he had a fishing job at Sanford, and a slot as a dub-and-Latin DJ on Auckland radio station bFM.

Thirty years on, Blaha is still here, living on Auckland’s Waiheke Island, and working as a fisheries consultant for Pacific Island nations—which have made huge progress in improving fisheries management, he says. But if he had a magic wand, there are a couple of things he would fix. Some governments, including China, Taiwan, Korea, Russia and the United States, pay fisheries subsidies, usually in the form of cheap fuel, which distorts the industry. (A 2018 study found that without government subsidies, as much as 54 per cent of high-seas fishing grounds would be unprofitable.)

“Subsidies are the biggest cancer we have in fisheries,” he says. Fishing in distant waters gives nations a geopolitical stake in those regions, hence the reluctance to give them up. “If you have presence, then you have rights.”

That means those nations are still developing institutional capacity—and that they don’t necessarily take kindly to being told what to do by people from wealthy countries. Blaha reckons that as a South American from a working-class background, he’s seen by Pacific Islanders as a trustworthy intermediary—not quite brown, but not quite white, either. “Seventy-one per cent of the world lives on less than US$10 a day—that was me before I came to New Zealand. If you have access to $100, you’re in the top eight per cent of the world. And we’re the ones who set the rules on what is morality, what is fair play, what is sustainability, what is good management. I have not lost sight of that.”

For the Pacific, he says, tuna fishing is a matter of survival. “So, of course, they want tuna to stay fishable and healthy for a long time.”

Though he’s still a keen spearfisher, it’s been a while since Blaha last went tuna fishing. But the animal looms large in his life’s story. “Everything I am today I owe to tuna,” he says. “Tuna saved my life. It gave me a second shot.” Tuna fishing in the Pacific—and the opportunities it led to—helped him put the traumatic events of his teens behind him. The transformation was complete when, in December 2016, the United Nations General Assembly designated May 2, the anniversary of the General Belgrano sinking and an occasion that had always been difficult for Blaha, as World Tuna Day.

Now, Blaha is focused on using his hard-won expertise to improve fisheries monitoring, control, and surveillance. There are plenty of problems, but successes as well—and he reckons we have much to learn from those successes. Doom might sell, says Blaha, but it doesn’t help. He’s fond of a quote by the left-wing scholar Noam Chomsky: “We have two choices: to abandon hope and ensure that the worst will happen; or to make use of the opportunities that exist and contribute to a better world.” The latter is the path Blaha has chosen. “It is not a very difficult choice.”