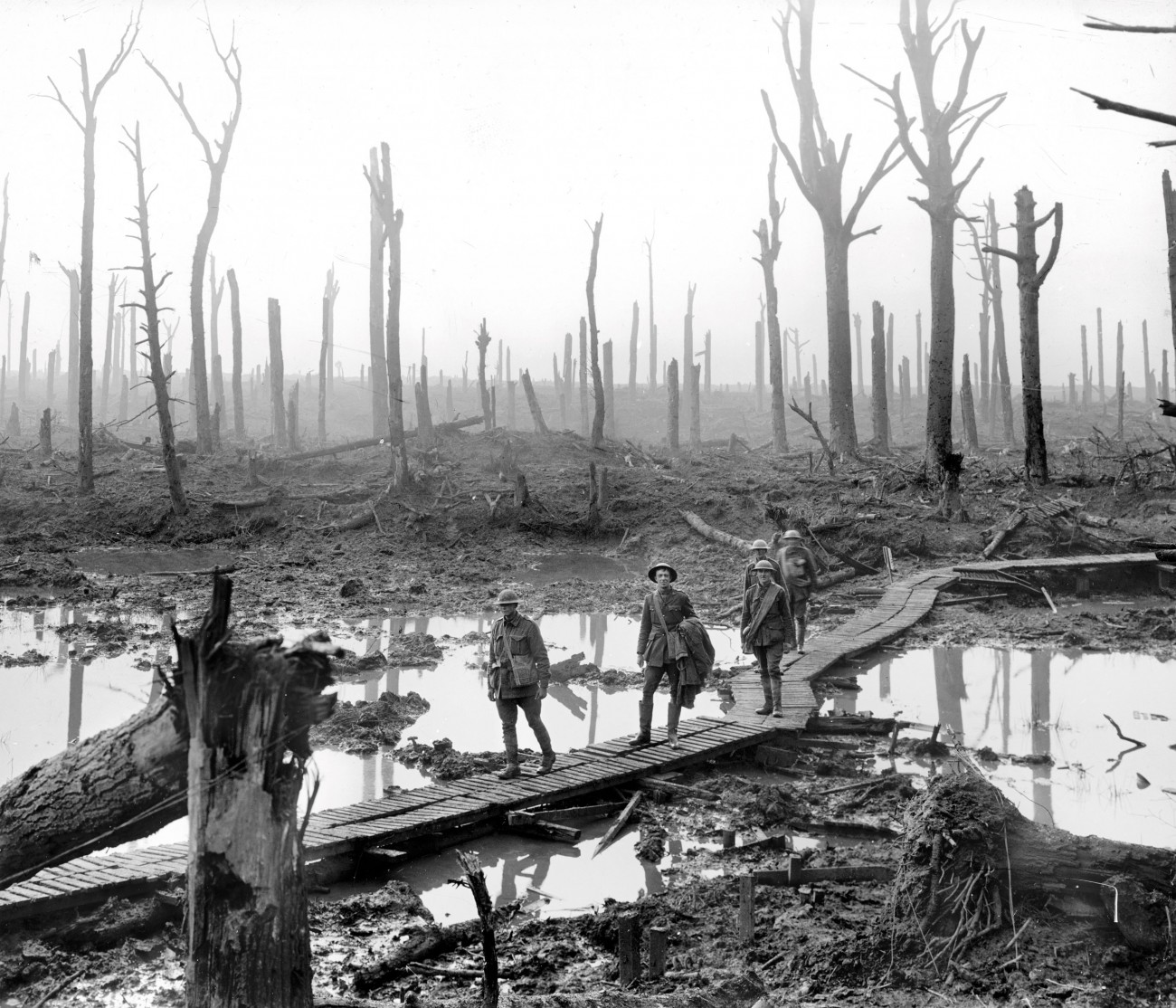 We remember our war dead on Anzac Day, April 25, the anniversary of the landings at Gallipoli in World War I. But our heaviest losses in that war occurred on the Western Front.

Our worst day was October 12, 1917, the First Battle of Passchendaele. New Zealand lost 1000 soldiers in two hours because the high command ignored the effect of heavy rain on the battlefield.

The Ypres Salient, in Belgium, where the campaign took place, was low lying. Prior to the war the water table was just 35 centi­metres below the surface. The weather that year had been poor, and the period from July onwards was the wettest for 75 years. Millions of artillery shells fired over the previous three years had obliterated the canals and small creeks that drained the area, turning the ground into a quagmire. Some shell holes were so deep, and the mud so viscous, that men drowned in them when seeking shelter.

Eight days before Passchendaele, the New Zealand Division took part in the Battle of Broodseinde. By this stage of the war, the British had evolved artillery tactics that delivered some success. The attacking soldiers walked forward 50 yards behind a creeping artillery barrage, giving the German soldiers little time to recover from the shelling before our troops were on top of them. Heavy artillery shells cut the barbed wire while those German pillboxes and artillery batteries that had been observed before the battle were specifically targeted.

Intoxicated with such success, Field Marshal Douglas Haig, the general in overall command, was keen to push on as soon as possible. He was suffering from the delusion that the Germans were exhausted and a great breakthrough was imminent, through which his cavalry divisions would pour to end the war with one blow.

Before the attack could be renewed, the artillery had to be moved forward over the captured ground. But the rain continued, making the ground all but impassable.

The mud was too deep to move the heavy guns up and many of the lighter guns bogged down. Shells for the guns were taken up by pack animal. One donkey, carrying two 18-pound shells, slipped off the wooden duck-boards and sank without trace into a flooded shell hole. Only a fraction of the necessary ammunition reached the guns. The mud and lack of time also prevented solid platforms being built for the guns that were in place.

Soldiers moving up during the night took four hours to struggle a mile through the mud, which was waist deep in places. Some never reached their start lines on time.

When the artillery barrage began, it was so feeble that some soldiers could not distinguish it from the sporadic German shelling. Worse, when some of the British guns fired, the recoil shifted their alignments so that their next shells fell short and onto New Zealand troops.

The lack of heavy artillery left the 50-yard barbed-wire entangle­ments uncut and the Germans’ concrete pill­boxes undamaged. When the New Zealand soldiers went over the top, they were slaughtered. Some companies suffered 85 per cent casualties and none of their objectives were reached. Stretcher-bearers struggling through the mire took hours to get wounded men to aid stations, sliding stretchers across the surface of the mud in places, while they struggled not to sink and drown.

Writing in Massacre at Passchendaele, New Zealand military historian Glyn Harper believes the attack should never have been launched, blaming Haig and the generals below him for not listening to the junior officers who had warned of the terrible condi­tions beforehand. Other historians also blame British Prime Minister David Lloyd George and the War Cabinet, who had allowed the Ypres campaign to proceed on the under­standing that they would intervene to stop the fighting if it threatened to turn into a deadly debacle like the Battle of the Somme the previous year. They failed to do so.

Ironically, not far behind the frontline was the field of Agincourt, where heavy rain had given England one of its greatest military victories just over 500 years earlier. A large French Army confronted Henry V on October 25, 1415. Most of Henry’s soldiers were archers. The French had six times as many men-at-arms and were confident of victory. However, they were badly led.

Their king, suffering temporary insanity, was absent. The French nobles, riven by bitter rivalries, all wanted to be in the front rank to capture the English king.

The field sloped uphill from the French positions and had been recently ploughed. Heavy rain overnight made footing treach­erous—something the French leaders seemed to discount but Henry was aware of as his scouts had walked the field in the night.

After a three-hour standoff, Henry took the initiative and advanced to within bowshot. On firm ground the French cavalry could have closed the gap in 20 seconds, making such an advance by lightly armed archers suicidal. But when they did charge, the cavalry was slowed by the mud.

Their generation had not experienced massed English archery until that day. Shooting an arrow every five seconds, Henry’s 7000 archers could fire more than 80,000 arrows in a minute. The French cavalry was decimated. Those French soldiers protected by heavy plate armour sank knee-deep in mud churned up by the horses. Those who stumbled were trampled by those behind. A generation of French nobility died and Henry had one hand on the French crown.

The weather and decisions made without considering its importance largely determined the outcome at Agincourt, half a millennium later at Passchendaele, then again, mercifully, on the beaches of Normandy.

If any good came out of the bloodshed at Passchendaele, it was that the young officers who went on to become leaders in the Second World War had a stronger appreciation of the weather’s importance. The invasion of France, for example, scheduled for June 5, 1944, was put on hold for 24 hours because of a forecast of gales and rain. The forecast was correct, and catastrophe was averted.