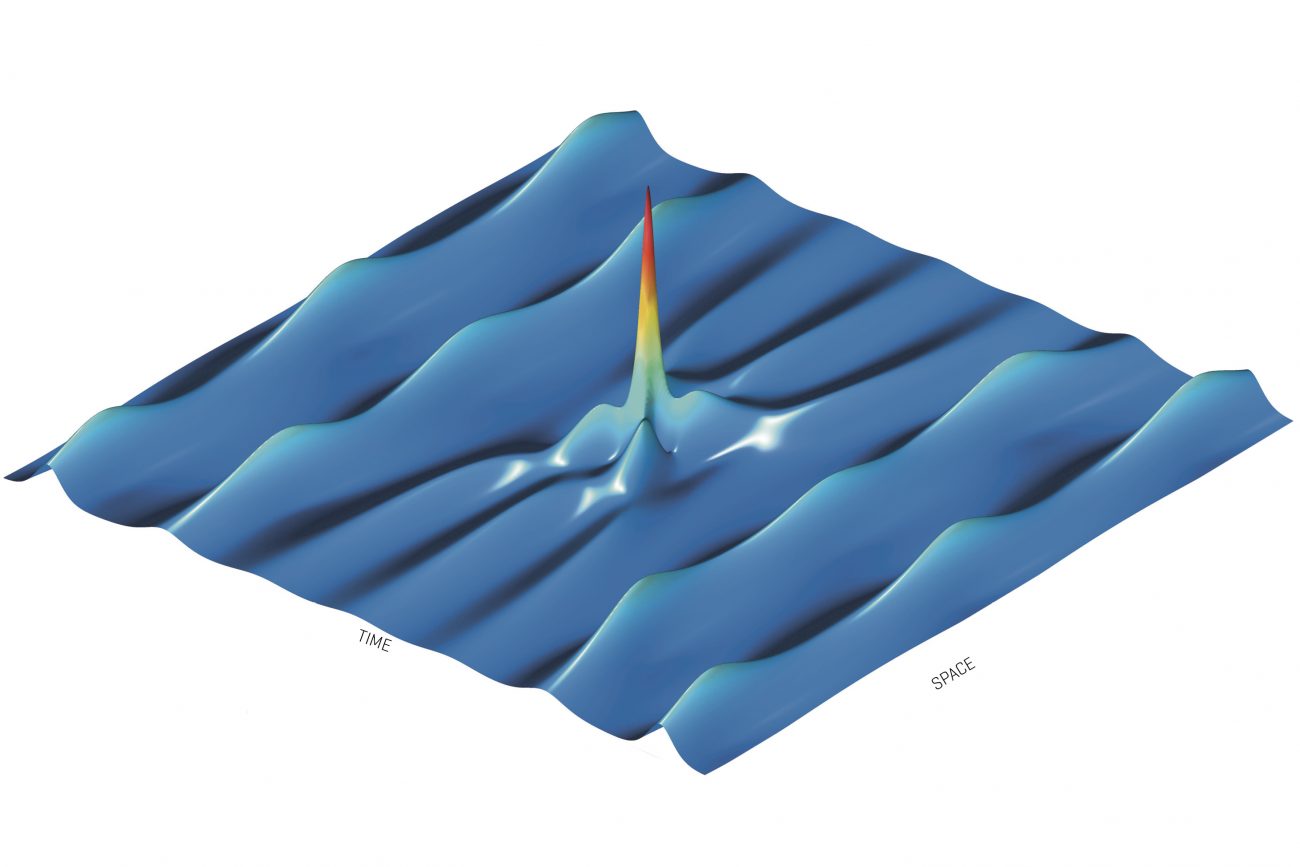 Rogue waves, giant waves that seem to come out of nowhere, were once thought to be the tall stories of seafarers. But on New Year’s Day 1995, a freak wave 25.6 metres from trough to crest named the ‘Draupner Wave’ hit a natural gas platform in the North Sea off the coast of Norway, becoming the first rogue wave to be measured by a scientific instrument, and consequently proving their existence. In New Zealand, the tragic 2012 capsizing of the boat Easy Rider off Stewart Island with the loss of eight lives was thought to have been caused by a rogue wave.

Now, scientists from the University of Auckland are using lasers to simulate these waves and study which factors lead to their formation. The pulses of a laser inside a fibre-optic cable can behave like ocean waves, with two pulses intersecting to create one massive pulse, an ‘optical rogue wave’.

The research has natural applications for forecasting and ship-building, and an understanding of the optical effects of rogue waves can also be useful in telecommunications.