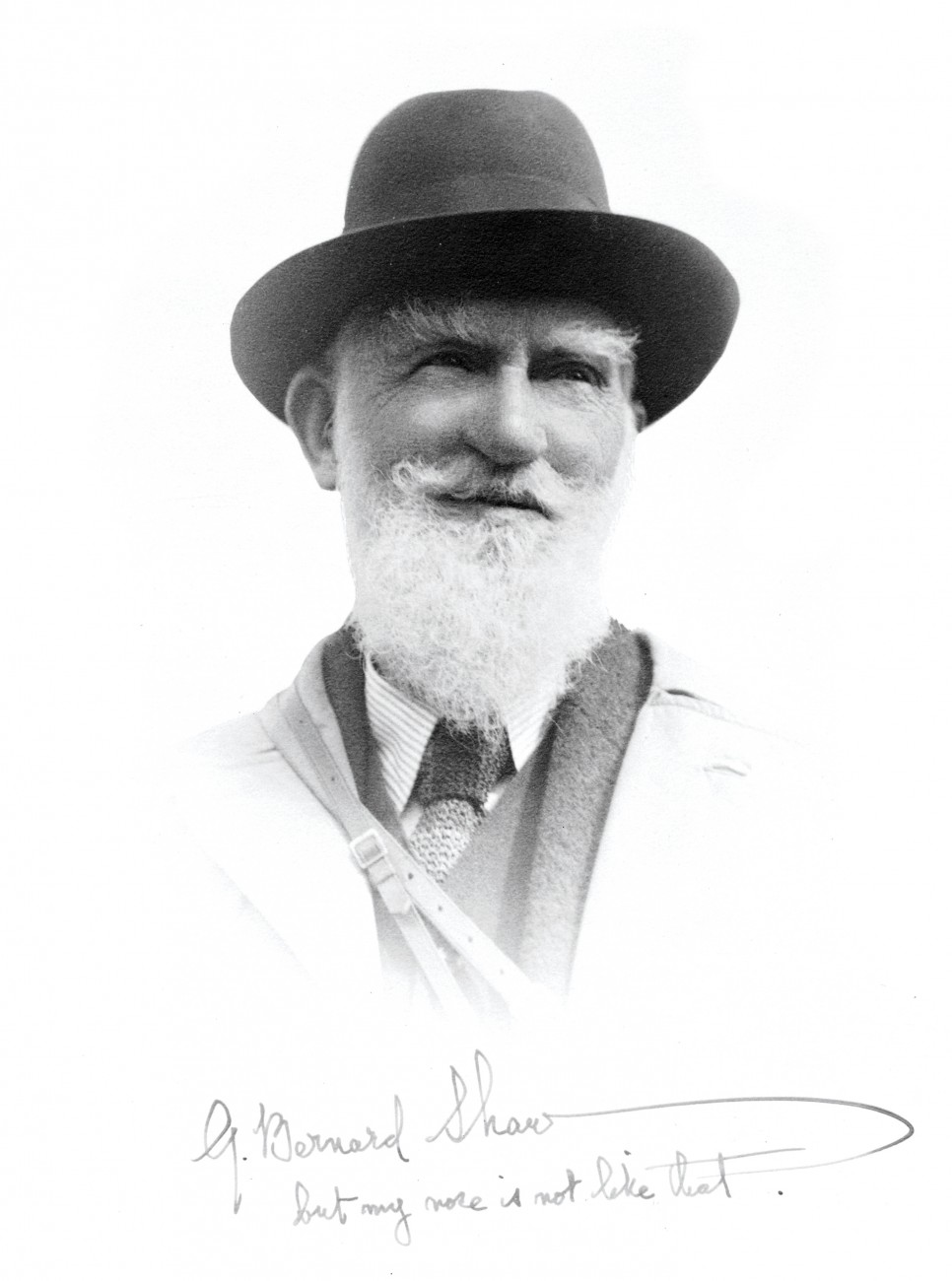 It is hard to imagine any visitor today holding the attention of the country for four weeks, with every comment quoted and debated in the media and, within days of leaving, having a reference booklet of public utterances published.

However, in 1934, when the Irish playwright George Bernard Shaw arrived on board the liner RMS Rangitane, New Zealand was shaking off the effects of the Great Depres­sion and there was interest in any informed views on overseas markets. Moreover, the country keenly felt its remoteness from the global centres of economic and cultural life, and for many immigrants, England was still ‘home’.

The 77-year-old Shaw—who travelled to the antipodes at the insistence of his wife, Char­lotte—had been making a disorderly descent from his masterpiece, the play Saint Joan, for 10 years. Yet his achievement in creating a “theatre of ideas” laced with comedy—a drama where dearly held beliefs were set colliding on stage—ensured that he continued to dwarf his contemporaries.

More magnetic than his artistic standing, though, was his sparkling wit and a readiness to speak his mind on any subject. Shaw’s reputation denied him the possibility of a quiet motoring holiday. Instead, from the moment he and Charlotte walked down the gangway to the enthusiastic cheering of watersiders, a sort of Royal progress began. They drank tea with the Prime Minister, lunched with the Governor-General and toured the sights—the names for many of Rotorua attractions, including “Hell’s Gate”, are his.

“I seem to be the most popular stranger to visit the Southern Hemisphere,” he remarked.

Shaw, who had entered his “strong-leader” phase, everywhere courted controversy. He had read Hitler’s Mein Kampf on the voyage, as well as biographies of Napoleon and Edward Gibbon Wakefield, and he lectured New Zealanders on the failure of democracy, loudly praising the Italian dictator Mussolini as “the first parliament slayer”. Yet he could be prescient.

“You can overthrow a government in a day,” he told the Evening Post. “The changing of an economic system is a longer job.”

Shaw suggested distributing free milk—a proposal that was taken up the following year, when the first Labour government decreed that every school child would get half a pint of pasteurised milk a day. He also recommended the development of a New Zealand film industry, “or you will lose your souls without even getting American ones”, and advised against relying for trade protection on the special relationship with Britain.

From the Moscow News, a copy of which was pressed unexpectedly on Shaw by a bystander the day he arrived, to the official bouquets of flowers belatedly pushed through portholes after the ship had cast off, he was inundated with gifts.

Shaw had given generously in return. By turns provocative, cajoling and amusing he had, for a time, goaded New Zealanders to think.