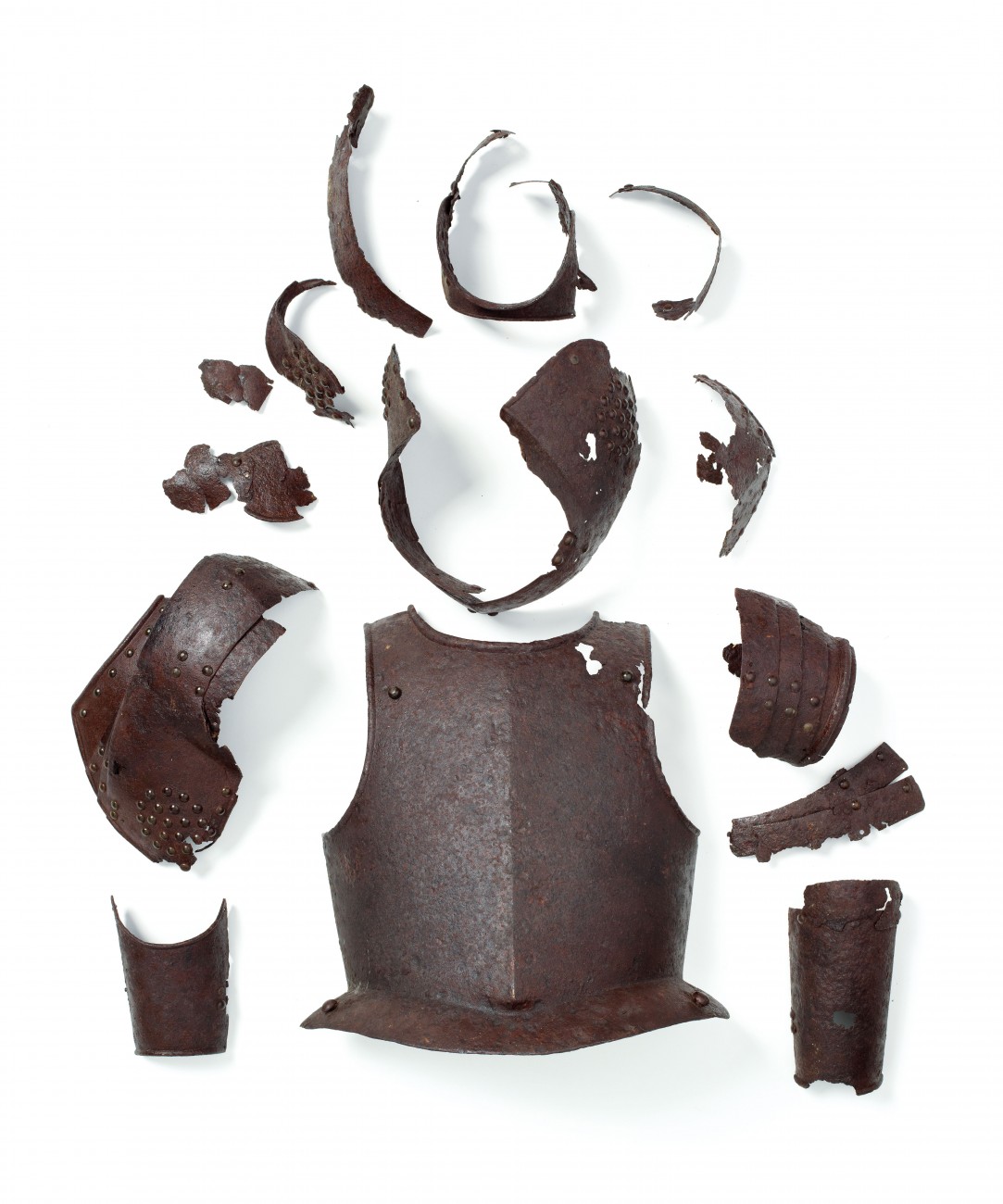 Captain F.W.R. Saoler was at the helm when H.M.S. Buffalo arrived in the Bay of Islands in June 1834 to collect kauri spars while en route to England. After striking up a friendship with Ngapuhi chief Titore and Ngapuhi leader and trader Patuone, Sadler returned to England with a loaded ship.

Two pounamu mere (greenstone clubs) and two mats accompanied the spars, gifts from Titore and Patuone for King William IV. The pair gifted the objects in the customary act of tuku, or gift exchange, in the expecta­tion of a formal return.

“The ship is full, and is now about to sail,” Titore recorded in an accompanying letter to the King. “I have put on board the Buffalo a mere pounamu and two garments: these are all the things which New-Zealanders possess. If I had anything better, I would give it to Captain Sadler for you.

“This is all mine to you—mine, Titore, to William, King of England.”

King William reciprocated the generosity with two complete sets of armour, or panoplies. The first, a gleaming set of ‘bright’ armour, arrived for Titore in 1835. (Patuone would wait another two years for his suit of armour.)

Titore’s polished armour was built to Sadler’s description of the chief (“rather slender for his height, with muscular limbs”) and was enclosed with a suit of clothing to be worn underneath, gauntlet gloves and a pair of boots.

A letter from Lord Aberdeen accompanied the suit, thanking Titore for his correspond­ence. “King William will not forget this proof of your Friendship and he trusts that such mutual good offices will continue to be interchanged between His Majesty’s Subjects and the Chiefs and People of New Zealand as may cement the Friendship already so happily existing between the two countries, and advance the commercial interests and wealth of both.”

The Transactions of the New Zealand Institute in 1909 records the account of Wiremu Hipango from Waitotara who, with Hori Pukehika, in 1892 searched for and found the armour of Titore—apart from the helmet, now lost. Hipango records that Titore had been told that the armour was bullet-proof, and upon receiving the gift, promptly put it to the test. He told his son to load a musket and aim it at his helmet.

“The son took his gun and made steady aim, but he was shaking so he told his father to take the armour off. So it was placed on a stump, and he took fire. The bullet ran through,” says Hipango.

Titore quickly lost interest in the present, yet, despite the limits of its utility on the battlefield, the armour was still the gift of a king, and carried with it considerable mana. Titore judged that it would do nicely as a gift to a king also, and gifted the panoply to Potatau Te Wherowhero, the first Maori king, to establish goodwill.

The armour was re-discovered in Pukehika pa, Whanganui, and gifted in 1908 to Te Papa, where it remains today, an artefact again of the Crown.