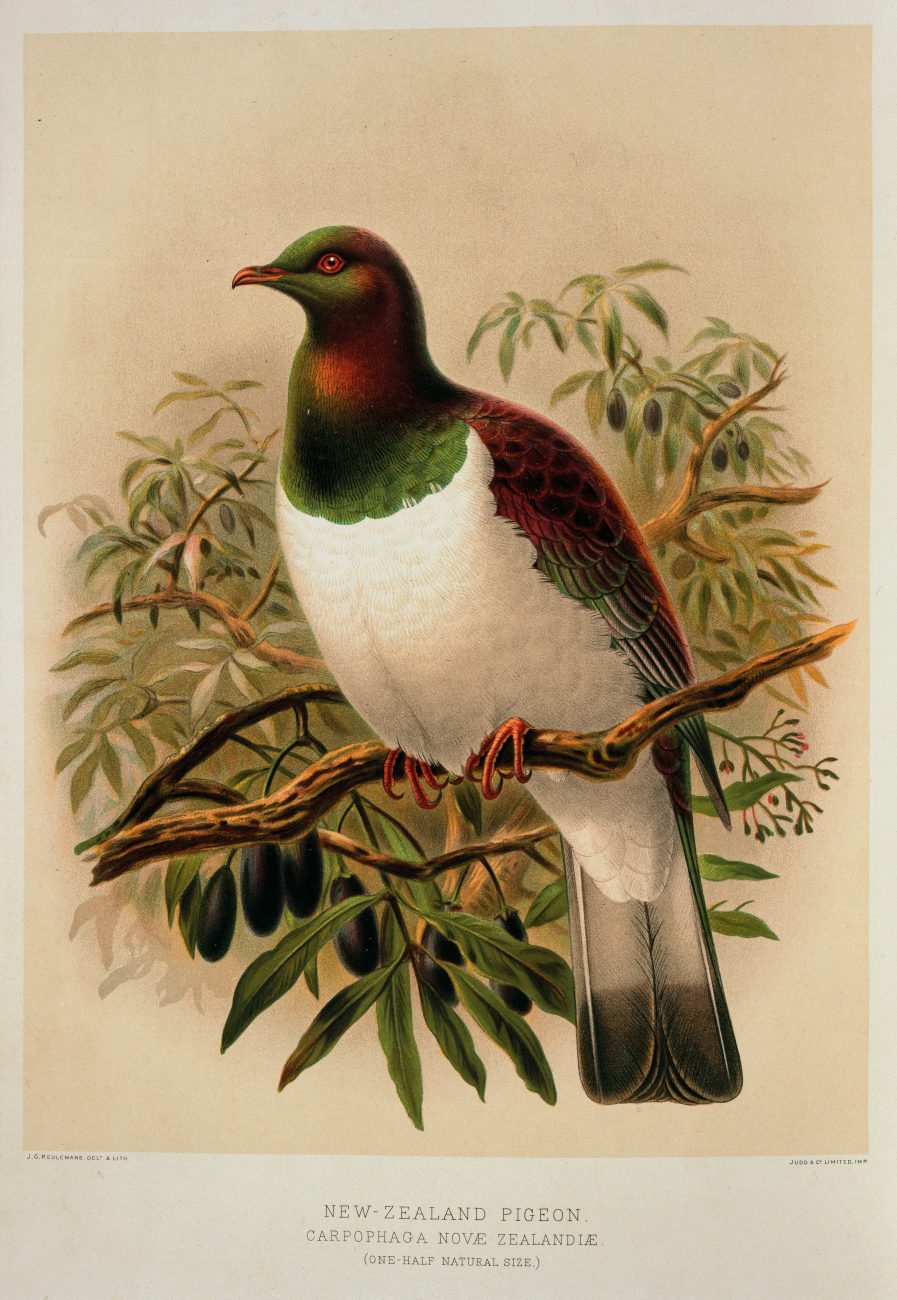 On April 4, 1873, Part I of a publication that was to help forge New Zealand’s visual identity and cement the reputation of its author came off the press in London. It was the monumental A History of the Birds of New Zealand, by Hokianga-born ornitholo­gist and magistrate Walter Buller.

Buller had begun collecting bird specimens while still at school—his unpractised mother skinning the four kokako that started his collection. Later, as he courted scientific recognition by turning out journal articles on New Zealand’s fauna, an ambition grew to write an authoritative illustrated book on the country’s birds. Buller got his chance in 1870 when, with the support of Premier Sir William Fox, he was granted 18 months’ leave on half pay in London—boosted by a lucrative position as secretary to the Agent-General for New Zealand—to produce the book.

It was then the heyday of illustrated works of ornithology and London was the epicentre of their production. Dutch artist Johannes Keulemans had set up there a year earlier and Buller gave him one of his first major commissions. Keulemans, who never set foot in New Zealand, worked mostly from mounted specimens or museum study skins, sending sketches to Buller for approval before preparing the paintings for litho­graphic reproduction. The plates were then hand-finished by colourists, Buller fastidiously examining each one for faults as it was completed.

The final instalment appeared in March 1873, the book’s comprehensive text and accurate illustra­tions drawing praise from Charles Darwin and moving the Daily Telegraph to call its author “the Audubon of New Zealand”.

In 1888, Buller published a much enlarged, two-volume definitive edition, which Keulemans again illustrated, this time with more New Zealand plants and scenery. For the new work he used chromo­lithography—a recent technique that required each colour in a finished plate to be applied using a separate, specially prepared lithographic stone. The edition was an artistic and technical triumph, the Times judging its illustrations “absolutely perfect”.

But though Buller had a lifelong interest in New Zealand’s native birds, he was no conservationist. He saw no irony, shortly after the first edition was published, in offering to put a friend in touch with an overseas dealer keen to buy the skins of kereru, in lots of a thousand, to satisfy the “great rage at present for feathers for ladies’ costumes”. Nor did he hesitate to remark in Birds of New Zealand that the kereru was “esteemed most by epicures when feeding on the mast of the miro, which imparts a peculiar richness to the flesh”.

Buller’s view was that the country’s native birds, like its indigenous people, were destined to die out in the face of the stronger newcomers. He was for many years resigned to the inevitability of extinction, dismissing as “hopeless” plans to save species by creating island reserves.

Today, his specimen collections are throwing new light on what caused birds such as the bush wren to die out. One finding: the later collections contained fewer adolescent birds, suggesting it was predation of the young that led to species collapse.

Yet Buller’s real legacy is Birds of New Zealand, with its much reproduced images— the finest such work to be produced in a British colony and a pattern book of national identity.