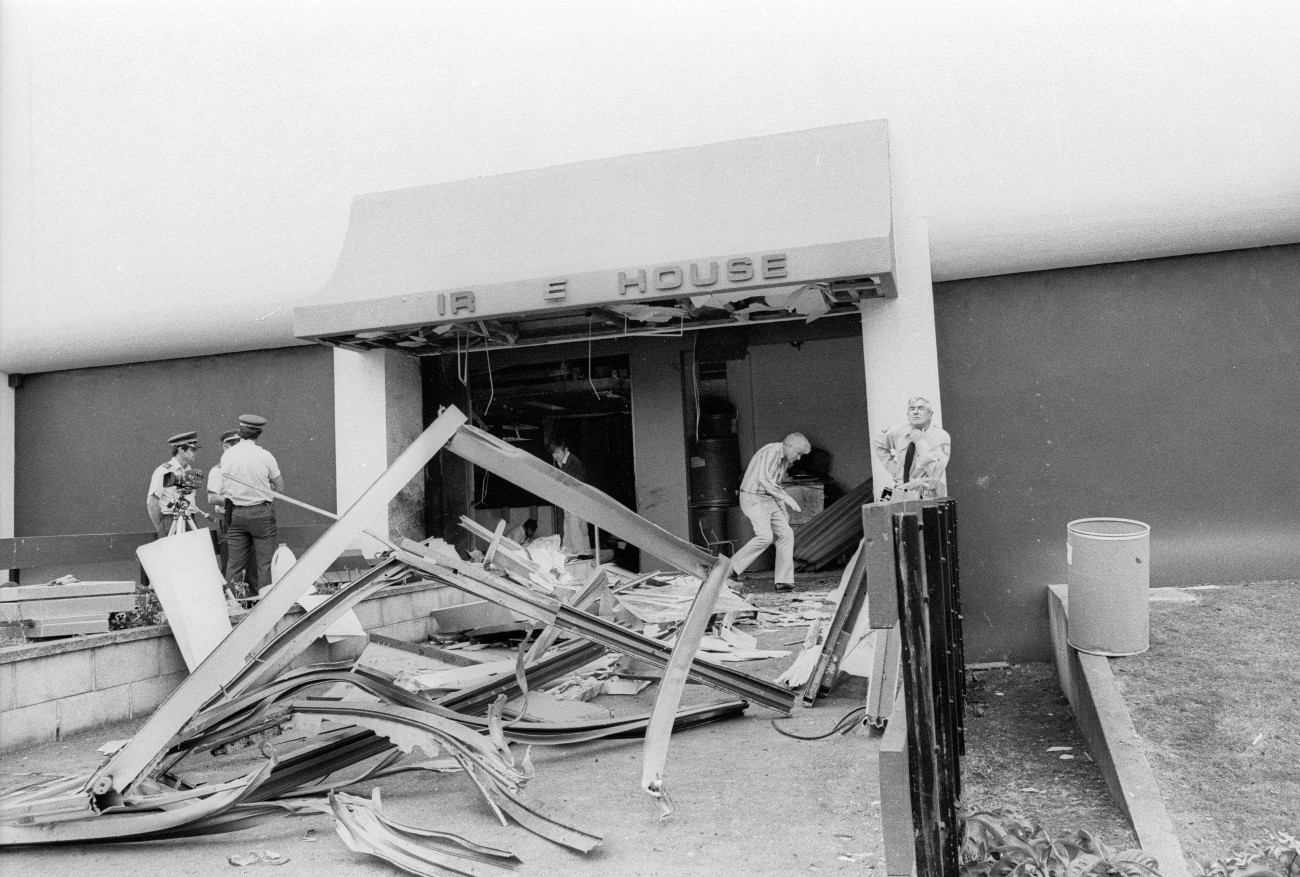 Carrying a red hold-all, 22-year-old Neil Roberts strode through the darkness towards the doors of Wairere House in Wanganui—home of the ‘Wanganui Computer’. It was some 25 minutes past midnight on November 18, 1982. Moments earlier, he had spray-painted words from an old revolutionary proclamation on a nearby toilet wall: “We have maintained a silence closely resembling stupidity.”

Security guards in the building’s foyer saw Roberts approach and bend down. As one of them made to ask through the intercom what he wanted, there was a flash and a deafening explosion. The force of the blast shattered the bulletproof glass doors, knocking the guards to the ground. It was so powerful that it rocked buildings 400 metres away.

Roberts had detonated what investigators believed was up to two kilograms of gelignite, using a battery pack he bought at a local service station. No staff in the building were hurt, and the computer system was undamaged, but the bomber himself had been torn apart by the explosion. The grisly remains of his chest bore a recent tattoo: “This punk won’t see 23, no future.”

It was a shocking act of protest against what many New Zealanders had come to see as a symbol of the state’s overweening desire for control. The Wanganui Computer—more correctly the National Law Enforcement System—was the country’s first centralised electronic database, and to some people it was an unsettling glimpse into the Orwellian power that digital technology handed to governments. From the moment it went live in 1976, the computer recorded personal information on all New Zealanders, including every driver’s licence, firearms licence, vehicle registration and traffic and criminal conviction—all accessible at the tap of a keyboard from computer terminals at police stations, law courts and Ministry of Transport offices around the country.

Hailed by the then-Minister of Police, Allan McCready, as “probably the most significant crime-fighting weapon ever brought to bear against lawlessness in this country”, the Wanganui Computer operated around the clock and at its peak employed 150 people. It was decommissioned in 2005.

By the time Roberts decided to act, the country was in social foment, polarised by the divisive policies of the Prime Minister, Robert Muldoon, which culminated in the Springbok rugby tour of 1981. Roberts had taken part in demonstrations against the tour and against what he considered to be the government’s increasingly authoritarian behaviour. However, police determined that in bombing Wairere House, he had acted alone.

The ground-breaking National Law Enforcement System had its own legislation—the Wanganui Computer Centre Act (1976), which was an attempt to ease concerns about the aggregation of personal information. Eventually this was replaced by the Privacy Act (1993).

These days, the keeping of publicly available records on a centralised database is more or less taken for granted, but the prickly issue of privacy won’t go away. Calls for the Privacy Act to be updated to reflect the reality of the digital age are growing amid revelations of large-scale clandestine snooping by the so-called “Five Eyes” alliance. This alliance originated in an intelligence-sharing arrangement between Britain, Australia, New Zealand, Canada and the United States in the Second World War. Leaked secret documents show that, in an ominous echo of George Orwell’s 1984, it has evolved into a programme for the mass surveillance of citizens.