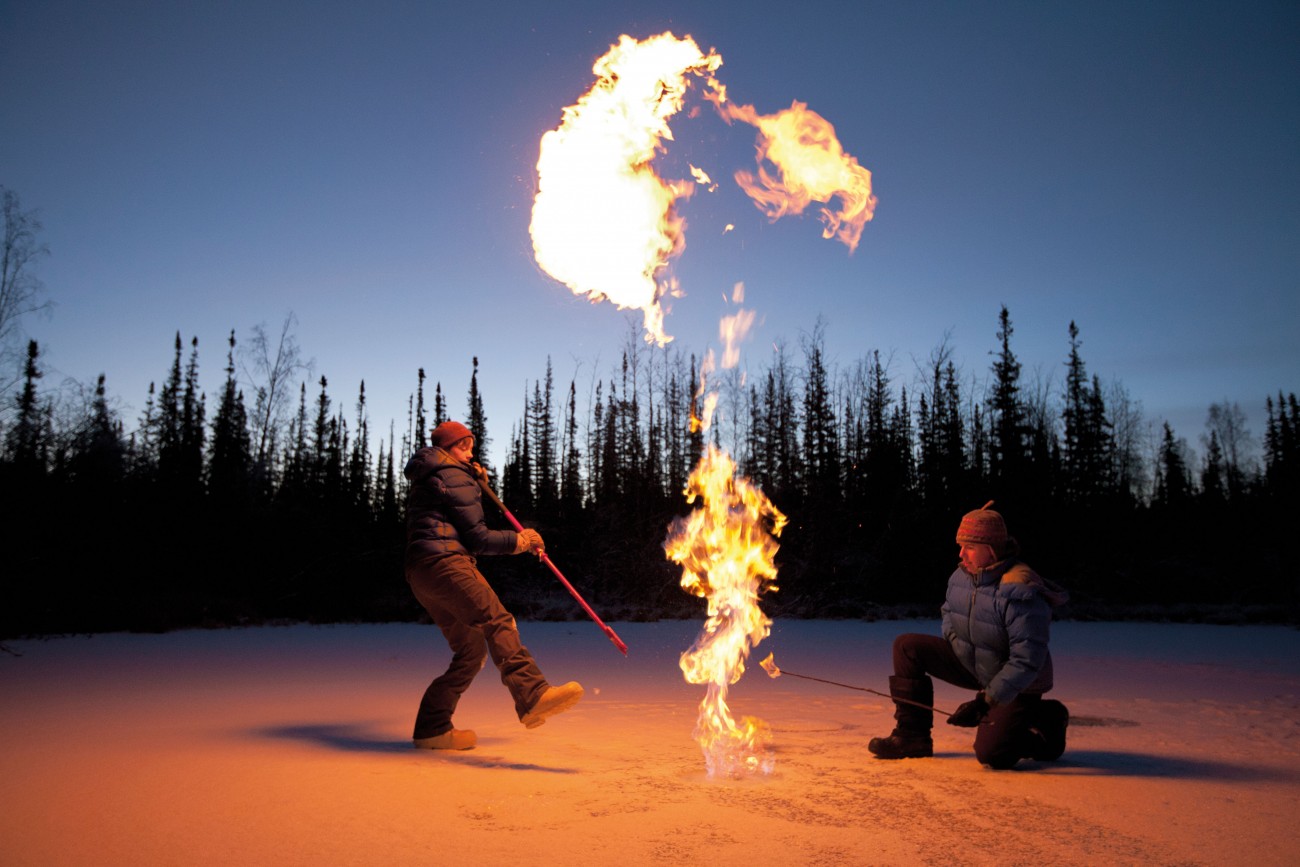 The discovery of the fridge had a major impact on human cultural evolution. Some 35,000 years ago, our ancestors spread northwards over the steppe-tundra of Eurasia. They were likely attracted by herds of reindeer but would also have been able to scavenge frozen carcasses encountered on the permafrost, writes anthropologist Clive Finlayson in his book The Humans Who Went Extinct: Why Neanderthals Died out and We Survived.

Archaeological discoveries in the area show that this was the first time humans began to live in settlements of one to two hundred individuals rather than the smaller groups of 20 to 30 that characterise hunter-gatherer lifestyles. The breakthrough was made by digging shallow pits into the frozen soil to preserve food surpluses—the first fridge.

The permafrost also provided a convenient and widespread source of drinking water.

The increase in the number of people in the settlement would have also increased the ability of the group to successfully hunt herd animals on the treeless tundra, and contrib­uted to the development of human culture, art and language.

As the climate became colder and drier towards the maximum of the last Ice Age around 20,000 years ago, Central Asia became a desert, while grasslands expanded westwards as forest over northern Europe died out. Some of the people appear to have migrated east, while others moved westwards and became the ancestors of Europeans.

Now the Arctic is warming faster than anywhere else on the planet. The perma­frost is melting and the fridge is defrosting. Mammoths buried for 20,000 years are falling out of riverbanks and thawing. The land is slumping in many places, causing pipelines and railway lines to buckle and twist, while roads and airport runways are breaking up. Cracks are appearing in buildings, some of which have collapsed as their foundations sank. Trees are leaning over, forming so-called ‘drunken forests’, and thousands of new lakes and ponds are appearing.

Even more worrying, on a global scale, large amounts of the greenhouse gases carbon dioxide and methane are being released into the atmosphere as the ground warms and vegetation frozen for millennia begins to decay. When ice forms on the surface of the lakes in autumn and winter, methane bubbling up from the lakebed is trapped below it. This has led to the bizarre spectacle of flames shooting up from the ice when people have drilled holes through it and set fire to the escaping methane.

One of the newest phenomena is the appearance of several craters on Siberia’s Yamal Peninsula, which extends into the Arctic Sea. Rather than being caused by something falling from the sky, they seem to have been caused by the violent ejection of gas from below. The craters are about 50 metres across, surrounded by a low ridge of ejected
earth, and have vertical sides through the permafrost. Russian scientists found one to be around 70 metres deep and the air inside was 9.6 per cent methane—50,000 times the normal level in the atmosphere. The last two summers in the Yamal Peninsula had temperatures five degrees above average, and this may have triggered the gas ejection.

Permafrost is not only on land. At the peak of the last Ice Age, the sea was about 120 metres below today’s level. As the world warmed, the sea rose rapidly and covered large areas of permafrost. This protected the permafrost from winter frosts and warmed it to near zero, the temperature of the water at the bottom of the sea. Some of the methane trapped in the permafrost is in the form of methane clathrates—crystals of ice with methane inside. They are stable at high pressure and low temperature. But if the temperature rises or the pressure falls, the methane is released.

A new study of sub-sea Arctic methane was published in Nature Geoscience last November by the Russian scientist Natalia Shakhova and colleagues. They drilled a core into the seabed and found the temperature of the permafrost was warm enough for methane to be released, and that the temperature of seawater had risen by more than 0.5ºC over the previous 14 years (and by more than 1ºC in summertime). More concerning was that the methane in solution in the ocean was 1000 times that in the atmosphere, and constantly replenished from the seabed at a rate of between 100 and 630 milligrams per square metre per day.

Now that the Arctic sea-ice is much reduced in summer and storms are more frequent, the mixing and transfer of methane to the atmosphere is happening more frequently, creating a feedback loop where more warming results in less sea-ice, further accelerating the warming process.

Cores drilled into the terrestrial permafrost show it to be deeper than thought. Scientists now estimate the amount of carbon dioxide and methane in the permafrost is enough to triple the concentration of greenhouse gases currently in the atmosphere. How much will be released and how fast is uncertain, but it is already contributing to global warming and is increasing.