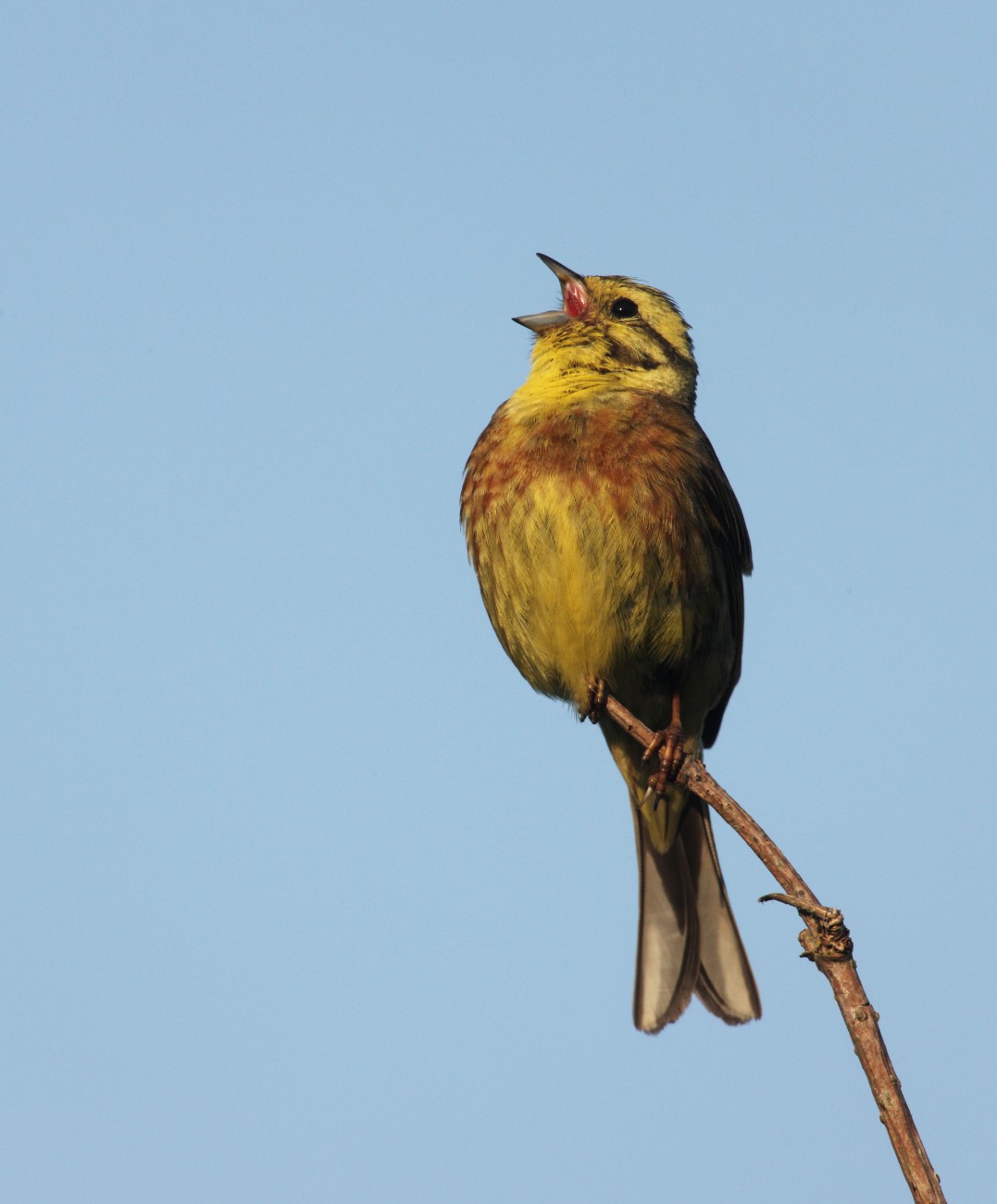 The yellowhammer (Emberiza citrinella) has many dialects, usually determined by two or three unique syllables at the end of the song of a population of birds.

The birds, which are native to the British Isles and Europe, were shipped to New Zealand 140 years ago to control insect pests, but became pests themselves. Historical records suggest the shipments came direct from Britain, but Pavel Pipek from Charles University in Prague was puzzled to discover that some of New Zealand’s yellowhammers sing with dialects that are found in Europe, not in the United Kingdom.

With little chance of mistaken shipment records, and no migration, it is likely New Zealand yellowhammers are a ‘time capsule’ of a population of the species that once existed in Britain but have since died out.

The yellowhammer population in the United Kingdom has experienced a 60 per cent decline over the past 40
years, due to fewer safe nesting sites in hedges and less seed-rich, agricultural stubble—leading to the loss of birds and the variations in their song.