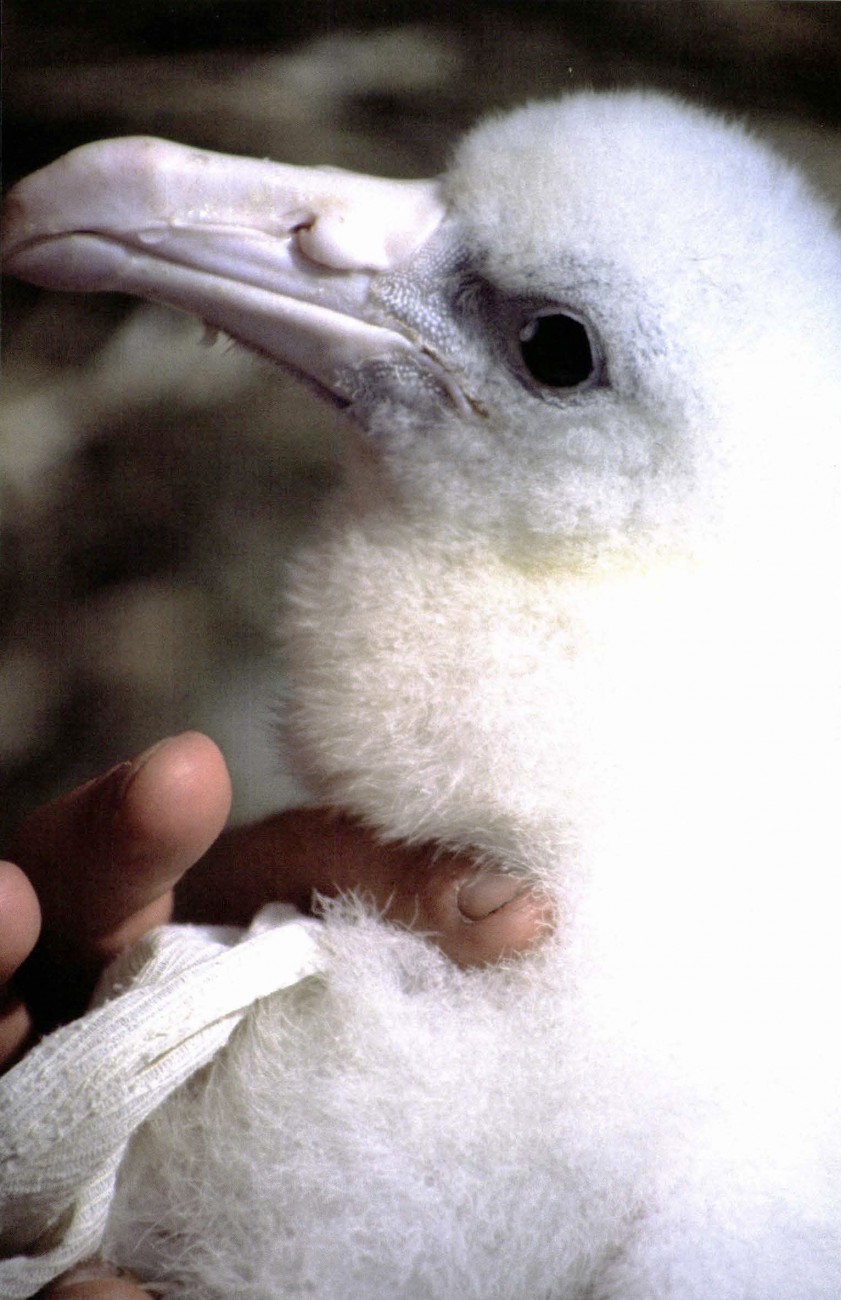 At the dawn of last century, a lone albatross took a breather from its endless circuit riding the winds of the Southern Ocean, pausing on the tiny peninsula of Taiaroa Head near Dunedin. Perhaps it was the similarity of the rugged cliffs and tussock-cloaked headland to its usual Chatham Islands nesting site,or it may have been the proximity of food arising from the deep ocean trench just a few kilometres east. The windiness of the site might also have appealed to a bird that spends 80 per cent of its life wheeling and soaring on the turbulent winds of the southern oceans. A few other albatross also decided that the neigh­bourhood had promise and moved in for breeding.

In 1920, a single albatross egg was laid for the first time in recorded history on Taiaroa Head, but it disap­peared almost as soon as it was noticed.

By 1936, Taiaroa Head had at­tracted a handful of royal albatross­es, but despite 16 years of trying, the enormous seabirds had failed to raise any offspring. People were largely to blame. Eggs were stoned or stolen, and in 1936, the first albatross chick to hatch was killed by a dog. For Dunedin schoolteach­er, Lance Richdale, enough was enough. He set up a vigil, camping next to one of two albatross nests over the summer of 1937. His efforts were rewarded, and in 1938, the very first chick fledged and made its wobbly way off the cliff top at Taiaroa Head and out towards the Southern Ocean.

The other nest of the summer of 1937 failed to produce a chick, but was no less significant. The female bird, estimated at around ten years old, turned out to be the colony’s most famous inhabitant (she later featured in a 1990 documentary narrated by Sir David Attenborough), and still holds the record for the world’s longest-lived seabird.

The then-young female, in the early stages of her breeding career was named “Grandma”, and went on to raise at least 15 chicks of her own, the last being a son “Button” in 1989. That same year, Grandma took off for the last time from Taiaroa Head, and never returned. She was at least 62 years old.

It seems fitting then that Button’s latest progeny is the five hundredth chick to hatch at Taiaroa Head. A grandchild to the ultimate “Grand­ma”, this chick has hatched within a few metres of where Button himself fledged eighteen years ago.

For the 500th chick, chances for survival are a huge improve­ment on the conditions the first chicks at Taiaroa Head faced. After camping at the nest to protect the chicks from human and animal predators, Richdale began to use management tools that still form the basis of albatross protection at the colony today. He initiated a preda­tor trapping programme, and put up a fence to keep out the humans. He then convinced the local harbour master to have the signalmen at the lighthouse become the first rangers, who had their duties increased to include watching over the handful of albatrosses. In 1953, in recogni­tion of the birds Richdale strove so hard to protect and study, Taiaroa Head was granted reserve status.

It seems Richdale’s gritty deter­mination was to become a char­acteristic of all the rangers who have watched over the birds in the following 70 years. With no instruc­tion manual, many of the manage­ment techniques arose through trial and error, but form the foundation for how the albatross colony is man­aged today.

In the 1950s, Stan Sharpe discov­ered that “dummy eggs” could be put under birds who had lost their egg (some inexperienced breed­ing albatross crush their eggs with their feet), so that staff at the colony could have “foster parents” ready in case something happened to another chick’s parent. This cross fostering technique works extremely well, and has helped ensure the survival of many Taiaroa Head royal albatrosses.

In the 1970s, Otago Peninsula locals Connie and Alan Wright de­veloped a supplementary feeding technique for albatross chicks. After the chick has reached around five weeks of age, the parents take turns foraging at sea to feed it, with each shift lasting a few days. In the event that one parent does not come back, supplementary feeding by a human “parent” means the chick can still reach fledging age.

In recent times, that human par­ent has taken the form of Lyndon Perriman, the DOC head ranger at Taiaroa Head. He has worked at the colony for half of his life, since he started there as a teenager. Like Richdale, Perriman is tenacious and not short of an innovative solution to aid the survival chances of his feathered family.

One of the biggest battles has been fought with one of the smallest of intruders—flies.

A problem for young, immobile albatross chicks in smelly nests is that flies lay their eggs on them, particularly in moist areas, such as around the mouth and anus. Mag­gots hatch and can literally eat the birds alive. In the early days of the war on flies, staff would coat the plants surrounding the albatross with flyspray, until one enterprising ranger realized that the active ingredient was the naturally occurring pyre­thrum. This led to staff planting pyrethrum daisies near the nesting albatrosses, in an attempt to keep the flies at bay. However, the birds saw the daisies as building supplies, uprooting the plants and using them to line nests.

The dry daisies did help to keep the flies at bay, so the rangers tried slipping mint leaves—which apparently possess fly-repelling properties—into the nests. This year a shortage of mint has led to the adoption of cotton buds soaked in peppermint essence as a successful fly repellent.

Another recent innovation is an irrigation system to cool the birds during hot windless weather. There are no trees or shade on the hillside and birds can suffer from heat stroke.

“Over the years, some of the management techniques that we have developed here under pressure, have resulted in best practice for sea­bird conservation around the world,” Perriman says with pride.

The benefits of long-term man­agement of the albatross colony have snowballed as well. Taiaroa Head now boasts over 10,000 seabirds, including a healthy population of the threatened Stewart Island shag, a hillside dotted with sooty shearwater (muttonbird) burrows, and a colony of red-billed gulls, not to mention fur seals, sea lions and over 300 breed­ing pairs of blue penguins.

Two years ago, rangers noticed a dinner-plate sized clump of Lepidium oleraceum, better known as Cook’s scurvy grass, near the gull colony. The nutrient-rich gull guano has created the perfect environment for this rare plant to make a comeback. A few pairs of royal spoonbills have also started breeding on the head­land in the last few years.

Although the northern royal albatrosses of Taiaroa Head are long lived and 500 chicks have been born, the colony remains small. This season, about 110 birds have arrived and some 30 pairs started breed­ing—from which 20 chicks are likely to result. As each breeding pair pro­duces only a single chick every two years, every chick is precious!