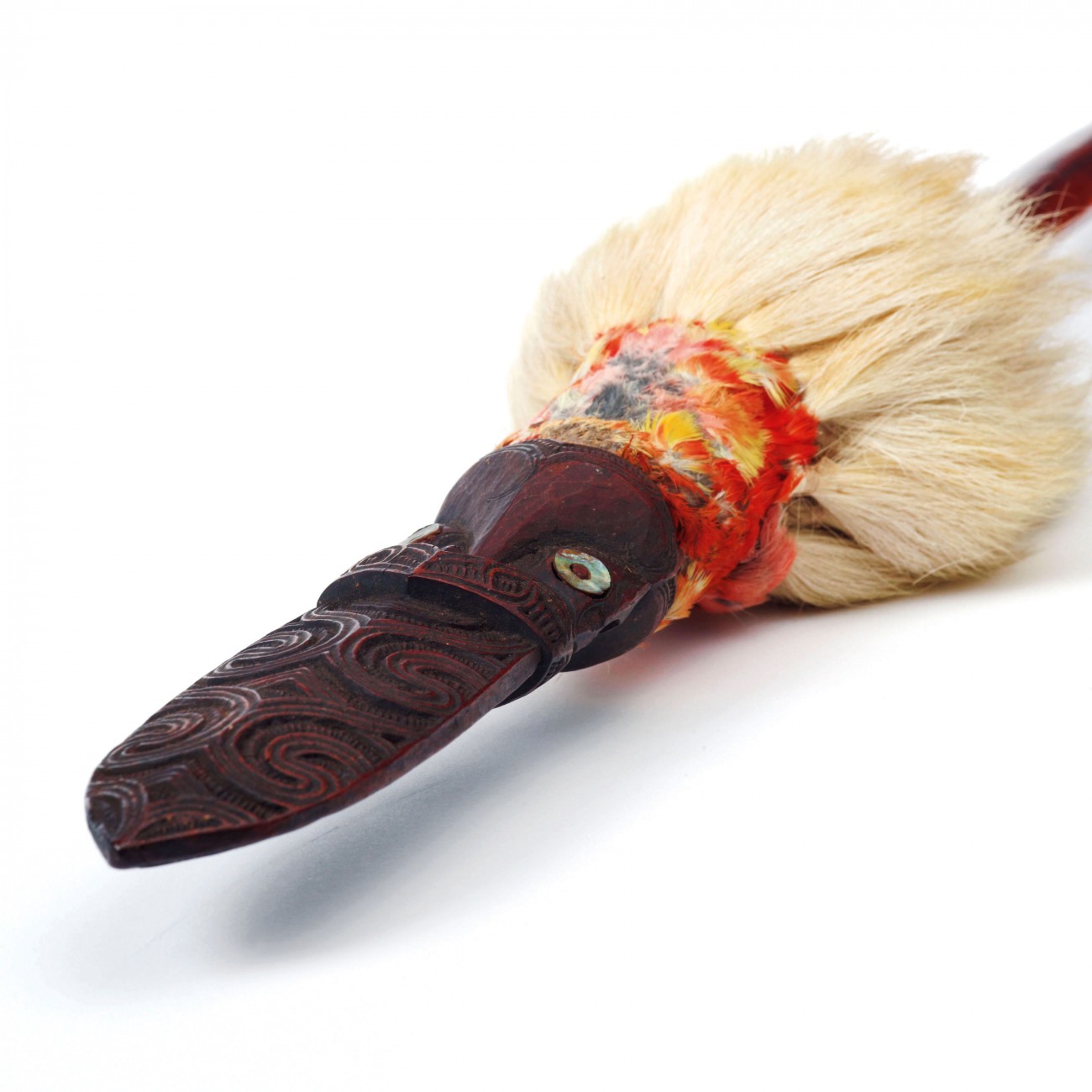 “The collection’s like a library,” says collection manager Andrew Stewart.“But instead of books, we have preserved fish. The people who use this library have learned to read the specimens like books.”

The repository is where many of New Zealand’s marine and freshwater species are described and classified, providing information on the biogeography, evolution, life history and ecology of our fish and fish communities. The collection grows weekly, as recreational fishers, crew on fishing boats, scientists and fishery observers all send unusual specimens in.

The fish collection is part of the staggering 2,000,000 objects Te Papa safeguards for New Zealand, a selection of which appear in 100 Amazing Tales from Te Papa, a book detailing the history and stories behind the museum’s acquisitions.

The objects are spread across the public museum space, and the ‘backstage’ of the museum, an impressively large labyrinth of storerooms, labs, offices and passages weaving from ‘dungeons’ in Tory Street to a roof terrace on top of the museum.

The well-illustrated book collates cultural artefacts and art works, enabling readers to enjoy the extended collection at home, and includes a DVD of the ‘Tales from Te Papa’ series fronted by the authors and produced for TVNZ7.

Many of the tales in this book are of individual objects that reveal something special, even unique, about life and living in Aotearoa, and the people and events connected with the objects,” write Morton and Hotere.

For Doris Whiting, a well-worn killing knife represents one of the most fulfilling periods of her life. When she was 22, Whiting left her job as a dressmaker in Pahiatua and signed up as a Land Girl, a government initiative which placed nearly 3000 women in farm roles while men served in World War II. Whiting mucked in on a Wairarapa farm with a friend, and helped with fencing, slaugh­tering, crutching and milking.

Fragments of this rich cultural history are captured throughout the 208 pages: from the scooter helmet worn by protest leader JohnMinto during demonstrations against the 1981 Springbok tour of New Zealand, to Bessie Murray’s lifelike dolls of Maori men and women.

Among the natural treasures is a fossilised tooth of an iguanodon—a 10-metre long dino­saur, found in England in 1820—and a giant 150-year-old ammonite, the largest shellfish ever found in New Zealand, measuring nearly a metre wide.

“Fossils are the memory banks of our planet,” say Morton and Hotere. “Specimens like the giant ammonite give valuable clues to how these prehistoric creatures lived and the world they lived in—and the history of life itself.”