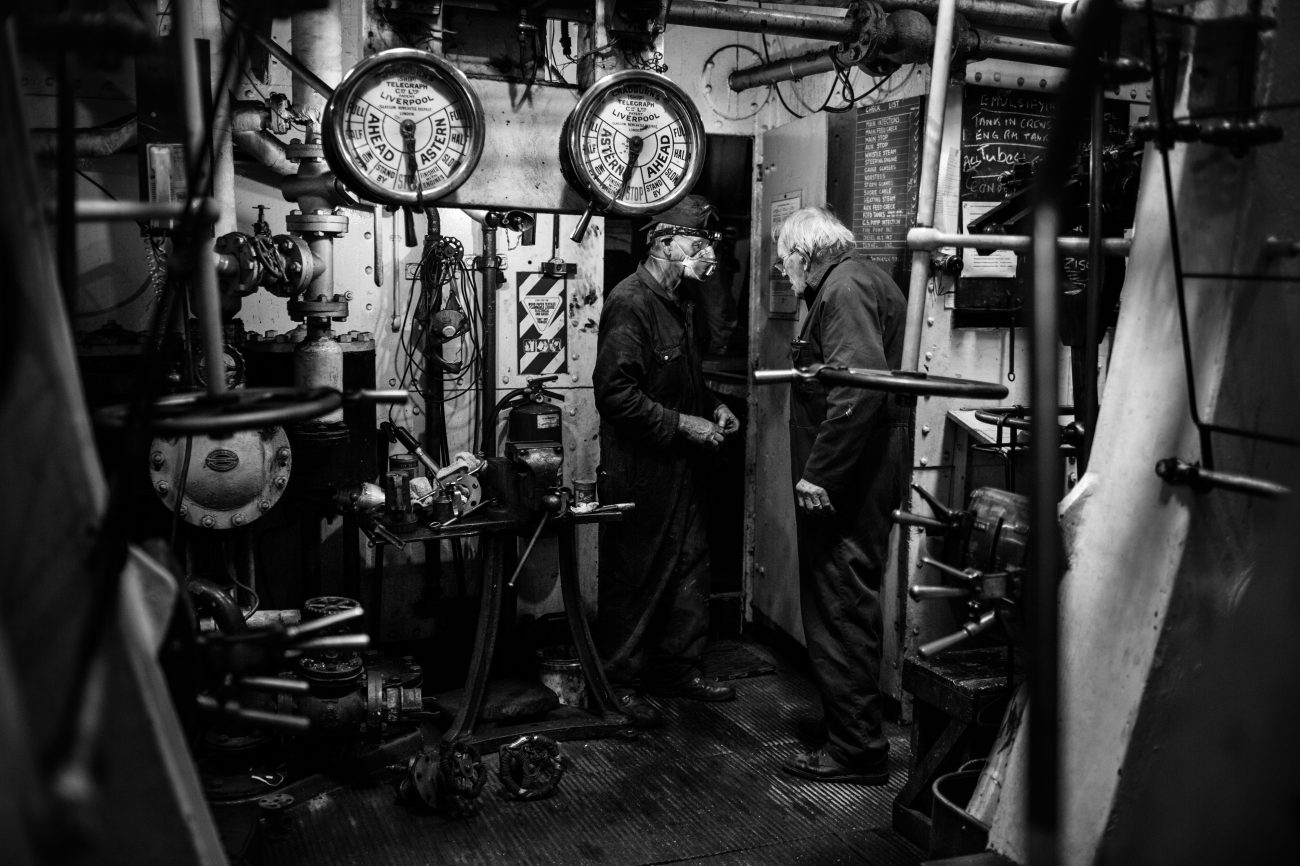 It all started with a random visit to a friend’s toolmaking workshop in the Auckland suburb of Kingsland. The workshop was being packed up to be sold, assisted by one of its longtime staff members, Rob. Lee Howell got talking to Rob about his past and quickly discovered common threads—northern England, engineering, road cycling. Howell ended up dashing back to his studio for a camera to make a portrait of Rob.

The sadness in Rob’s gaze fired Howell up with an idea, and since then, he’s been making portraits of people whose jobs are gradually vanishing from the world. Howell dubbed the project Trading Stories and set a goal of producing around 30 portraits of tradies in their work environments. So far, he’s photographed the Christchurch Printing Society and the octogenarian crew of the Lyttleton tug.

The tugboat shoot didn’t go as planned—fortunately for Howell. His idea was to make a portrait of 85-year-old Ted, but the steam engineer fell ill, leaving Howell with the rest of the crew. “They’re this band of brothers,” he says. “Their lives have been spent on the sea in one way or another. Every Thursday they meet up to keep this 105-year-old tug going.”

Howell flew to Christchurch for several consecutive Thursdays, making a series of images that he added to his website. Shortly after, he was approached by the agency Designworks. “Somehow they’d seen the work and asked me to come in to discuss a job for the Lyttleton Port Company. I walked in there and pretty much all the images on the moodboard were of the tug guys. The brief was the same—I had to go and find characters around the port and take portraits of them.”

Howell went on to shoot a similar ‘real portraits’ project for St John Ambulance, also through Designworks. He’s now completed four big commissions that came about thanks to Trading Stories. “This little project has led to $50,000 worth of work,” he says.

Commercial benefits aside, it’s clear that Trading Stories is something Howell relishes making. You could say it runs in his blood. “My granddad was one of those people who could make anything,” he says. “My old man was a mechanic and in a previous world I was a mechanic in Formula One.”

Howell finds his subjects simply by asking around, and publishes new portraits online as soon as they’re completed. The plan is to eventually exhibit Trading Stories with an accompanying book. He has a copywriter and videographer attached to the project, as well as plans to record audio. “You’ll be able to put on some headphones and listen to their stories,” he says. “It isn’t just about me going in there and shooting a portrait, it’s hearing their stories.”