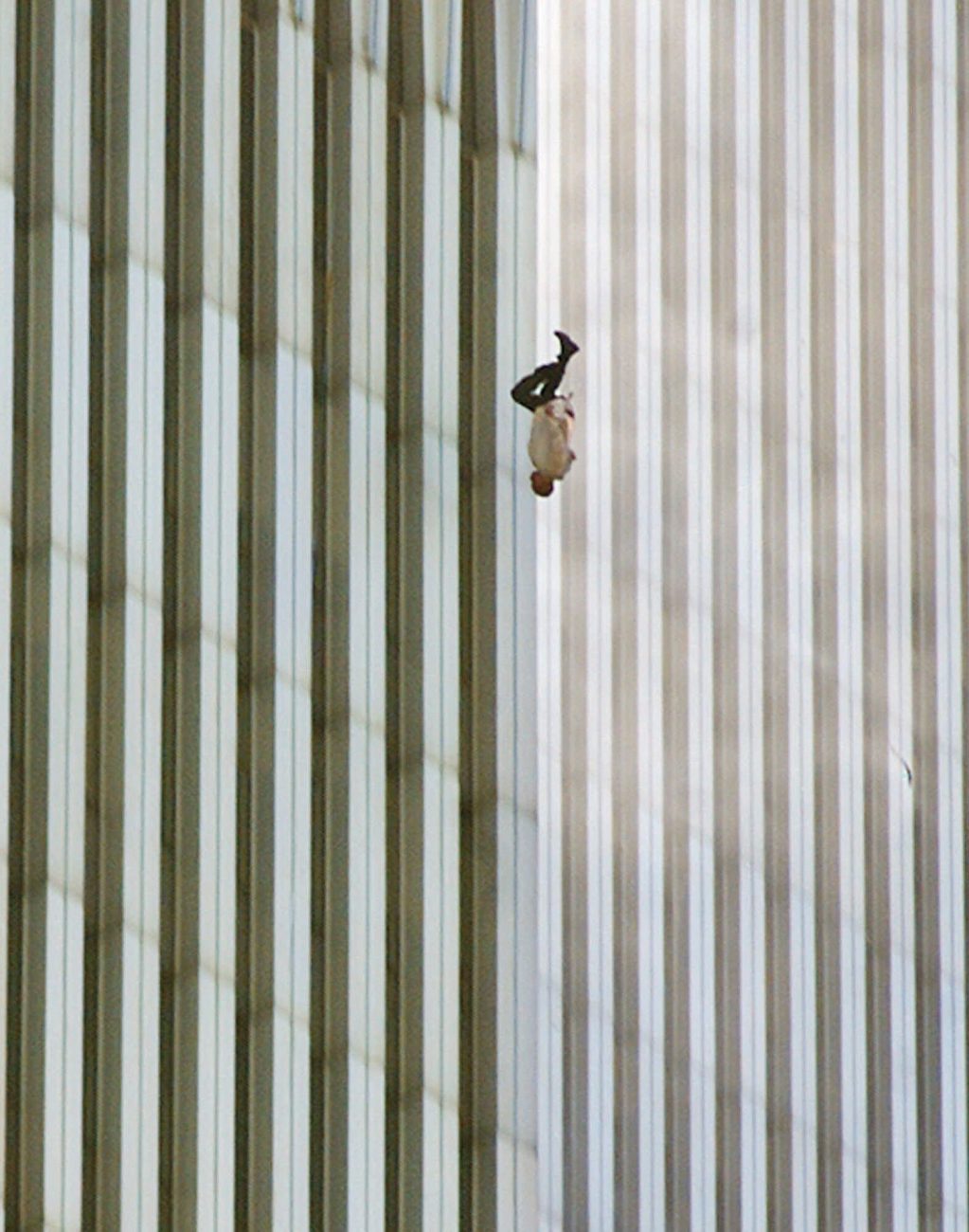 Of all the pictures of the September 2001 terrorist attack on the World Trade Centre, there was just one that rendered the catastrophe at a human scale. For many, the image was all too real, and the photographer, Richard Drew, was derided with the same ethical barrage that face documentarians of any human tragedy.

“It’s a very quiet photograph,” says Drew, who photographed more than half a dozen people plummeting from the World Trade Centre that day. This figure appears to have accepted his fate. He plummets head-first down the frame, on a perfect trajectory between the North Tower to the left, and South in the bright background to the right.

“There is something almost rebellious in the man’s posture, as though once faced with the inevitability of death, he decided to get on with it; as though he were a missile, a spear, bent on attaining his own end,” wrote Tom Junod in his essay on the picture for Esquire.

“Because the body was never recovered, and there was no formal identification, I like to think of him as the unknown soldier; let him represent everyone. That was their fate that day.”

Drew, for his part, has always maintained his composure in the light of horror. As a 21-year-old journalist he was in the room at the Ambassador Hotel when Bobby Kennedy was assassinated. He jumped on the table and photographed the scene, as Ethel Kennedy, crouching over her husband, was urging reporters away.

On September 11, 2001, Drew was photographing on a catwalk at New York Fashion Week when a CNN cameraman said that a plane had crashed into the World Trade Centre. He jumped on the subway and emerged on West Street to see the smoking towers. While others used wide-angle lenses, Drew took out a telephoto lens and calmly followed the falling figures to ground.

“There’s controversy because I think people identify with the picture too much,” he says in a video interview with The Telegraph. “Because the body was never recovered, and there was no formal identification, I like to think of him as the unknown soldier; let him represent everyone. That was their fate that day.”

Drew didn’t make any moral judgments, only technical ones. He seemed confident in his role as a paid witness to history, even as it unfolded in terror and confusion.

In the picture, the jumper appears frozen in time, but in real life he tumbles into history. Were it not for Drew, he would have disappeared without a trace.

“I look at the Falling Man picture and hope that now, ten years on, people can accept it as something that happened.”