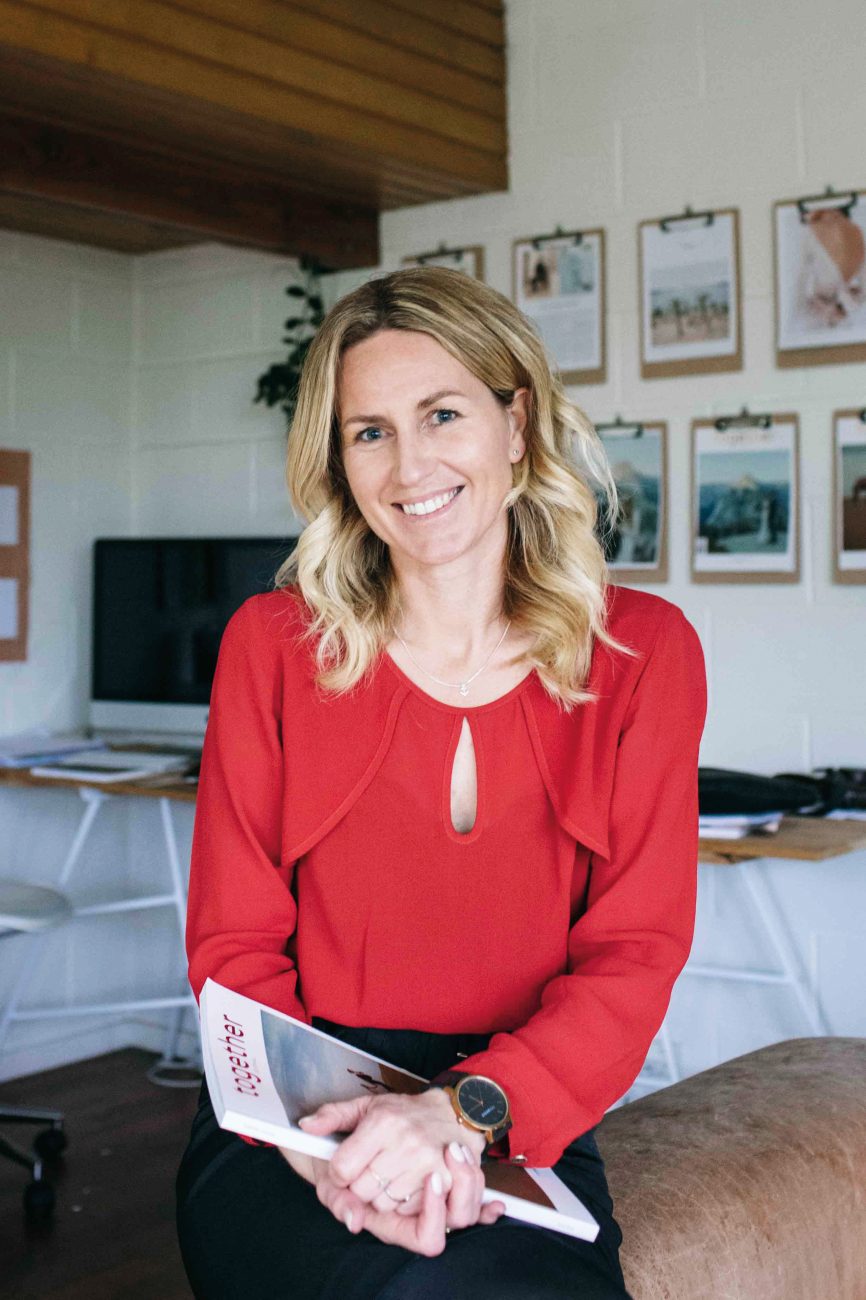 When Greta Kenyon told people she was a wedding photographer, she could see from their faces the kind of images they were picturing. And they were tacky.

“I felt like the mainstream media—not just magazines, but blogs—weren’t representing what I and a lot of my colleagues were shooting,” she says. “We were shooting a lot of pared-back, non-traditional, beautiful weddings and elopements that were a lot more original than what I was seeing in the media, and I had nowhere to send my work.”

Based then in Mount Maunganui, Kenyon was one of a growing group of Antipodean photographers developing a fresh, journalistic style. Bridal magazines didn’t reflect their work, but rather a style of shooting that they’d long left behind.

When Kenyon needed inspiration, she turned to titles such as Kinfolk, a design-driven lifestyle magazine started by two American couples in 2011. Kinfolk hit a gap in the market—it had a look and feel all of its own—and rocketed to fame. Kenyon began to wonder if a title in a different niche could find similar success.

“I was thinking about it and thinking about it, I’d been putting it off—I have three small children—but it got to the point where I was talking about it so much my husband was like, ‘If you don’t do it, somebody else is going to do it any second’,” she says.

Kenyon’s daughter wasn’t quite two when she approached business incubator The Icehouse and secured a mentor. When her A-list of clients immediately signed on to advertise in the magazine—which didn’t yet exist—production of Together Journal went into full swing. She had less than two months to put an issue on the shelves in time for summer.

But Kenyon has a strong network of friends in the industry—she has photographed more than 150 weddings, in New Zealand, Australia, and the US, and attended a number of overseas workshops—and a formidable work ethic, returning over and over to her magazine’s pages until they were just right. 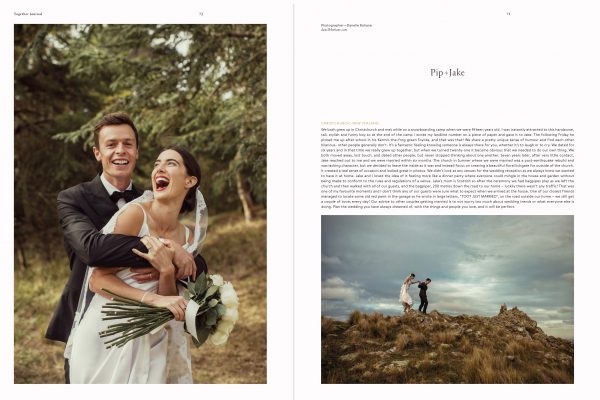 Together Journal specialises in offbeat, often handmade, highly stylised weddings. There are gowns that aren’t white, grooms that don’t wear suits, couples that aren’t straight, floral arrangements with no flowers. One bride arrives on a camel, another on a bicycle. Rarely do couples look at the camera and smile; they’re pictured strolling down city streets, caught in laughter, retreating from the camera in a private moment, or assembled in mannered poses more akin to painting than photography.

Published quarterly, Together Journal bridges the worlds of weddings, fashion and lifestyle—Kenyon has heard of women buying it for its unconventional floral arrangements alone—and design-wise, it’s approached with the same ethos as a coffee-table book.

“Lifestyle content has a longer shelf life,” says Kenyon. “You can hang on to your food magazines or your wedding magazine and a year later they’re still relevant.”

When Together Journal launched, a competition on Instagram spread news of it far and wide. A buyer from upmarket American retailer Anthropologie came across it, and when they called Kenyon asking to stock it, she thought one of her friends was pranking her. But the distribution deal gave her the impetus to approach other stores abroad, and Barnes and Noble took on the magazine. A year after its launch, Together Journal is stocked in more than 300 bookstores in the US, and Kenyon is busy finalising contracts for Australia.

Unbelievably, she still shoots weddings. She has six coming up this summer, after promising herself she’d only do two. But there were people she couldn’t say no to—and it helps to be tuned into the industry and its trends. “I think that’s why the magazine has done so well,” she muses. “It’s put together by people who are passionate about it.”