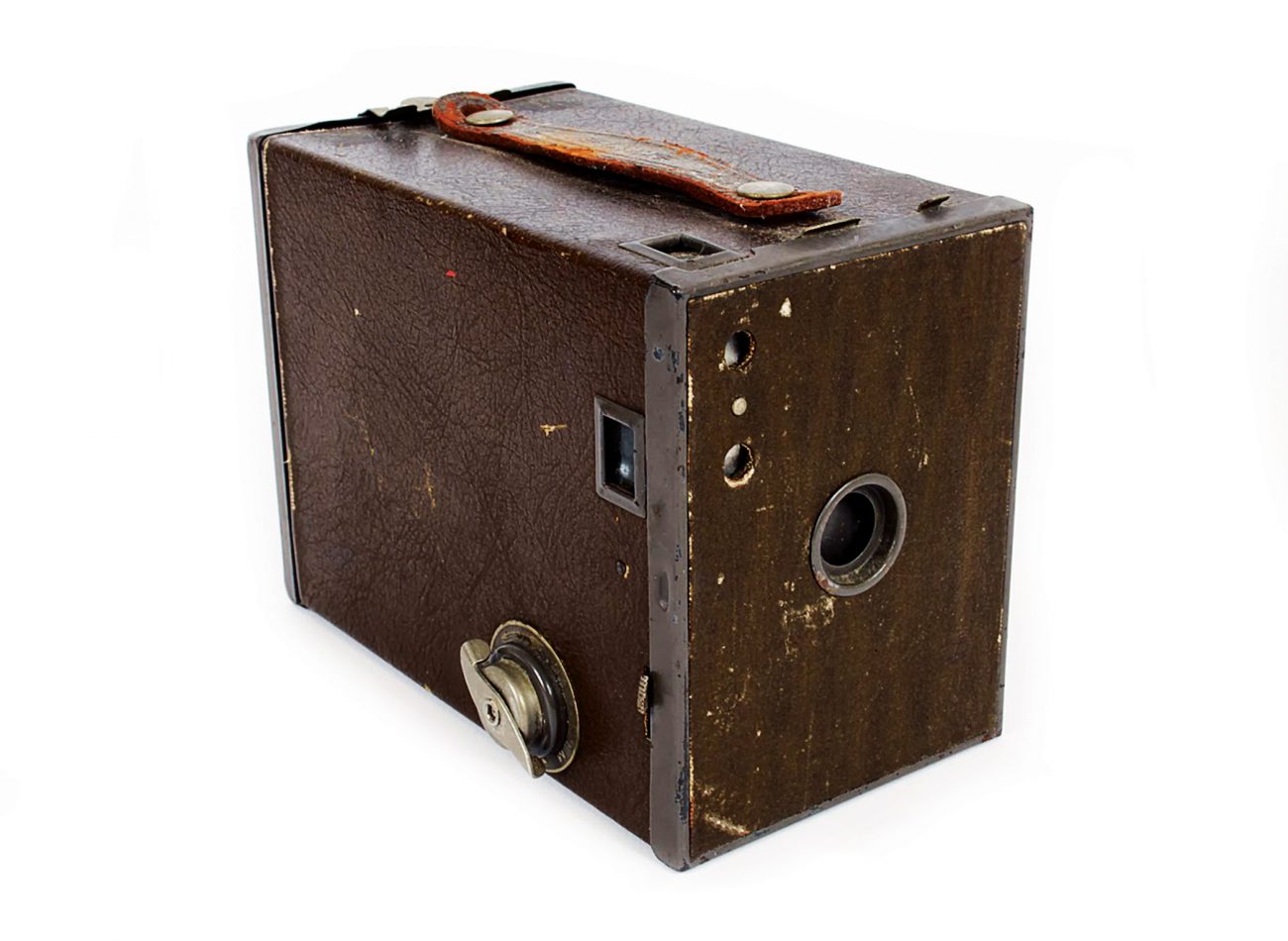 The original Brownie was a black, leatherette-covered jute box with a f/14 100mm fixed meniscus lens that took the first two-and-quarter-inch square pictures on six-exposure 117 roll film. A roll of film cost just 15c, and 40c to develop.

The Brownie was so easy to use that early advertising proclaimed, “any school-boy or girl can make good pictures with Eastman Kodak Co.’s Brownie cameras”. Eastman linked the camera to Canadian author and illustrator Palmer Cox’s popular children’s books which depicted mischievous sprites, brownies, inspired by Scottish folklore. Each volume contained Cox’s description of its characters: “Brownies, like fairies and goblins, are imaginary little spirits, who are supposed to delight in harmless pranks and helpful deeds. They work and sport while weary households sleep, and never allow themselves to be seen by mortal eyes.”

Eastman, well known for his marketing prowess—including the slogan “you push the button, we do the rest”—used the fictional brownies to market his new camera. The first ads showed the characters scampering over the updated version of the camera.

The brownies were always up with the trends of the time, riding bicycles, playing tennis, riding cars, and visiting the Brooklyn Bridge. In one story, the brownies find a hot air balloon in the forest, which they repair, fill with gas and head off into the sky. In his marketing, Eastman had taken these technologically savvy brownies and turned them into photographers.

Several million Brownies sold during the 70 years the Brownie was in production. The famous box was constantly restyled with metal bodies, plastic bodies, coloured exteriors, flash synchronisation and built in flash-reflectors. The lineage of 125 models includes the Baby, Holiday, Hawkeye, Fiesta, Bull’s-Eye, Bullet, Boy-Scout, Beau, Chiquita, Target and the Starflash. The manufacturer often released a new model to commemorate events or anniversaries. And so the tradition lives on with a redesigned Kodak Brownie released on the occasion of the 2012 London Olympics.