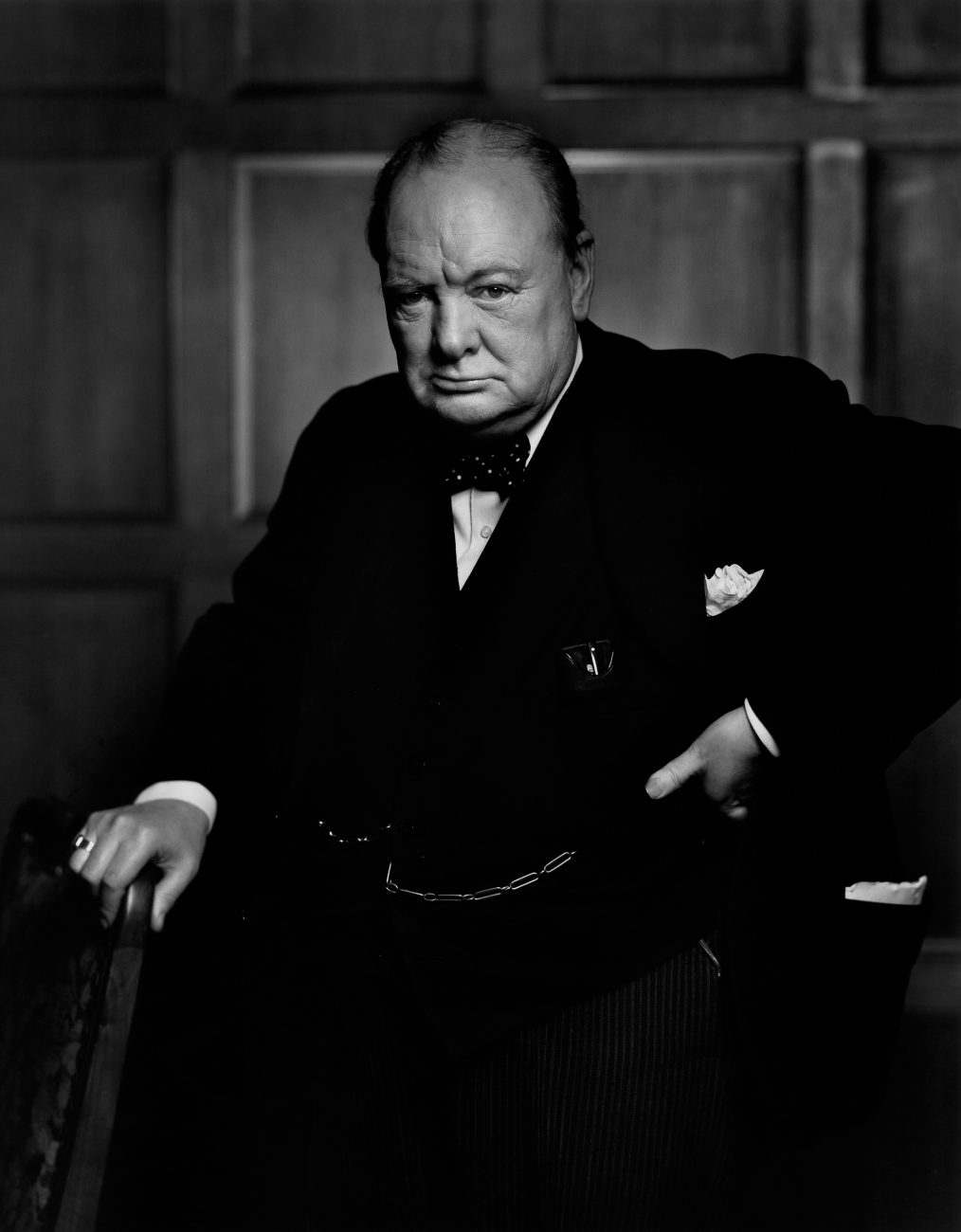 Sometimes a shoot begins weeks, months, before the click of any shutter. When Yousuf Karsh got the assignment to shoot a portrait of Winston Churchill, he hit the books, learning about the great leader’s ways, whiles and witticisms.

From Ottowa, Karsh was hired by the Canadian Government to photograph Churchill after he addressed the Canadian House of Commons in December 1941.

It was a tough gig: Churchill was a notorious curmudgeon, and was still fuming after a German threat to wring Britain’s neck “like a chicken”. Nor had he been warned that he was about to sit for a photo in the Speaker’s Chamber, where Karsh had set up the day before.

“He was in no mood for portraiture,” recounted Karsh. “Two minutes were all that he would allow me as he passed from the House of Commons chamber to an anteroom. Two niggardly minutes in which I must try to put on film a man who had already written or inspired a library of books, baffled all his biographers, filled the world with his fame, and me, on this occasion, with dread.”

Churchill scowled as he sat, and pulled out a fresh cigar.

Karsh asked him to put the Havana away—an odd request, perhaps, given that it was Churchill’s defining habit. “I held out an ashtray, but he would not dispose of it.” So the photographer, pretending to take a light reading, “stepped toward him, and without premeditation, but ever so respectfully, I said, ‘Forgive me, Sir’ and plucked the cigar from his mouth. By the time I got back to my camera, he looked so belligerent he could have devoured me. It was at that instant I took the photograph.”

There was, recalled Karsh, a long and poignant silence. Then Churchill smiled and said: “You may take another one.”

The shutter clicked again, capturing this time a smiling face. Then Churchill rose.

“He walked toward me,” said Karsh, “shook my hand and said, ‘You can even make a roaring lion stand still to be photographed’.” And so the photograph became known as the Roaring Lion, a study in defiance that captured the face of British resolve during its most desperate days.

Karsh, Armenian by birth, had emigrated to Canada at the age of 16, to live with his uncle, a photographer. He served an apprenticeship with Boston portrait shooter John Garo, before coming to the attention of Canadian Prime Minister Mackenzie King. It was that break that saw him photographing dignitaries, and the definitive Churchillian study.

“My portrait of Winston Churchill changed my life,” he said. “I knew after I had taken it that it was an important picture, but I could hardly have dreamed that it would become one of the most widely reproduced images in the history of photography.”

His career secured, Karsh went on to shoot more than 15,000 images of world leaders, artists and scientists.

But why did he rob the Prime Minister of his cigar? The prop was, after all, the man’s trademark—it was like kicking the cane out from under Charlie Chaplin. Karsh touched on the subject in a 1951 lecture at Kent State University: “If I succeed, the portrait should tell not just that X has a heavy jaw and Y drooping eyelids,” he said. “It should convey the message that here we have a man of willpower, iron determination, singleness of purpose—that here is a thoughtful, perhaps calculating, perhaps careful man who weighs and ponders before he makes up his mind.”

In other words, says Jerry Fielder, one-time assistant to Karsh and now curator and director of his estate: “People want to present themselves a certain way, and that’s not what he was looking for.”