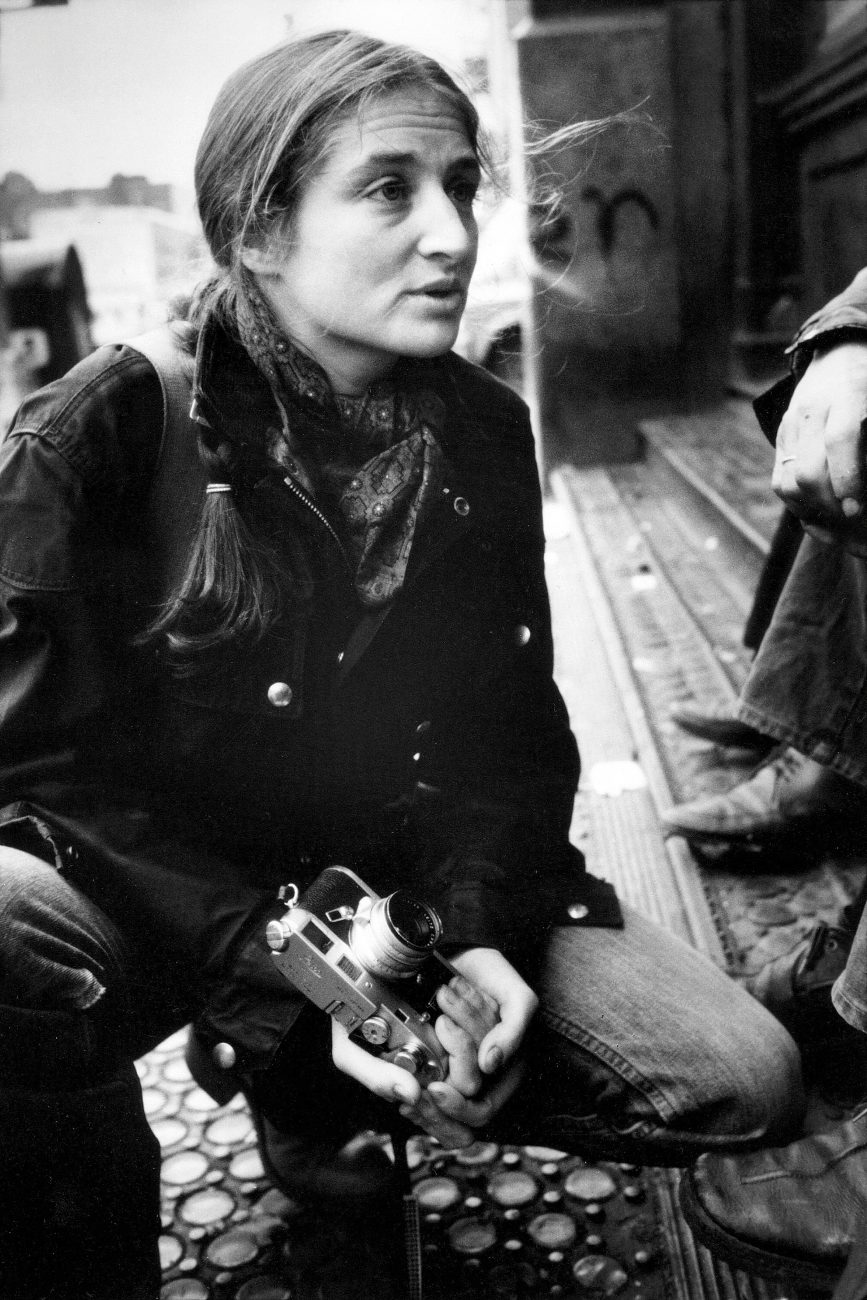 I started doing photography in a teaching environment, and I was very interested in what we called at the time ‘visual literacy’. I was not so much focused on my own work, although I was doing that on the side; that’s when I began the ‘Carnival Strippers’ work. I stayed with teaching for a number of years, but I didn’t see myself as a teacher in the long term. I didn’t have a road map to how to be a photographer for life. That’s what I’ve done, but I didn’t know how to get there.

I’m not interested in style, per se. I’m not sure I want people to be thinking ‘This is a Meiselas photograph’ versus being engaged with what’s in the frame. My intent is to be successful in creating a kind of narrative space.

My approach begins with finding something I’m curious about, often for reasons I’m not even sure of. It could be a particular group of people, such as a project I did very early on that few people know about. It was on a group of Santa Clauses from the Bowery in New York near where I live. Or it could be about a place like Nicaragua, a culture in transition, a social conflict evolving. I’m drawn often to history and the evolution of an historical process, like in Kurdistan. So my approach is building off that curiosity a set of relationships, and engaging over time.

I learn such different things from each project. When I was doing the work with carnival strippers, taking the time to build relationships was probably the lesson. But I’ve learned the most from the Nicaragua work because time has been such a factor in my perspective. The risk, specifically with Nicaragua, was that my judgement to stay for an extended period of time was not understood. As a career choice it might have been better to move around a lot to different kinds of conflicts in that classic photojournalistic way. But I didn’t really define myself like that. I wanted to invest and to immerse myself.

I am committed to exploring different approaches. The aesthetics may change, so for example the work I did on the border of the US and Mexico was done with a panoramic camera, which creates a different dynamic. I think the aesthetics are influenced by what I’m trying to achieve with the work.

The invitation to join Magnum created many different kinds of opportunities, but most importantly a community with which I’ve related for 40 years. There’s something about Magnum’s integration of multiple generations, which is particularly special, and watching those lives evolve, and looking at the sustaining choices they’ve made in their practices, that’s invaluable. It’s not always what you talk about, but what you see around you.

Creativity comes from within. It’s the process of engagement with what you see, and it’s about interaction. Ultimately creativity is solving the problems you create for yourself.

Participatory media interests me a great deal. I’ve just reprinted the third edition of the Nicaragua book with Aperture, which will have a modest augmented reality element. The pages of the book have icons and you download a free app and from the image on the page you can link to a short film clip from the film I made ten years after the first Nicaragua book. So you’ll have this interaction of a still photograph and the moving image. I’m quite curious to see how that activates audience engagement with the material.

Nicaragua, by Susan Meiselas, was originally published in 1981. Its third edition is forthcoming from Aperture.