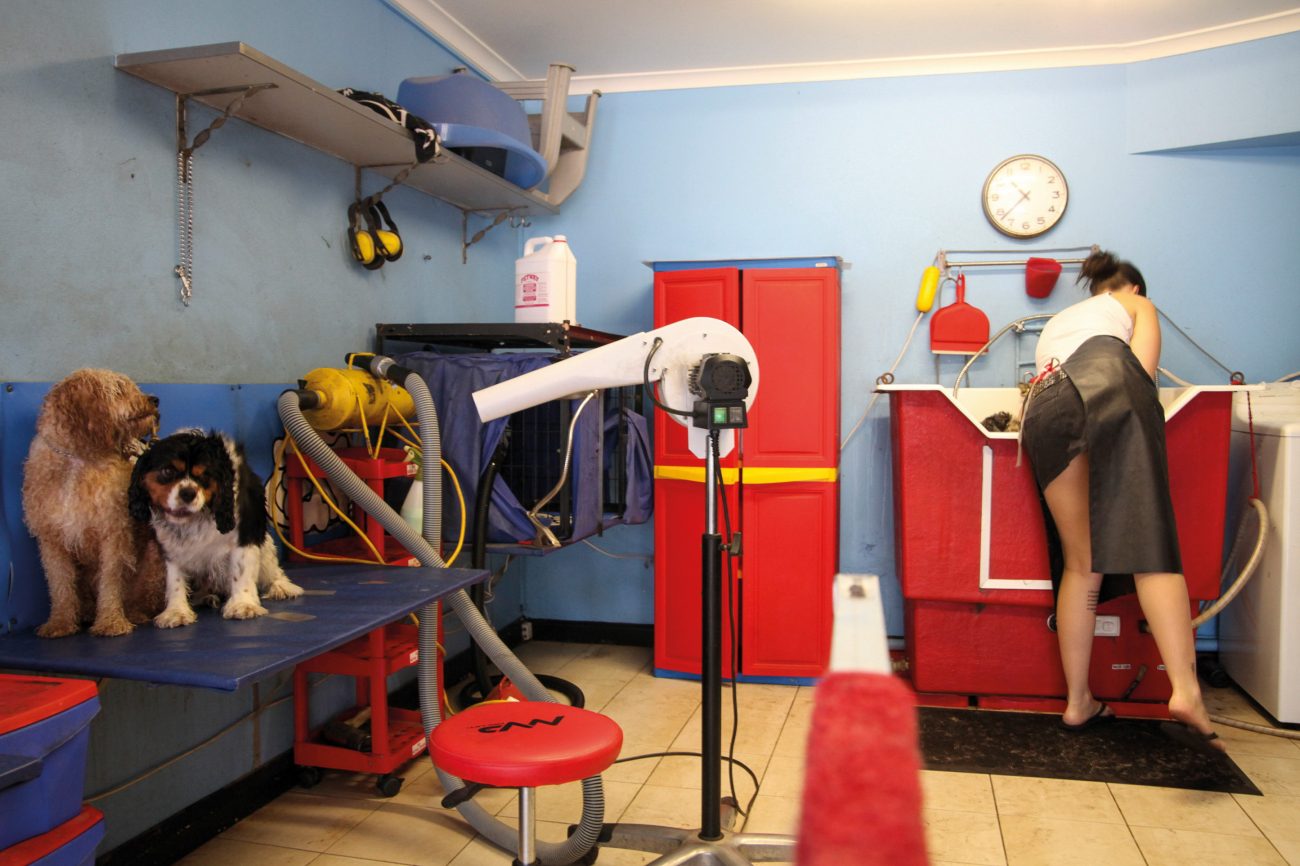 Every city has one of them: a vital artery that lays no claim to beauty, that regularly clogs up with traffic, that attracts a city’s least glamorous businesses. For Sydney, it’s Parramatta Road: a 23-kilometre stretch of asphalt marking a path along the waterline that has been treaded for centuries, first by indigenous people, then settlers travelling to and from the city.

Nowadays, Australian media calls Parramatta Road an urban wasteland, a varicose vein. “It has a reputation for being one of Sydney’s worst roads,” says Irons. “It’s a terrain of cars and frustration. It’s known for having a lot of decay, a lot of empty buildings.”

Irons started documenting it in 2010. She needed a project for a short course she was taking at the Australian Centre for Photography—something close by, something accessible. For years she had commuted along the road and thought it held more potential than people gave it credit for. “Because people are always stuck in their cars, they don’t appreciate the more interesting aspects of the road,” she says. “It’s a rewarding experience. There are a lot of strange, iconic things, like mannequins that are used to promote businesses, and rundown buildings that used to be grand.”

At first, she wasn’t sure exactly how to approach it. Google-Earth style, documenting every footstep? Looking at only the iconic parts, the milk parlours and mannequins? Or taking on the industries that dominate the road one by one? “I’ve increasingly grown to view the project as ‘unplanned encounters’,” she says. The McDonalds carpark late at night is particularly rewarding—Irons describes meeting a man whose hat and jacket were covered with watches, like a shady cartoon character, while one of the many car dealerships yielded a guy who had once been Gary Numan’s understudy. There are dog groomers and debutante balls, a school for clowns and a school for pole-dancers. Sometimes Irons pauses in her journey to shoot mini-essays: the grand final at a sporting ground, a business that’s closing down, the home of a resident who heard about the project and invited her in. 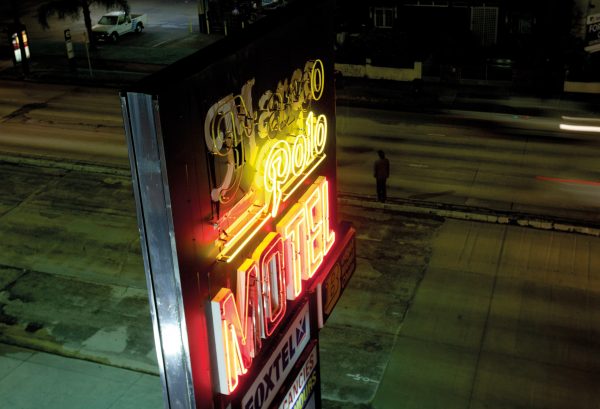 Jealous of the road trips that Magnum photographers of the past embarked on across the United States, Irons finally decided there was no reason she couldn’t do the same with her road. “I lived there for a week as a self-installed artist in residence,” she says. “I stayed at Flemington Markets. There are a couple of hostels, there’s a place called the Marco Polo Hotel which is probably my favourite, which has this big half-functional fluorescent sign that’s wonderful to hang out with as the sun goes down.”

Parramatta Road is scheduled for major redevelopment in 2016, so there’s an extra motivation for Irons’s project—recording a historical moment before it passes away. “You have to observe it now. This story is also creating new stories—businesses that have to move on, whole areas that will change shape dramatically.”

Most of Irons’ documentary work so far is about things that are disappearing. Her 2014 photobook, Goodbye Oxford Tavern, captured the final 48 hours of a topless bar, a local institution, before it closed down. Her most recent series, currently a solo exhibition at the State Library of New South Wales, documents Physie, a dance-based team sport that was once widespread in Australia. Things that are hidden in plain sight, Irons sums up. “That’s one of my favourite challenges as a photographer—trying to find photographs where there’s seemingly nothing going on. I think that’s where you come up with some of the most original work. It’s not easy, it’s not obvious, there are no guaranteed photographs, but if you turn up to work there, and you let yourself be directed by the place you’re in, photographs and people come out of the woodwork.”