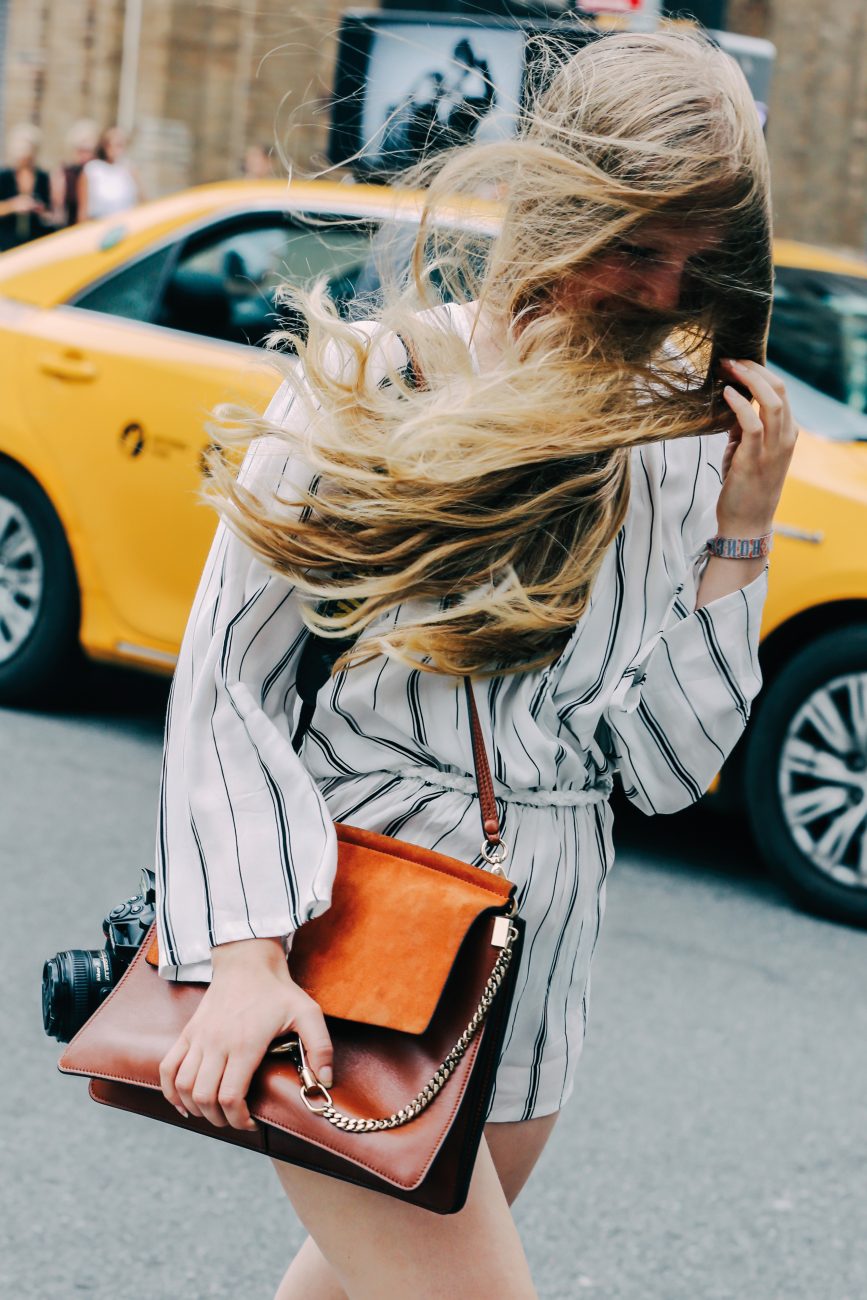 Dan Roberts describes himself as a flâneur, after the French stroller-philosophers of the 19th century who’d aimlessly wander the streets of Paris contemplating the world. Roberts’ strolling is, however, a little more purposeful—to the backstage doors and front entrances of runway shows, documenting the world’s fashion elite.

Roberts worked for Auckland fashion designer Trelise Cooper before deciding he had more to offer creatively, so he moved to Melbourne a little over three years ago and started shooting street style. “It just looked like a really exciting world to be a part of—and it’s accessible,” he says. “The great thing about it is anyone in the world with a camera can go out and take photos of people in the street.”

Roberts attended a couple of Australian fashion weeks, but Melbourne was just a stepping stone to travelling further afield. So he hit the international circuit of fashion weeks—New York, Milan, Paris, London. It was hard going funding himself through the first couple of seasons, but now the likes of Anna Wintour and Kanye West were inches from his lens.

During Roberts’ third season, he overheard two Elle.com fashion editors talking about finding a new photographer as they stood in the cold beside the backstage door. He offered to send them some pictures, and just like that, had his first major contract. “That’s something I’ve learned—the importance of showing up,” he says. “Every season there are opportunities that arise just from meeting people face-to-face.”

Slowly but surely, his work spread. One day in New York, he checked his email to find a message from the photo editor of Vogue Paris. Then he read it again and again, trying to reassure himself it wasn’t fake. Now, during fashion weeks, he’ll send Vogue about 25 shots a day.

Unlike most street style photography, Roberts’ work isn’t just documentary, who-wore-what, depending on out-there outfits to capture a viewer’s interest. He tries to capture something of the spirit of each place in his photographs—so that the viewer can identify whether it’s France or America. A pair of shoes with thick gold satin straps are echoed by the gold ornamentation of the gate in the background. The flowing vertical pleats of an orange silk dress are echoed in the horizontal grills of chauffered Mercedes lined up behind.

Sometimes he wishes he had more ability to plan the moments he captures. “I want to create really interesting content for companies and brands and magazines,” he says. “Sometimes when I’m shooting street style it’s frustrating that you can’t compose something that you typically want.”

But not all the time. “There are moments that happen that you never would be able to recreate.”