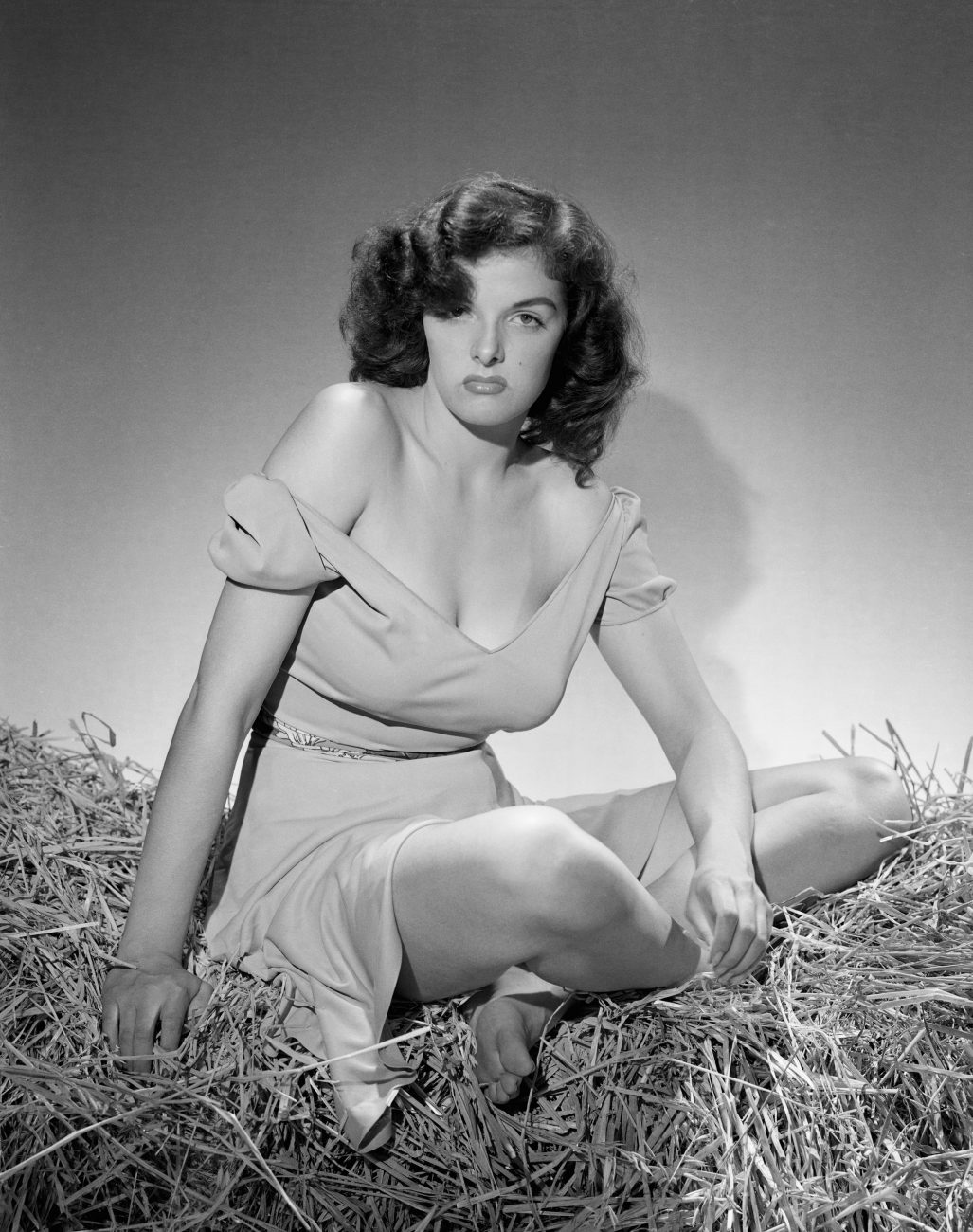 George Hurrell’s camera was making him more money than his paintbox. It was supposed to be a simple way to record landscape scenes he would later commit to canvas, but his photographic portraits of artists and celebutantes at Laguna Beach, California, were starting to catch the eye of 1930s high society.

When actress Norma Shearer saw them, she knew she wanted Hurrell for her next session. Shearer had her eye on a vamp role in an upcoming movie, The Divorcee, but was unfortunately saddled with a girl-next-door image. She needed someone to make her sexy. Hurrell worked his magic, Shearer got the part (and an Academy Award) and Hurrell was suddenly Hollywood’s go-to photographer. Shearer was married to MGM production chief Irving Thalberg, who instantly put him in charge of the company’s portrait studio.

One of Hurrell’s first assignments was to turn a 20-year-old receptionist into a goddess. Draping herself across the bearskin and chintz cushions, Jane Russell lamented: “I feel like a guinea pig.” In many ways she was: Hollywood was going glamour, but the censors weren’t happy. They’d slapped bans on Russell’s first film, The Outlaw, having taken exception to her confronting front. It fell to Hurrell to get glamour past the censors—to hit just the right balance of cleavage and coyness.

Hurrell had watched soundies wielding mic booms in the movie studios, and realised they were the perfect rig to manipulate the lights he put to such subtle effect, showing up cheekbones and lips, but using shadows to hide the flaws. “The most essential thing about my style was working with shadows to design the face instead of flooding it with light,” he said.

Hurrell put some boogie-woogie on the gramophone, worked the lights like a puppeteer. A writer for US Camera magazine, G. T. Allen, was there: “From this point, the shooting of Jane is a process that defies explanation,” he wrote. “George foxtrots his camera over the cement floor, seeks the right camera angle, shifts a light before the assistant can reach it, changes an angle of Jane’s arm or wrist… There is nothing except the magic circle of light.”

MGM producer Howard Hughes loved the shots. He figured Hurrell was the man to get The Outlaw, still languishing on the shelf, into the cinemas. Hurrell picked a barnyard seduction scene from the movie and ordered a half-ton of hay. There was, however, still the issue of Russell’s bust. Hughes had ordered a special cantilevered bra, seamless, to play down any suggestion of lingerie, but, recalled Russell, “It didn’t work so well.” Instead, she shoved tissues over her own.

Hurrell had to shoot atop a rickety ladder. “I worked that fast, it was as if I were out of control,” he say. “But I had to work fast.” Russell had been getting coaching, and now she was leading the shoot; all Hurrell could do was try to keep up. Between them they created a brand, a new idiom. The golden age of glamour was lit, and writ, large. The Russell pictures went on every billboard and within every centre spread, but Hughes still held The Outlaw back, titillating moviegoers until 1943, when it finally screened.

By then, Jane Russell was a pin-up legend, but Hurrell always denied the haystack shoot had anything to do with it. “You don’t make a star on the strength of a photograph,” he once snapped. As for Russell, she had trouble even remembering the photographer who made her a household name: “I was photographed by so many people that year,” she recalled in 2010, “and this was just another one.”