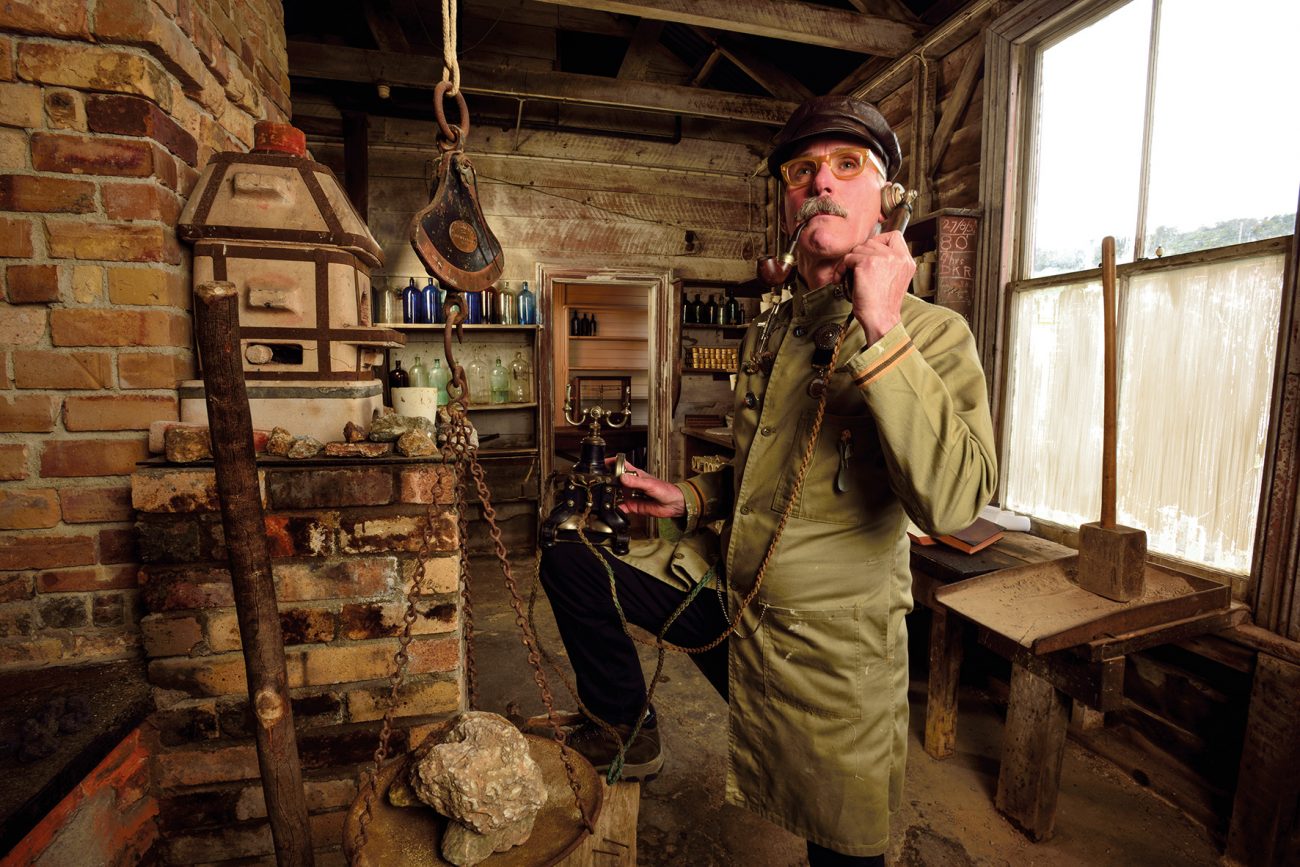 Once the largest town in New Zealand, Thames’s popularity—and population—has dwindled significantly over the last century. Its gold-mining past offers a rollicking history and a rich array of heritage buildings, but lately these have gone uncelebrated. Until steampunk arrived in town.

Steampunk is a style and subculture based on an alternative view of history where the steam engine was never surpassed technologically—imagine science fiction set in the Victorian era. It’s embodied within books, films and costumed events around the world. Last year Thames held a steampunk festival which proved to be a surprise hit, drawing around 2500 people to a ball, carnival and street parade.

Documentary photographer and longtime Thames local Peter James Quinn believes the festival has the potential to draw more people to the town. Knowing small-town events can be derailed by amateur marketing efforts, he volunteered to make a series of images to promote it. The photographs could become posters, drum up interest on social media, even be turned into a calendar, he thought.

It didn’t get off to a good start: the first shoot was awkward, the subjects looking out of place. “I thought, ‘Oh, what have I got myself into, this is really lame’,” says Quinn.

But his next portrait subject, a local historian, arrived in costume equipped with a vintage telephone and proceeded to start chatting away to himself in character. The scene instantly lit up. “They’ve all got their steampunk alter ego—he’s Dr Hector Stackpole, who was a mining engineer back in the day. As soon as I realised that I could just get them to adopt these personas, they started playing up for it—and that’s what lifted it.” 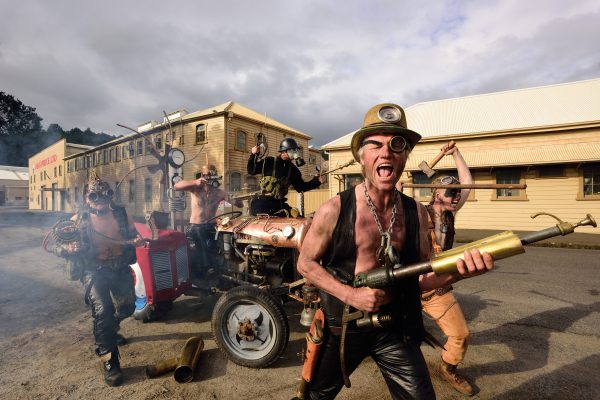 Stackpole’s portrait also served to showcase one of Thames’s Heritage New Zealand-listed buildings. “That’s the original assay room in the Thames School of Mines, it’s not a faked-up thing—you’re walking in there and you’re stepping back in time.”

Another local steampunk aficionado built his own tractor for the festival’s ‘Punk up Your Ride’ event—a sort of rural New Zealand take on Mad Max. “He drove it downtown to the shoot and it broke down in the main street, so they towed it to me. I couldn’t afford a smoke machine, so I got my brazier and lit a fire on the street behind me. When I saw all the weapons they had brought along, I thought, ‘The next thing is that somebody’s going to call the cops, we’ll all get arrested’. But they just went crazy. It’s theatre, it’s their own kind of outlet, I guess.”

Quinn has only licensed the images for a year—if the event continues or gains support he’ll have the opportunity to relicense them, perhaps for a fee. “It shows that with a bit of imagination and no money you can still produce a campaign,” he says. “The town has started to take more pride in its history, and started to connect with the idea around this festival, and this steampunk thing is joining the dots for them.