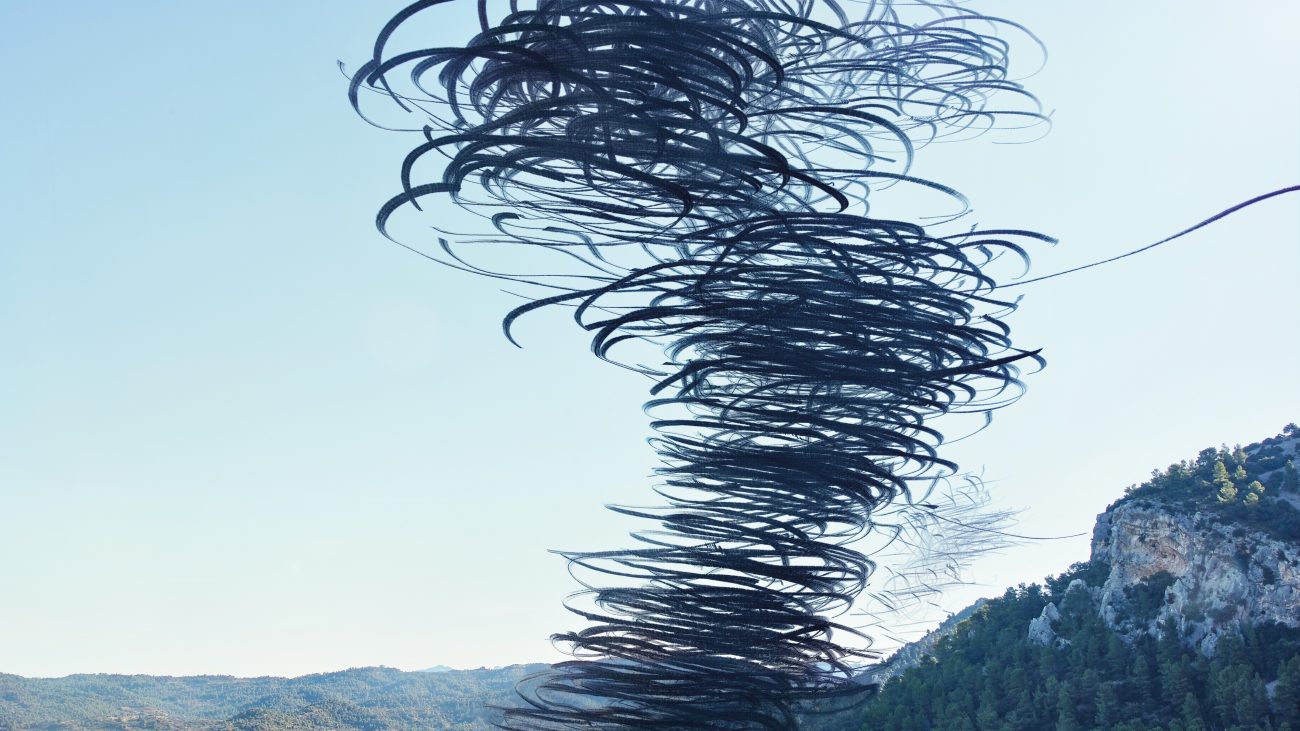 Above the Llobregat Delta, alpine swifts wheel and dive, while herring gulls soar, arrow-like, straight across the sky. As he watched them, Xavi Bou began to wonder what kinds of ‘footprints’ the birds would leave behind as they flew. If animals had tracks that betrayed their identity, did the birds’ wings describe a distinctive shape as they moved through the air?

Bou works at a retouching studio in Barcelona called Lacrin, which he co-founded in 2009 after stints as a fashion photographer and in teaching. When he was a child, his grandfather used to take him birdwatching, and the passion never left; he travels with the Spanish Ornithological Society to areas of notable bird life, and started trying to document what was around him.

“My first attempts were five years ago, and I started recording what I had handy,” he says. “It was spring, and the area I live in was quite full of swifts, so I took a video of them flying around.”

Bou realised he needed to freeze each instant of flight in the air. Videos didn’t capture it. Long exposures blurred the birds’ movement. He wanted something more precise that would show the exact positions of the wings. Realising he’d need to composite multiple shots, he turned to burst mode, and picked up a cinema camera in order to do it.

“I needed a camera which was able to record in RAW format, a minimum of 4K in slow motion,” he says. “The camera with these characteristics which is most accessible and affordable is the Blackmagic URSA.”

Bou shoots 30-60 frames per second. Each final image comprises between 150 and 1000 frames. It’s a technique called chronophotography—from the Greek word ‘chronos’, meaning ‘time’—and the same one used by Eadward Muybridge to prove, in 1878, that horses gallop with all four feet off the ground.

Chronophotography freezes every single movement of an object. Bou’s innovation is to overlap all the frames, to see the overall shape produced by the full range of motion.

In his composite images, a flock of greater flamingos zigzags in parallel motion across the sky. White storks swoop in a vortex, like calligraphic flourishes. A common tern veers drunkenly through the air. Bou’s images even catch the fleck of darkness at the edge of the wing of a Audoin’s gull, the droplets that fly as a black-winged stilt leaves the water.

He titled the series Ornitographies, ‘bird writing’, because the trails look like signatures left by birds in the sky. 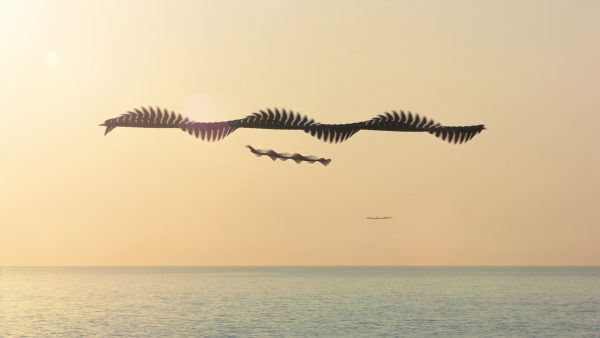 Adding to the series requires finding blank, minimalist landscapes that don’t draw attention away from the birds’ flight paths.

Bringing everything together is, as in any form of nature photography, the luck of the draw, he says.

“To get a good location, plus the perfect time or light conditions and then get the chance to have the birds you were waiting for passing just in your scene, all together, is, to be honest, quite difficult,” he says.

“The bird is a variable that one cannot control at all. I go to places I know certain birds are living or passing by at that period, and I usually choose nice spots at good moments for them to appear and the light to be beautiful, but even so, animals are absolutely unpredictable.

“There are a lot of frustrating moments—but I have to say, when everything comes together, it’s very special and magic.”