“Sound is 50 per cent of the moviegoing experience,” said George Lucas. For photographers, whose existing skillset lies in the visual aspects of a shoot, recording sound can be a challenge.

The key to sound is in choosing the right equipment for the job. There are three basic microphone setups for recording audio: lapel, hand-held or boom-mounted, and camera-mounted.

A lapel mic is a discreet choice as the talker doesn’t need to pay any attention to it—clip it on and they can forget about it. Make certain the lapel mic is omni-directional so that it picks up sound equally from all directions. This means it doesn’t matter if the subject turns their head to the side—the sound will be consistent.

Omni-directional microphones are also less sensitive to wind noise (you cannot remove wind noise once it is in your recording) which makes them the best choice outdoors. Remember to use a good windscreen outdoors and a fluffy one when you need to. 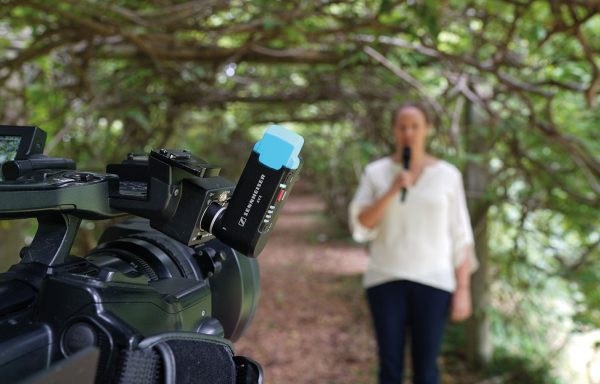 Clip the microphone about 20 centimetres down the person’s chest, centrally is best, but off-to-the-side is fine. Don’t clip it at the person’s neck-line because the sound will be too boomy.

There are some wired lapel mics on the market, but the more popular choice is the wireless variety, which allows freedom of movement. These systems have a small transmitter that slips into a pocket or clips onto a belt, and a receiver that connects into the audio input of the camera. Sennheiser’s new AVX system includes a small receiver that can clip onto a camera without adding much weight, and it’s quick to set up.

Another option is to use a separate recorder and a purpose-designed lapel mic, such as the ClipMic Digital, which has a high performance Apogee analogue-to-digital convertor built into its cable. It has a lightning connector so is only Apple-compliant, but operates on iPod Touch, iPhone and iPad. Plug it in, press record, hide it on the subject and sync the sound later in post.

Hand-held cardioid microphones are named for the heart-shaped pick-up pattern around the microphone capsule, which is designed to capture ‘direct’ sound while rejecting ambient sound from the side and rear.

These suit noisy environments such as heavy traffic, crowds or nature. There are wireless versions of more general-purpose microphones available, too.

Omni-directional models can be a good choice for interviews where one microphone is shared, as they pick up sound more evenly when passed between subjects. 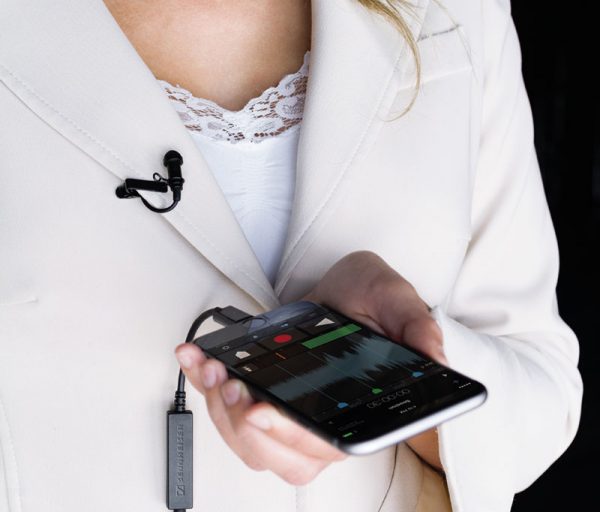 You might have seen people using a ‘shotgun’ microphone on a boom overhead, or held low out of shot, pointing to the talker’s mouth. The shotgun mic has a very directional pick-up pattern, rejecting sounds from anywhere except in front of it. It’s also a solution for keeping the mic out of shot.

Cables usually don’t pose a problem in this situation, but if you want a wireless solution, you can add a plug-on transmitter such as Sennheiser’s SKP 100 G3, which can turn most microphones with XLR connectors into a wireless microphone.

The scenarios above put the microphone close to the sound source, but many people will want to record sound from a microphone mounted on their camera, ‘run and gun’ style.

Microphones designed for this application are typically shotgun mics, which are good at rejecting sound from the sides. These have a very narrow pick-up pattern directly in front of the microphone. Generally the longer the mic, the more directional it is, delivering good coverage of a sound source up to a couple of metres in front of the camera and reducing ambient noise. The further away the sound source is from the camera the more this balance will shift towards the ambient sound.

Stereo capability brings a fuller sound field to your recordings. Some stereo mics are highly directional, but some allow a lot of ambient sound to enter the recording. Look closely at the product description and test it out before you purchase. The Sennheiser MKE 440 is a directional stereo microphone to use on your camera. 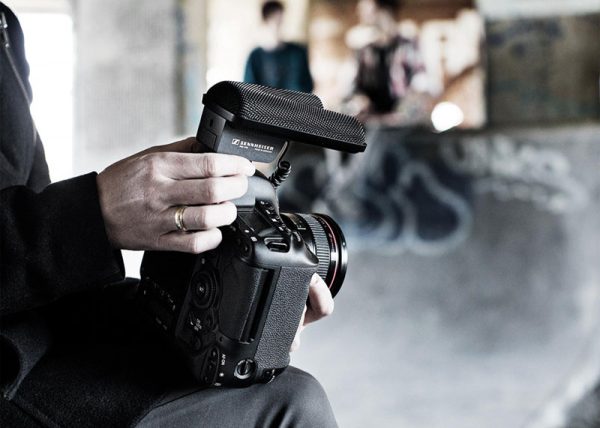