When night falls on the Greek island of Chios, its people turn their hands to making gunpowder. Preparing fireworks is a year-round activity, but it accelerates with the spring, reaching a frantic pace as Orthodox Easter nears. The rockets—thousands and thousands of them—are destined for one purpose, and one night only: Holy Saturday. They’ll be fired at the two churches of Vrontados, a coastal village on the island’s east, in a four-hour frenzy of smoke and sparks—while mass is held within.

It’s one congregation against another, Agios Markos versus Panaghia Ereithiani. The churches stand on hilltops about 400 metres apart, and the objective is to hit the opposition’s bell tower. Direct strikes on the belfry are supposed to earn points, but no one ever wins. The parishes vow to settle the score the following year. And so it goes on.

Rouketopolemos, or ‘rocket wars’, is more than a century old. No one is sure exactly how it started, or why, but one legend holds that it began during Ottoman rule in order to distract the Turkish authorities from the Greeks observing Easter mass.

Now, Rouketopolemos is a significant source of tourist income, drawing visitors, news crews and, this year, New York City-based video production collective Variable, which sought a different side of the story to tell.

Director Salomon Ligthelm had seen news footage of the rockets on YouTube and, together with producer Alexander Friedman, decided it was the perfect subject for a storytelling experiment that blurred the lines between documentary and short film. They hired a Greek fixer, Eleni Fanariotou, while cinematographer Khalid Mohtaseb set about testing a range of cameras in low light with all the fireworks he could get his hands on. They’d only have one chance, even if it lasted four hours.

The team landed on Chios a week before Holy Saturday, unsure of what they’d find. Ligthelm’s previous personal work was largely fictional, stories he’d had total control over, but this time he had to step back and see what came of the encounters Fanariotou had set up. 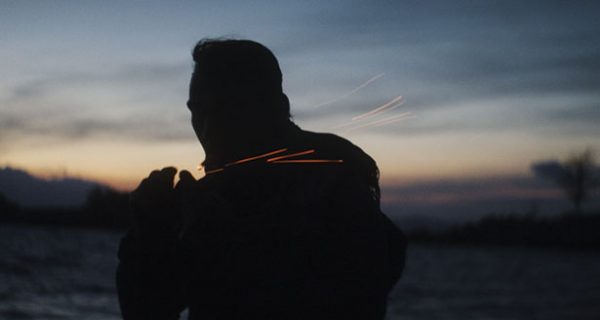 What the crew found was tension in the air, the atmosphere becoming more and more charged as the week wore on. Ligthelm also discovered the ringleader of the rocket-makers—a local florist who was obsessed with the annual war. “It was pretty hard at times getting into the place where the guys were actually building the rockets because they were so busy—they probably did two or three all nighters while we were there,” says Ligthelm.

“People still say that to get an authentic documentary you have to throw aesthetics out the window, or if you want to get something beautiful you have to fake everything, so it’s really exciting for us to push against those expectations.”

But wrangling his human subjects, and allowing them to drive the narrative, proved a welcome change from his day-to-day grind. “It’s really nice working with subject matter where you’re a slave to whatever their story is,” reflects Ligthelm. “It’s that more collaborative, human process. In commercials things are very boxed.”

“There were things we wanted to control in order not to sacrifice the look and feel,” says Friedman. He describes the resulting film as a hybrid of narrative and documentary.

“I love that hybrid because I feel like people think you can’t do it,” he says. “People still say that to get an authentic documentary you have to throw aesthetics out the window, or if you want to get something beautiful you have to fake everything, so it’s really exciting for us to push against those expectations.”

Ligthelm is interested to see if he can take the genre-blending further. “I really want to try something where you don’t know it’s a documentary—if I could remove the idea of the interview and have interactions between people that aren’t staged.”

Production agency Variable was founded by a collective of directors, producers and DPs, and their personal projects sit side-by-side online with commercial work for the likes of Samsung and Audi. So far there are a couple of other passion projects in development—perhaps this time they’ll take place in New York City, rather than a Greek island. “You just have to be strategic about how you facilitate those projects,” says Ligthelm.

“The ideal model for the company would allow for this kind of work side-by-side with the commercial work we do,” says Friedman. “It’s hard to take that leap and put time and money into something that will not have a tangible return. But it’s also just the best stuff we get to work on. We keep reminding ourselves that it’s something we need to do for us and for the company.”